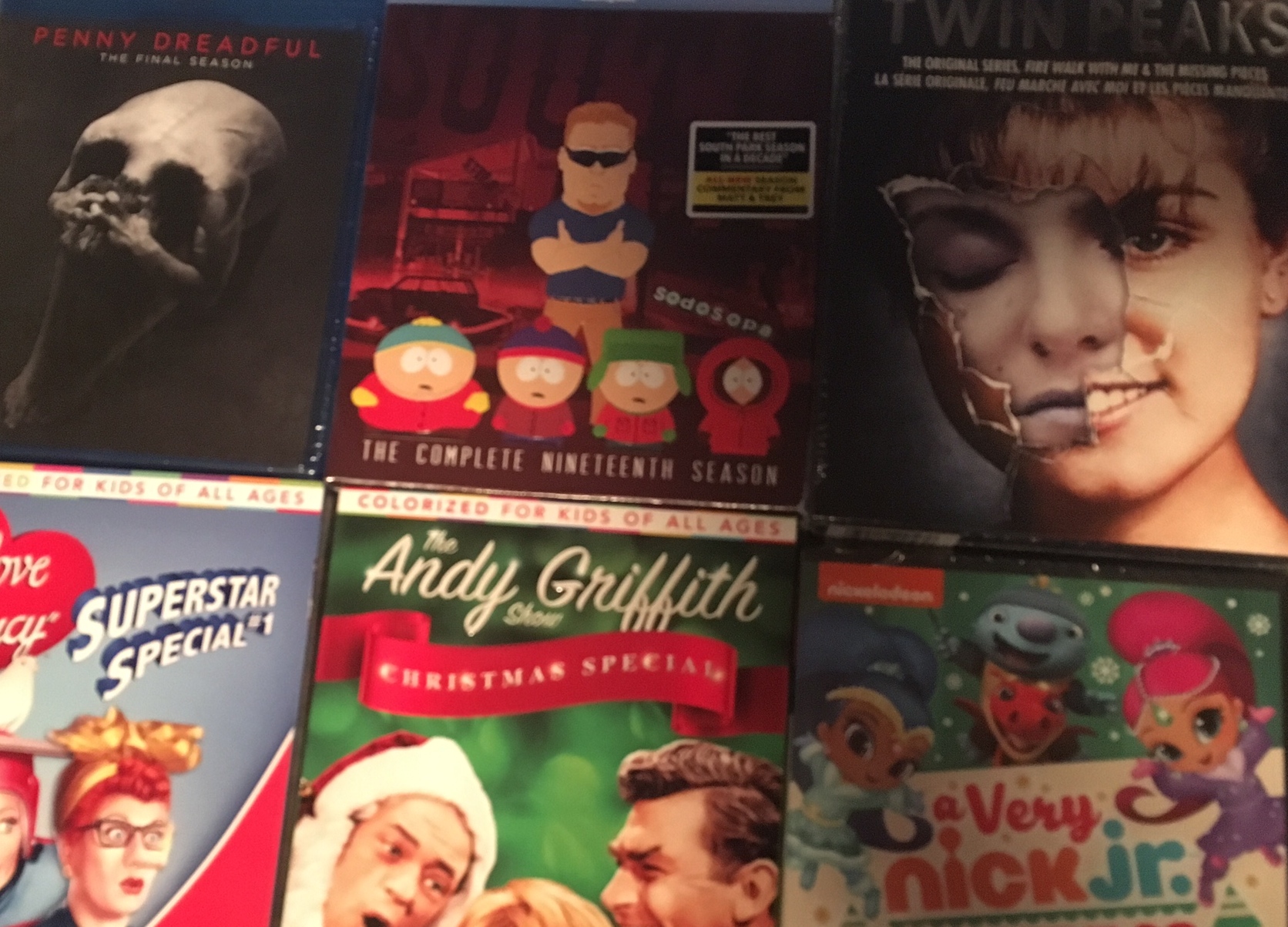 The Good Wife (The Final Season)
Arguably the one truly great network drama in an era where such a thing seems like fiction, especially on CBS, The Good Wife’s final season was a bittersweet affair. It was never the same after the loss of Josh Charles’ captivating Will in season five but it was hard to part with nevertheless. Sometimes I think I’ll miss Eli most, then Diane, but realistically it’s Cary; definitely not Alicia. To commemorate the final season, Paramount has loaded the DVD set with some pretty decent farewell-themed special features (including a very welcome piece on the show’s score) but all I really wanted was an audio commentary or two from the incredible cast and, most importantly, the Kings (the showrunners who have moved onto way more fun things with BrainDead this summer). The show has great rewatch value so the DVDs are excellent buys, but you should only get season 7 if you already have all the others because, on its own, it’s not quite full impact Good Wife.

The Andy Griffith Show (Christmas Special)
Two episodes of a half hour show really isn’t enough to justify a DVD purchase but this pair of newly colorized Christmas episodes- “Christmas Story” and “The Pickle Story” are a cute package.

I Love Lucy (Superstar Special)
This DVD is also a weird purchase considering it only has two episodes- “LA at Last” where Lucy meets William Holden and “Lucy and Superman” where she attempts to trick kids into going to Little Ricky’s birthday instead of a competing one. The latter comes with an audio commentary by the now-grown kid actors, though, so maybe it’s all worth it.

A Very Nick Jr. Christmas
See now this is more like it. 6 Christmas episodes that cover the spectrum of current Nickelodeon hits: Blaze and the Monster Machines, Shimmer and Shine, Dora and Friends, Bubble Guppies and two episodes of Wallykazam!. 137 minutes of diverse entertainment makes for the perfect holiday kids DVD (second only to my family’s taped-off-tv VHS of Christmas specials from the late 80s featuring the greatest Christmas episode ever- Sesame Street’s “Gift of the Magi”)

Penny Dreadful (The Final Season)
The cover art for this blu-ray (pictured right) is stunning as is the sheer number of special features on this excellent release of a season fans didn’t know was the end until it was already too late. Saiya wrote 3381 words on the finale so you know it’s worth revisiting.

South Park (The Nineteenth Season)
Around this time last year, my favourite pop culture writer (EW’s Darren Franich) published a piece entitled “This is the best South Park season in a decade”, which is insane considering this is the seminal animated show’s 19th(!) season. Trey Parker and Matt Stone are always generous with the special features though a “season commentary” never quite compares to episode commentary which here only exists in “#Social” form.

Twin Peaks (The Original Series, “Fire Walk With Me” & “The Missing Pieces”)
The scariest cover art I’ve ever seen hides the essential remastered complete set of this beloved David Lynch classic. The series will get a reboot/continuation soon but odds are it won’t compare to the original material, all of which is here including the prequel film and 90 minutes of deleted/alternate scenes.