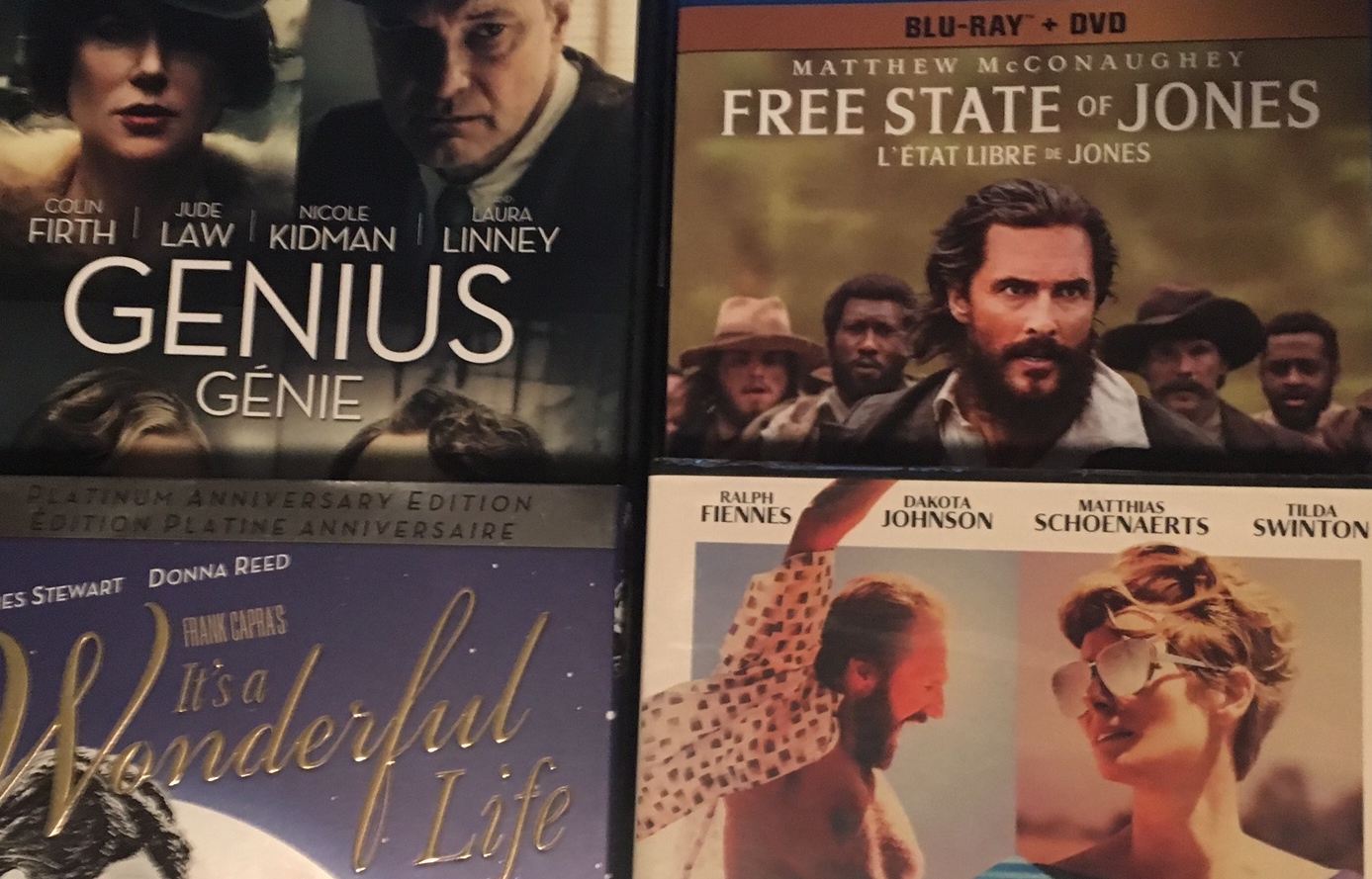 Genius
Written by heavy-hitter John Logan (Gladiator, Hugo, Any Given Sunday, Skyfall) and starring the marquee combination of Colin Firth, Nicole Kidman, Laura Linney and Jude Law in a career-best performance as Thomas Wolfe, it’s confusing to me that Genius didn’t get a bigger release and an Oscar campaign. It’s an oldschool true story period piece with a big heart and more than a few beautiful moments. The DVD, however, is as sparse as possible with a shoddy menu and zero special features.

Free State of Jones
This Gary Ross-directed period drama starring Matthew McConaughey got slightly more attention than Genius but slipped into home video with barely a sound after a nearly non-existent theatrical release scored only $20 million (the budget was $50 million) but it’s a sprawlingly cinematic adventure based on a true story with a key supporting turn by Gugu Mbatha-Raw, one of the most underrated UK actresses in Hollywood right now. When the trailer first came out, I was sure this would be a major Oscar release. I have no idea what happened to make that not the case. The DVD only has one special feature- a shallow but interesting featurette on the history of Jones County.

It’s a Wonderful Life
It’s only been a few years since the last special edition of this Frank Capra masterpiece and the Platinum Anniversary Edition isn’t all that different but, just in case there’s someone out there who doesn’t already have a beautifully restored copy (including both black & white and colour versions) with a few great special features (a making-of documentary and theatrical trailer plus souvenir art cards), why not release it again? Feel-good films simply don’t get better than It’s a Wonderful Life. I sob like a baby every time I watch it. A true classic that’s as fun and moving the 20th time as the first. A must-have for humans.

A Bigger Splash
This Luca Guadagnino-directed character piece is a strange duck. It’s tonally dissonant and nearly impossible to synopsize but the look of it is magnificent and the casting is delicious. Ralph Fiennes is expertly absurd in the film’s most flamboyant role, foiled by a transcendent Tilda Swinton as a famous singer whose injured vocal chords make her almost entirely silent throughout the film. Matthias Schoenaerts is also there, proving once again that casting directors across the world have decided he’s the go-to man for “perfect”.