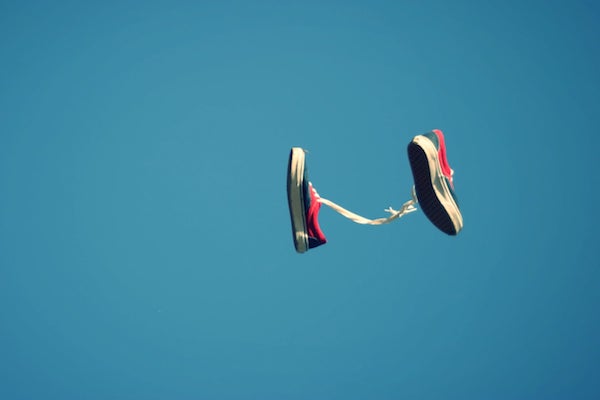 Flanery was the love interest in a ridiculous 1999 romantic comedy called Simply Irresistible. Patricia Clarkson played his best friend, Dylan Baker played his boss, he fell in love with an untalented but beautiful chef played by Buffy, her sous-chef was D’Angelo Barksdale, and their love made literal magic. I mean, does that not sound like the best movie you’ve never heard of?! I was ten years old, it was my favourite movie in the whole world, and I was madly in love with Tom Bartlett, an obsessive compulsive department store manager played ever so dreamily by one Sean Patrick Flanery.

Here’s a picture of him demonstrating perfect thumb acting, in my opinion the number one skill of any great romantic leading man:

But Sean Patrick Flanery is not Tom Bartlett. Like, at all. He’s not a meticulously put-together over-thinking New Yorker who designs upscale restaurants. He’s a rough-and-tumble southerner who runs a martial arts academy and probably wishes I would stop talking about Simply Irresistible (his author bio mentions he’s been in over 100 movies and TV shows “some of which he hopes you haven’t [seen]”; something tells me he’s not talking about Boondock Saints). So I’ll stop talking about why I read Jane Two and actually tell you about Jane Two.

Jane Two is about a poor, athletic, romantic, well-liked boy named Mickey living out his adolescence in Texas before heading to Hollywood and leaving everything behind. Nothing about Mickey’s character as it’s presented to us suggests he has any interest in the film industry, to the point that I’d call his fate bad character writing if I wasn’t so convinced that Mickey goes to Hollywood simply because Flanery did. This debut novel feels, as so many first works do, like a piece of the author, hewing so close to the details we know about Flanery’s own upbringing and world view that it’s almost a memoir. The details are surely changed, feelings extrapolated into plot points to give us a sense of the thing rather than a faithful recounting, so maybe it’s more a portrait than a photo, a roman à clef taking lots of license, a fiction based on a true story, a non-memoir memoir.

Because the book feels so strongly like a personal memory, I’m tempted to give the author the benefit of the doubt when he very precariously walks the line between “keenly honest evocation of the mindset of a time and place” and “naive insensitivity manifested in dated, offensive language and concepts”, but there are definitely problems here. The manic pixie dream crush who gives the novel its title and its connective tissue sits high on a pedestal with little real character development, the consideration of women as either “marriage material” angels or silly sluts like Mickey’s sister Lilyth being just one of the questionable life lessons that permeate the pages of Jane Two. There’s plenty of sweetness in the book but it’s soured by a potently toxic masculinity that is treated with too much reverence to pass off as the unsentimentally accurate world-building I wanted it to be. It becomes too much to ignore when Mickey brutally beats a bratty rich kid for hurting his feelings then uses his first person narration to smugly assert that the “situation required it” (it most certainly did not) and his Granddaddy would be proud of him (maybe, but he shouldn’t be). A Holden Caulfield-style unreliable narrator who sucks us into his worldview and teaches us the wrong thing is a fascinating device but this is more a cute, optimistically romantic little coming-of-age story starring a definitive “good guy”; things just get a little rocky when the reader and the writer disagree about what makes someone good.

I wanted so badly to like Jane Two and there were certainly elements of it I enjoyed. The incident at Piccadilly Cafeteria pays off beautifully, Steve McQueen (Mickey’s dog) plays a moving supporting part, and the character of Kevin is worthy of his own novel. But the writing just isn’t strong enough to fulfill the potential of this story. Flanery fails to capture Mickey’s world with the distanced perspective it needs, maybe because it’s not just Mickey’s world, it’s Flanery’s too.