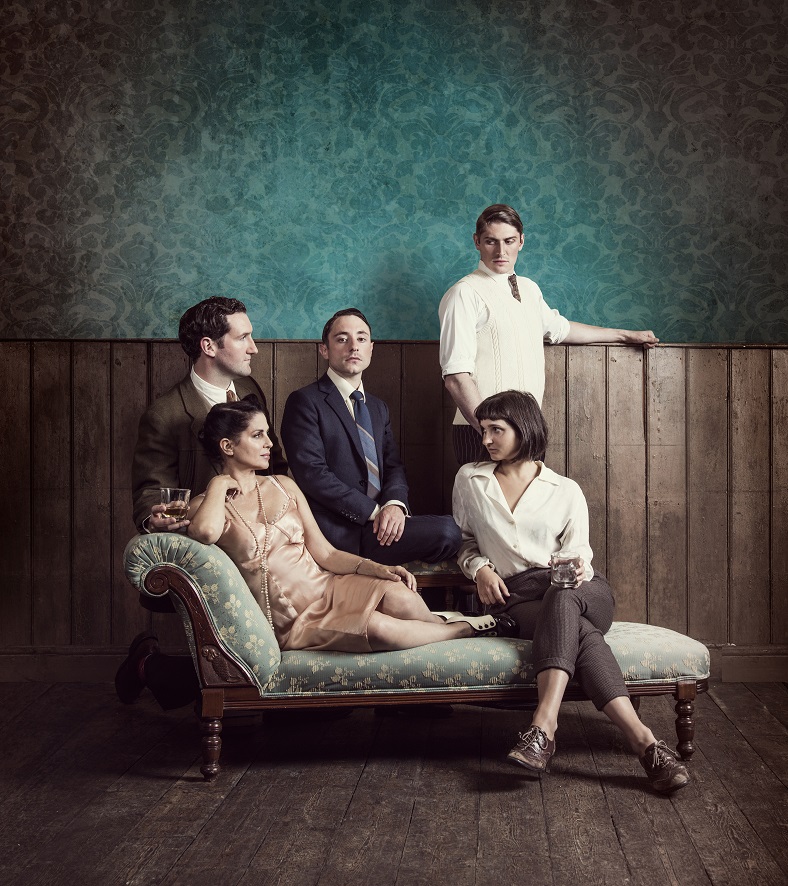 Second World War stories always seem to be crowd-pleasing, bringing in elements of tragedy, violence, treason and, in this case, flamboyance. Britten in Brooklyn tells the story of British composer Benjamin Britten as he moved to Brooklyn in 1939.

It is an interesting play because it combines the American reluctance to enter the war and the conscience of the British artists who left when it began. The New York lifestyle seems too good to be true at any decade, but here it seems specifically surreal. Parties with Salvador Dali and Gertrude Stein talking about politics and war sound like a dream, though, perhaps due to a lack of the actors to fill out these scenes, the production is not surreal enough. The narrative also hinders, rather than helps, the aim for escapist decadence. It starts out in a rather confusing manner: it begins later when Britten returns to England and is questioned by the government for the purpose of his decision to leave. Then it switches back to 1939 when he first arrives in Brooklyn and it is unclear whether this adds anything to the play’s mood.

Despite this, the production possesses a wonderful décor for anyone wishing to step back in time. Cecilia Carey’s set is gorgeously disorganized; it could not be anything other than the house of artists. From the clothes to the lampshades, attention is given to detail and the result is stunning.

The cast, however, is uneven—sadly, the set design is at times better than the acting. Ruby Bentall’s portrayal of the alcoholic Carson McCullers gets a little tiresome at moments: her yearning for Gipsy’s love is adolescent and weighs down the performance a little. There also does not appear to be chemistry on stage, and the actors fail to add real depth to their performance, with the exception of Ryan Sampson. He gives a terrific performance of a man wanting to live but devoured by guilt. His character could be tremendously annoying but he makes it charming.

For fanatics of WWII stories that don’t care much about top-quality acting, Wilton’s Music Hall is the place to be.