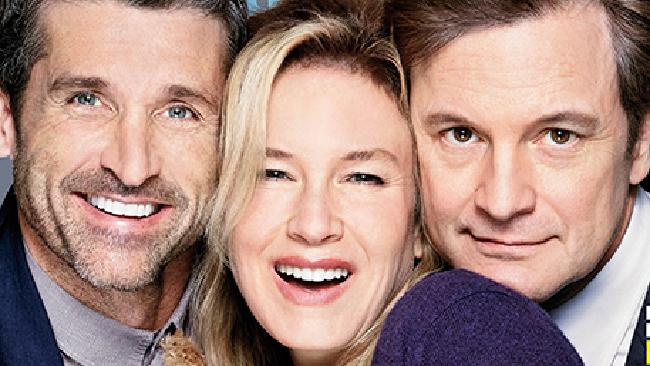 Keeping Up with Ms. Jones

Bridget Jones’ Baby is like a time capsule of the liberal mores of fifteen years ago – a time when it was progressive to indulge in “feminism by marriage plot” or when light, good-hearted gay panic jokes were the height of mainstream liberal sophistication. A time when the Carrie Bradshaws, Rachel Greens, and, yes, Bridget Joneses of the world were wondering “can we have it all?” while falling in street grates and being rescued by handsome, wealthy men.

What’s worse, Bridget Jones’ Baby knows this, and is pissed about it. Much of the movie is a lightly guarded tirade against millenials who, in the parlance of this film, are all cynical new media junkies wanting to make content about Hitler Cats in place of real news. In fact, one of the (inexplicable) moments of self-actualization involves Bridget going on an extended rant about millennial cynicism. Also on the movie’s hit list: online dating, bangs, ironic facial hair, and live streaming.

The movie is occasionally charming in spite of how out-of-time it feels. The Mamma Mia-inspired plot sees Bridget Jones, 43 and still single, but skinny now, decidedly knocked up. The two candidates are the perpetually almost-true-love Mark Darcy and the new, shiny McDreamy, Jack. After a bit of light “will she tell them or won’t she?”, the majority of the movie is Bridget’s attempts to deal with the things she is good at and those she is not, and how a partner would fit into raising this new life.

The movie is at its best when its focus is on Bridget – Renee Zellweger is funny, vulnerable, and unique in the role and I could watch her sing along with rap songs all day. Her support group may have gained husbands and babies, but they remain funny and cute. And some of the gags – like Bridget at a spin class and the entirety of Emma Thompson’s acerbic OBGYN character – are inspired and fun and have that same light touch and lived-in grace as the originals.

The biggest problem, for me at least, is the romance. Given that the movie seems to have little interest in Bridget’s career (she quits/is fired and that thread is never picked up), or in her friends, or even particularly in that titular baby and all the ways it’s about to rock Bridget’s existence, it better damn well nail the romance. But since there’s no way that Bridget ends up with anyone other than Darcy – this isn’t a bold enough movie for that – it leaves us with a bunch of empty choices and an entire (very handsome) character with nothing to do outside of what plot machinations need him to do.

And oh Patrick Dempsey, you deserved better. I know that Hugh Grant’s refusal to come back meant that there was a charming-but-not-quite-right hole to fill, but the script can’t decide if there’s menace behind Dempsey’s twinkly eyes. Rather than give in to one side or another, the film just makes him a manic pixie dream mathematician with one minute of inexplicable villainy. Dempsey does his best with what he’s given. In fact, he’s almost too perfect; I wanted Bridget to dump Mark “I’ve now been married twice to other women” Darcy and give herself a real chance to fall in love with the generous and genuine coder who doesn’t run away when his one night stand tells him she’s pregnant NOR when she basically leaves him for another guy.

In a weird sort of way, robbing Bridget of her obsession with her weight (save for a convenient scene early on) makes her single-minded focus on the men in her life feel particularly glaring. I like the filmmaker’s reasoning for why Bridget is skinny in this go round – they wanted to show that, even without the weight, her life still isn’t perfect (although I suspect it had more to do with the fact that gaining and losing substantial amounts of weight is more pressure on your 43-year-old actress than it was on her 30-year-old self) but it made her story less “I’m Every Woman” and more, well, Mamma Mia.

More than anything else, this Bridget Jones outing just didn’t feel as well lived-in as the first one. And while some of the jokes still hit, the emotions weren’t right. Or, as Bridget’s newly electronic diary might say: