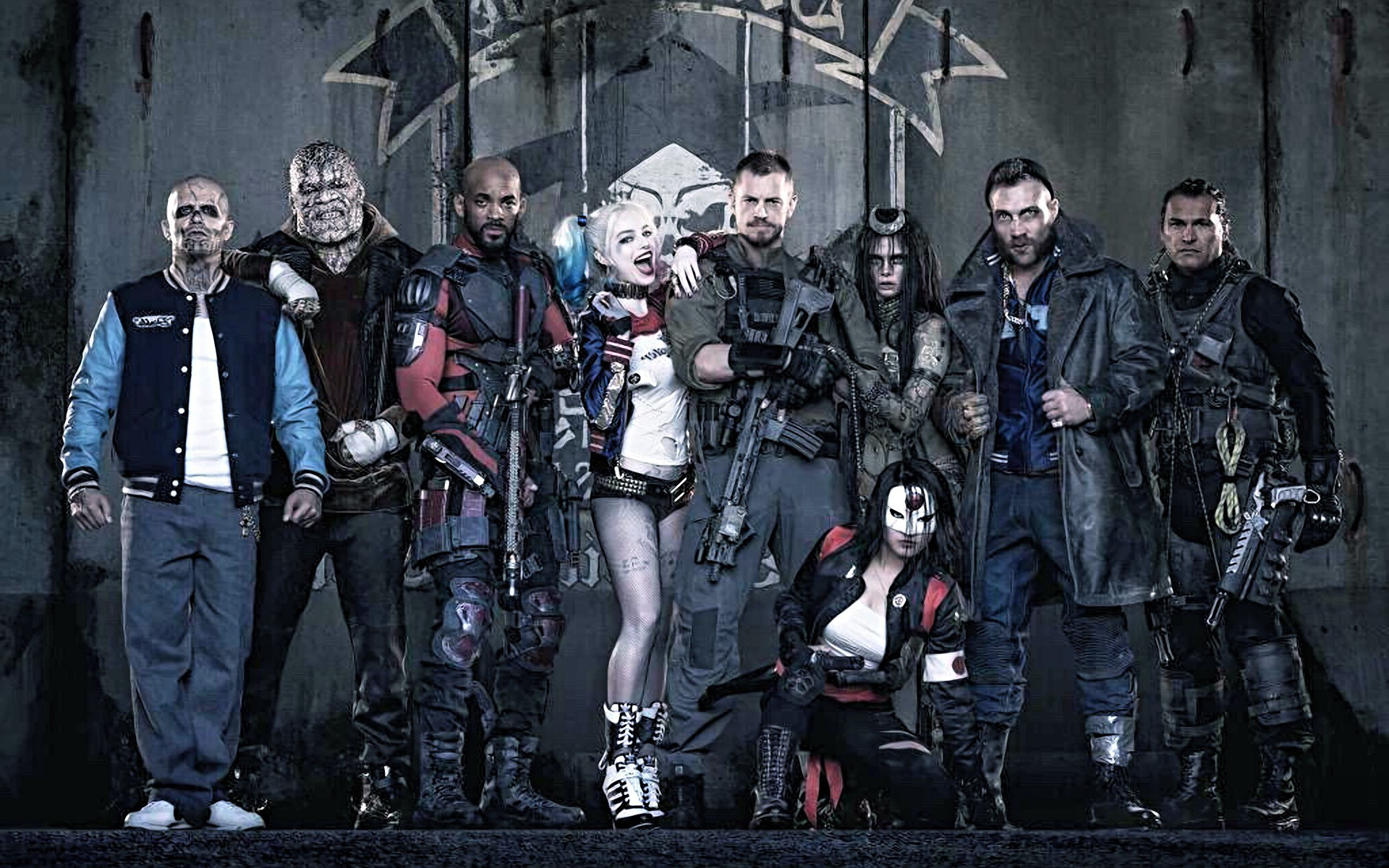 There are a lot of reasons to hate on Suicide Squad. The casually misogynistic way it treats Harley Quinn. The racist (and mysognistic) way it portrays Katana. The senselessness of the violence and messiness of the themes.

But honestly, it was also just a truly poorly made movie – a beautiful, meaningless, poorly constructed mess. If the Nolan movies are authentic Prada, then this is Proodo. It looks similar, but it falls apart if you look at it too hard and is probably going to give you bed bugs.

Let’s start with the good stuff, shall we? Margot Robbie is a goddamn treasure and, despite what the script does to her, she manages to make Harley Quinn interesting and fun and damaged and real. She belongs in a better movie, but she’s nonetheless a goddamn delight to watch.

And Will Smith is… pretty good? This movie isn’t an out-and-out Smith disaster and his charisma almost helps to sell a character that makes no sense.

And it looks good! It’s very well shot. Director of Photography Roman Vasyanov did a fantastic job constructing his shots and the costume designers, while definitely influenced by a certain level of sexism, really brought their A game.

And really… that’s it. That’s my good stuff.

The storyline makes zero sense, even in a world in which I am being asked to accept that the US government would go to a group of seriously dangerous ex-cons over, I don’t know, Batman and The Flash (both of whom make cameos in this movie, so we know they are around). The characters’ motivations jump and jostle as needed by the script. In one scene, Will Smith’s Deadshot says to Harley Quinn that he is incapable of feeling love, despite the fact that the WHOLE DAMN POINT of his character is how much he loves his daughter. It’s stupid. And it’s CONSTANT.

Nowhere is this more clear than with the normally excellent Viola Davis’ Amanda Waller. Now, even in the comics, Amanda Waller is a bit of a problem – completely willing to sacrifice the one for the many and unbothered by collateral damage. But the movie also makes her an idiot. She randomly shoots her co-workers for merely hearing about classified information. She vastly overestimates her control over a mystical being it is obvious she can’t control. And she inexplicably blackmails the only good person in the bunch.

Which brings me to Captain Flagg, whom I should have been routing for but in this iteration is just a milquetoast brand of patriot for Smith’s Deadshot to trade limp barbs with. His motivations rarely make sense – complete with a late-in-movie “revelation” that is just a literal re-playing of a scene we already watched – his love story looks more like a father caring for his teenage daughter and, despite the fact that he is supposed to share the movie’s backbone with Smith, I never really cared if he lived or died.

The clunky dialogue too on-the-nose and the movie is never as audacious as it wants to believe it is. It’s more often of the gentle, self-serious variety. Because the film never really believes in its own characters, because they never actually have a moral compass to violate or not violate, it makes their moments of triumph hollow and their moments of disobedience surprisingly joyless.

Which is all to say nothing of the Joker, whose practically cameo role in this I truly hated beyond measure. He’s here to do little else than get Jared Leto to hang out at press events, only ever existing tangential to the plot and, frankly, the movie would be stronger without these unnecessary deviations.

If I sound overly harsh, I probably am. But I love me a superhero movie, and I resent the amount of time and energy and money that went into making this one so lame. I am down for a boundary pushing anti-superhero movie. But this wasn’t it. It was just a boring-ass superhero movie where they were allowed to punch women in the face willy nilly and shoot people for no reason.