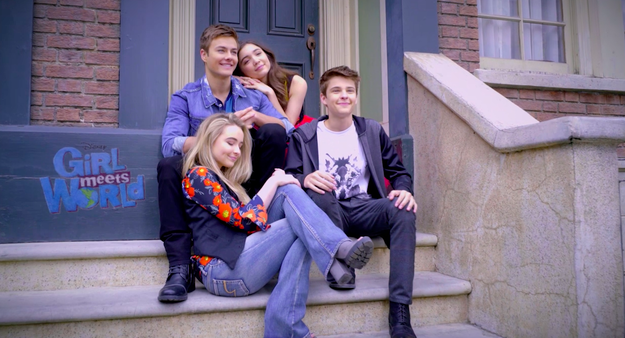 “True Love” will be a sporadic new feature in which I tell you about things in pop culture of which I’m an unabashed fan, whether it’s an embarrassing thing to admit or not. Love is how we all felt about Parks & Recreation, True Love is maintaining that Super Fun Night was the best sitcom in years even though I’ve yet to encounter a single person who agrees with me. This series will highlight all of my favourite things, no matter how silly, dated, un-news-worthy or generally maligned and/or ignored they may be.

My love of Girl Meets World has been well-documented. It’s an uneasy love, one that comes largely from nostalgia and loyalty and is then sustained through bouts of terrible episodes by the few absolutely wonderful episodes and the surprisingly strong character development afforded the new central four characters (especially Farkle; love me some Farkle). I am fond of Riley, Maya, Farkle and Lucas but, let’s face it, I’m watching Girl Meets World because I love Cory, Topanga and Shawn and I always will. They’re the first non-Barney/non-Grover characters I remember watching on television; Danielle Fishel was one of my first big interviews; and, while they’ve always been a part of Girl Meets World, the next generation show is honouring the originals even more since graduating from middle school with a new opening credits sequence that mirrors sometimes shot-for-shot the one that featured the original cast during Boy Meets World‘s high school years.

Like One Tree Hill throwing it back to Gavin McGraw for the final season or Dawson’s Creek playing that “home video” footage for Jen in the hospital 4 years after they’d stopped using it to open the show, the extra credit Girl Meets World gets for their new credits isn’t hard-won but it so totally counts because my nostalgic heart tells me it does.