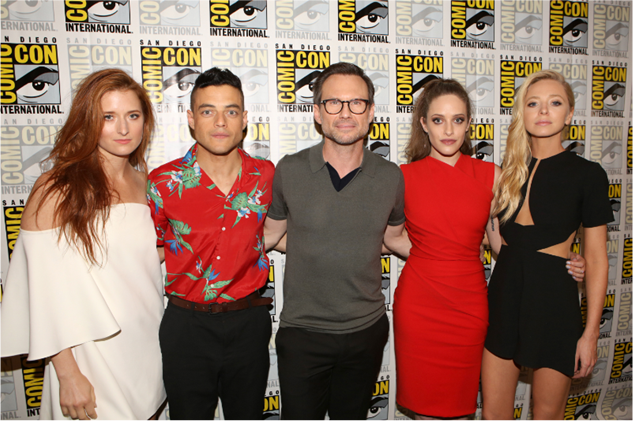 Mr. Robot is the biggest thing to happen to basic cable since Mad Men. It’s a massive critical hit, racking up six Emmy nominations including USA Network’s first-ever Drama Series nod and breakout star Rami Malek who is the odds-on favourite to win Best Actor in a Drama Series. It’s the show that your friends can’t believe you haven’t seen, filling that Breaking Bad spot as the thing all the cool kids are watching.

We caught up with the killer cast of hackers in the press room at San Diego Comic-Con where Malek, Christian Slater, Carly Chaikin and newcomer Grace Gummer were making the rounds answering reporters’ most burning questions about the show’s many many questions.