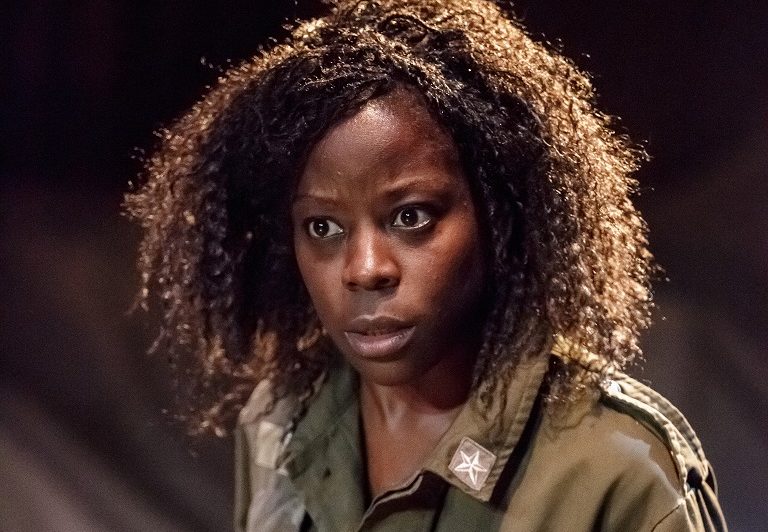 Cargo at the Arcola Theatre

With a mixture of hope, tragedy, war and even a few laughs, Cargo forces audiences to tackle the subject of refugees and what happens when it hits close to home. The audience feels as though they have literally entered a cargo ship. Even the (tremendously uncomfortable) seats make everyone feel physically in the ship. As the show begins, confusion arises as the room goes pitch black and the big tank doors shut; no actors can enter. This is because the actors are already in the room waiting to begin their performance. David Mercatali’s directing is quite creative in this regard. He does an excellent job at letting the actors take the spotlight in a small room without it feeling overcrowded. The set design as well as the helicopter noises in the background are effective in submerging the audience into another world for the performance.

The play, written by Tess Berry-Hart, is fascinating but also unclear. It takes quite some time before spectators can understand what is going on and, even then, there is some room for interpretation. This is not the story of refugees as we know them today. This is a fictional world where England is being bombed by the United States who goes by another name. This is a world where Europe is building a fortress around its borders and won’t let anyone in or out. Some could see this as a dystopian depiction of current affairs, and many people chuckled as one of the actors said that England was no longer part of Europe. In any case, it is a story of refugees where the refugees are British or American. If the evening is too depressing or too sad, one cannot say that it doesn’t make you think. It forces the audience to realize that anyone could potentially need to flee their home when they have nothing left but hope for a better life. It is something many choose not to think of, but it is important to do so when the theatre sends such a strong message.

While the entire performance is strong, it is the acting that makes Cargo so emotionally gripping. This is Jack Gouldbourne’s professional debut as Iz, the young and naïve little brother who is escaping a crime he did not commit. It may be his first but it will not be his last. His performance is truly outstanding. With only 4 cast members, there is not one that outshines the other. Each portrays intriguing characters. Debbie Korley plays Sara, a traumatized woman who cannot remember much of the good days while Milly Thomas portrays Joey, Iz’s older sister, trying to be strong even though she has no idea what to expect once the ship docks in Calais. The mysterious American on board, played by John Schwab, presents an interesting character development. No one knows whom he or she can trust but everyone is terrified.

Cargo is able to voice its statement clearly by presenting dark themes in a dark room. Cargo at the Arcola Theatre is not to be missed.