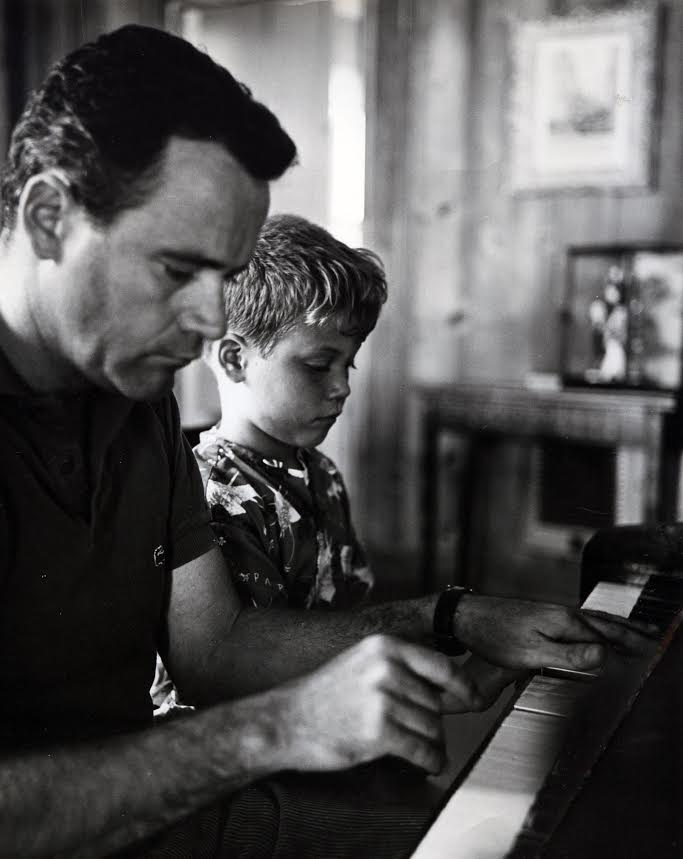 Like father, like son. There is no better way to describe Chris Lemmon’s outstanding performance in A Twist of Lemmon at St James Studio. The resemblance to his father, Hollywood legend Jack Lemmon, is uncanny; no one believes that it is Chris and not Jack speaking to the audience. The performance is based on the novel with the same name, which was, as Chris admits, a work of catharsis. To get over his father’s passing, he needed to write as much as he could down. His dream was to allow his father’s memories to live on. The result is exquisite.

The small venue at St James Studio allows for a more intimate show where everyone feels as though they are truly getting to know the real Jack Lemmon. In the first act, there are a brief few minutes where Chris explains the struggles of being the child of a celebrity. He then switches gears; it is Jack Lemmon telling the story of his life. His mannerism and his voice are identical to his father’s. It is like listening to your grandfather talk about the good old days, only these good old days include New York in the 1940s, parties with Gregory Peck, friendships with Walter Matthau and golf competitions with Clint Eastwood. It is almost surreal to hear the life that Mr. Lemmon led. The spectators are able to discover another side of the actor, the side that went to Harvard, could not pay rent in New York City, met the love of his life and with time and fame, let it all get to him, leading to darker years of alcoholism. The point of the show is not to portray Jack Lemmon as a bad father, even though at times he felt he had been. The point is to present the realities of life. There are good moments and there are bad ones. Against all odds, Chris and Jack became the best of friends. This is not just the story of one man’s life; it is a story of friendship, of love, of struggle, of passion, and of happiness.

Not only was Jack Lemmon a fantastic actor; he also had a love for the piano, which he passed onto his son. The moments where Chris Lemmon sits down to play are moments when time stops. No one is quite sure where they are or who is playing; they just enjoy the music and the reminiscing. Chris acts out scenes from some of his father’s most famous movies, such as The Apartment, Some Like It Hot and The Odd Couple. But there are also movie clips in the second half where the audience gets to enjoy Jack Lemmon through a traditional cinematographic lens. All of these combined promise an enchanting night at the theatre, where admirers of the Golden Age of Hollywood can indulge their curiosity and discover what Hollywood was really like at that time. Until June 18th, Chris Lemmon revives his father in A Twist of Lemmon at St James Studio.