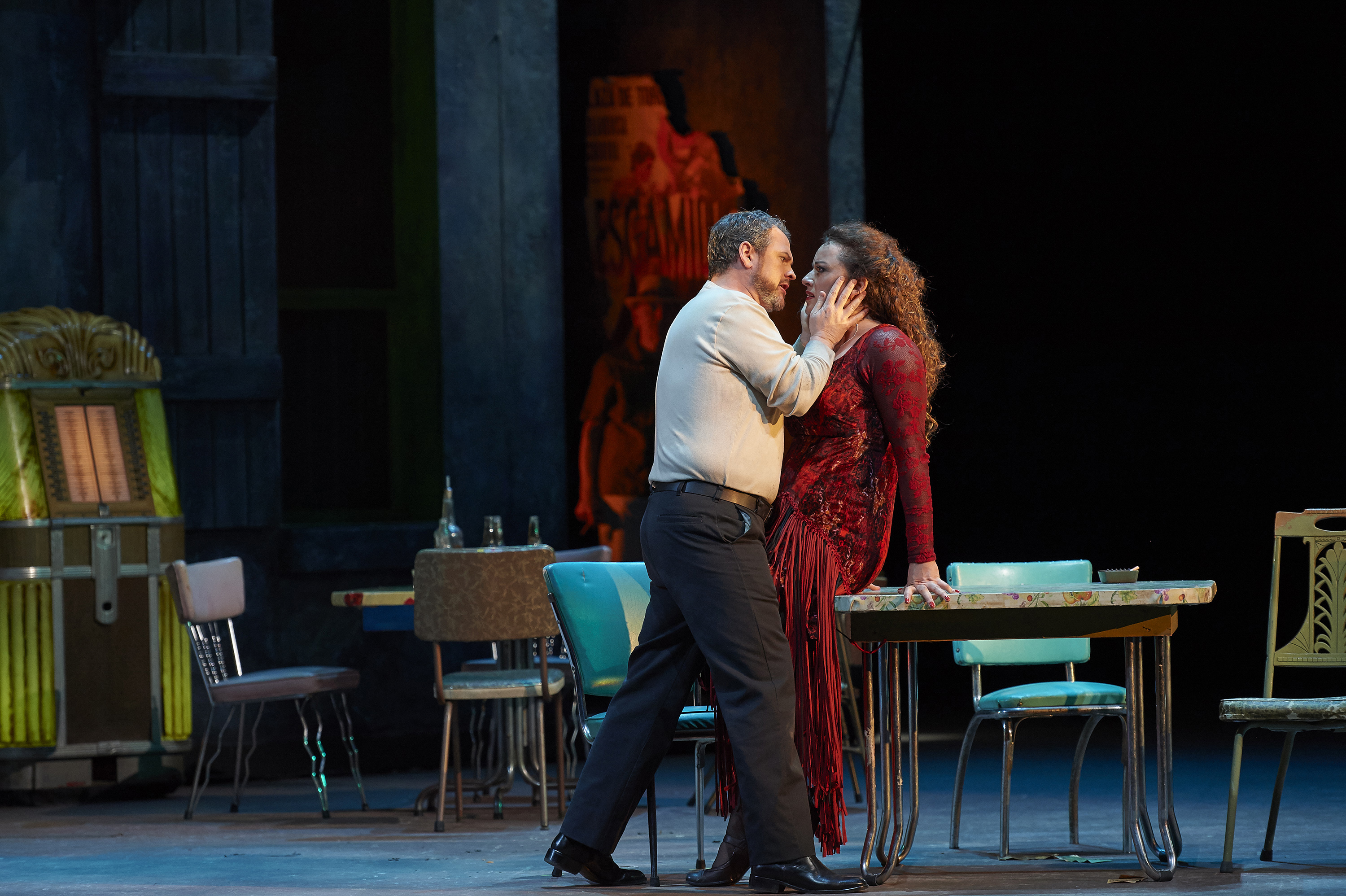 Directed by Joel Ivany in his mainstage debut with the Canadian Opera Company and designed by Michael Yeargan (set) and Francois St-Aubin (costumes), the COC’s current production of Carmen (onstage at the Four Seasons Centre until May 15) is very clean. The stage, the blocking and everything else is neat and tidy with precisely delineated archetypes and big, clear voices.

But that’s not what I want from cigarette factory vixen Carmen and her ugly, complicated story of messy humans living messy lives and making all the wrong decisions. I wanted muck and dirt and heat (Yeargan and St-Aubin’s work gives us no sense of place or atmosphere at all), performers who can’t keep their hands off each other and notes that fly out of them as though desperate to escape.

Clémentine Margraine and, in particular, David Pomeroy (the second of two casts alternating in the exhausting lead roles throughout the run) commit to their disastrous love story to sporadically strong effect but their comfort zone appears to have been respected a tad too much (an epidemic in opera direction, unfortunately). Ivany needed to push his performers to match the intensity of the story and Bizet’s enthralling themes. Instead, the relative newbie settled for keeping everyone happy and everything in its place.