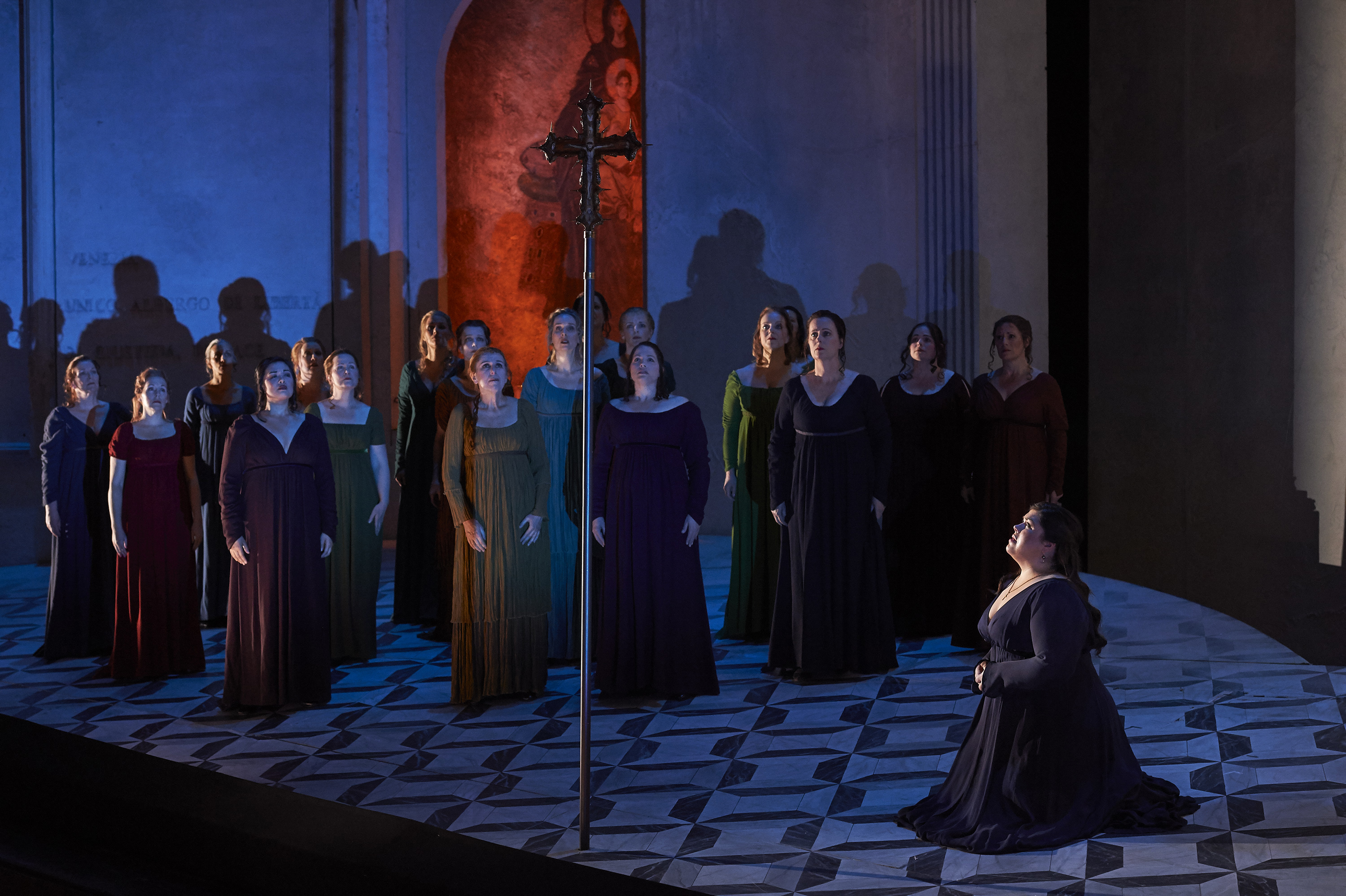 For anyone seeking reassurance that opera still has a place in the modern world, Maometto II is an excellent place to start. Directed by David Alden, the COC’s current production (onstage until May 14th) blends dramatic tension and modern themes to create an utterly compelling performance that is difficult to tear yourself away from.

Luca Pisaroni and Leah Crocetto, both in their COC debut, inhabit the lead roles with all of the inherit contradictions – both as a couple madly in love and bitter enemies on the two sides of a conflict. It is especially delightful to see Crocetto’s Anna begin the story as a demure, obedient young woman and emerge a triumphant figure who sacrifices for her people.

Despite some odd staging choices (the appearance of a belly dancing performance in the second act takes away from the epic pacing), Alden excels at the direction of this unique opera, and artfully engages with some difficult questions. What makes a savage? What makes an enemy? The invader Maometto, rife with modern ISIS imagery, is compassionate and loving towards Anna while her father – considered the noble Venetian – cries that he will use her body as a shield for his men.

Written at a time when recitative opera-seria was the norm, Rossini broke the mold by eschewing the traditional breaks for applause in favour of creating dramatic tension and build up. Alden honours this tradition with aplomb, indeed this is one of the few opera experiences where I have found myself at the edge of my seat. The energy radiates off the stage, as does the gloom of almost certain death, replaced in the second act by the ferocity of battle. Maometto does a fantastic job of blending the artistic with the political, the modern with the ancient, and the classical with the barbarian.