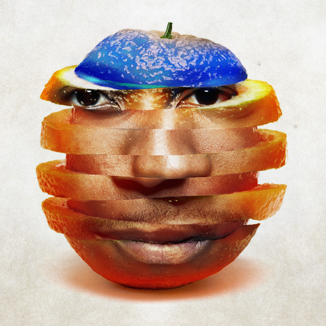 Blue/Orange at the Young Vic

Christopher (Daniel Kaluuya) has reached the end of a month-long sectioning; on the brink of leaving, his doctor, Bruce (Luke Norris), has doubts over reassimilation given Christopher’s severe delusions, though senior consultant Robert (David Haig) believes him fit to leave.

One of the first things we learn in Blue/Orange is that the psych ward bans caffeine. Christopher apparently “knows how he gets” on coffee; Bruce therefore denies him access. Playwright Joe Penhall does the same to his audience, the story a slow-burning three-hander with the stimulation at its conclusion. Although dragging the first act’s end to a standstill, this patient approach lets the production show off: director Matthew Xia compliments the unhinged narrative with a frantic in-the-round blocking on Jeremy Herbert’s immaculate set. Most of his actors are strong: Haig delights with antipathy as a parochial career psychologist suffering from mild racism. His character acts with exquisite condescension, appalling and humouring with remarks so ignorant they show the play’s age (Robert tells Christopher to ‘go and enjoy some reggae music’). With a wholly different task, Kaluuya’s performance is effectively tragic, his violent Otherness emulating the common misconception of the mentally ill as unknowable and dangerous. In contrast, Norris is weak, mistaking incessant inflection in every line for naturalism, though even he displays convincing fury in Blue/Orange’s heated second half.

Two complaints vis-à-vis the subject matter: the first is the aversion I have to a play that loves its state-of-the-nation credential: simply describing the fact that the NHS suffers from resource allocation and poor diagnoses does not make good drama—treating the issue with human nuance does. The play does attempt this, explaining the dilemma of reforming a person whose illness is incurable, but it lacks the critique one expects for a play having survived fifteen years (the first production hailed as a masterpiece in 2000). Unfortunately, the senior-junior conflict of Robert and Bruce will be mistaken for topical brilliance in light of the ongoing junior doctors’ strike despite Penhall’s only cursory dissection of the NHS.

My second complaint builds on the first: there is a throughline in psych ward dramas from Ken Kesey to now which observe that the treaters are more mentally ill than the treated. This is done here, though with a pleasing subtlety, meaning the play has more to offer than its peers. Penhall’s piece works best when exploring the latent biases medicine and society hold in perceiving mental conditions. Robert raises the plaint that London’s Afro-Caribbean community has the highest incidence of schizophrenia of any UK population; when faced with the possibility that aspects of race and culture may lead to ethno-centric misdiagnosis, Bruce dismisses it as academically banal and the observation discloses Robert’s early 2000s ignorance. Some examples help the theory of confusing racial bias for delusion, such as Christopher’s persecution from football hooligans and his history of stop and search. Still, this probing never goes far enough. What it argues is that, as mental illness is dysfunction, racism causes dysfunction and this is wrongly characterised, creating institutional racism; what is not analysed is whether dysfunction is a misunderstanding of cultural difference in concepts such as personality and society. This foregone opportunity, the most interesting aspect of the play, leaves a gap filled with blandness: the play concludes with the apparently shocking revelation that the doctors are self-interested instead of Hippocratic. Confronted with the dramatic possibility of unravelling the prejudices of our prejudices, Penhall takes the easy route and the play is worse off for it.

Like the inadequacy of its diagnosis, Blue/Orange has the chance to dig deep into our collective failure to understand mental health and misses it: Penhall spots a major systemic issue yet coys it up in a farcical ego battle; despite a knack for the humourous and disgusting, Penhall leaves his subject nakedly undiagnosed. Sadly, the play’s value will be inflated due to the junior doctors’ strike and though is not bad drama—an audience will enjoy proficient directing and two great performances—for a serious condition Blue/Orange is a tame and squandering treatment.