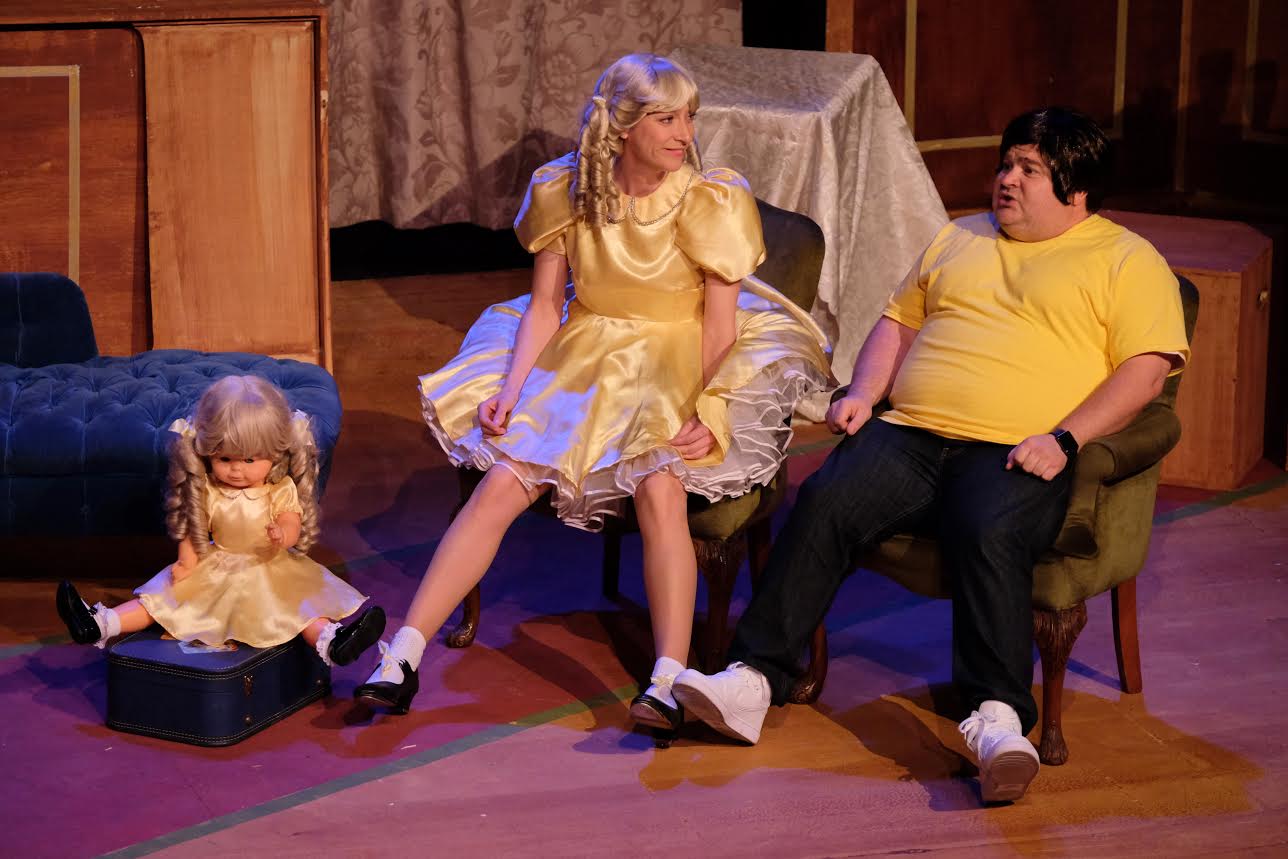 The 9th Annual London Improvathon at the Lost Theatre

I had doubts about London improv: we lack institutions (the equivalent UCBs and ImprovOlympics), we lack relevant celebrities (the British Whose Line cast is now obscure) and we call the form by its less mellifluous name ‘impro’ (in homage to pioneer Keith Johnstone). There are two big improv events in London: the musical Showstoppers and long-form Improvathon, both formed by creative director of Extempore Theatre Adam Meggido and featuring a large intersection of skilled cast. Having seen the second two-hour segment of a fifty-hour show, I assert that there is improvisational talent in London and that these performers—who include not only actors but quick-witted musicians—deserve far more outlets for their craft. It remains to be seen whether this city can produce an improv-dedicated theatre in the future, but for the time being we will enjoy our once-a-year productions and limited West End runs.

Cognisant that I saw a piece of a lengthy creation, the Improvathon was impressive and crucially instilled a desire to see more of it. When approximately twenty actors play multiple roles the format appears fit for disaster; while there are too many performers for meaningful development from mere hours, the event is decidedly smooth. In order to counter the potential imbalance, the show trades off some of its pure-improv traits. Instead of audience suggestion determining character and setting, this is all pre-planned: our characters meet on the Orient Express with your standard detective milieu—Holmes, Marple and Poirot—and a host of original creations. While this may disappoint some, it is understandable given the days-long commitment where are an entirely spontaneous creation may wane. The other impurity turns out to be the linchpin of the experience: director Adam Meggido calls out the characters and general action of each scene and (presumably, with control of the lighting board) ends them with blackouts. This balances character exposure and establishes scene dynamics without preamble. While some purists would enjoy transitions initiated by cast only, this oversight is needed to rein in unwieldy scenes.

Adding to the ample humour (which can only become weirder with each sleep-deprived hour), the Improvathon’s strengths are in its commitment, versatility and music. Whatever Meggido orders, his actors deliver: a blind army officer engages in borderline dangerous gags to do justice to his character, running headlong into a wall during a frenzy of misplaced confidence; two butlers engage in a bout of one-upmanship, one of whom runs alongside a moving train to pour champagne. At least for its second episode, the energy with which the actors persevere is alone enough to captivate an audience. The variations in tone, genre and set further maintain attention: Meggido balances two-handers with noisy assemblages, musical numbers, thirty-second scenes and wordless physical theatre. Imaginative scenes are mirrored in the innovative set, where a puppet booth becomes a piano, a billiards table, a train window and a cinema screen. There is nothing stale on offer and it bodes magnificently for the performance’s remainder (If only I had the time to see it). Above all, the awe-inspiring feat of the Improvathon is its musical numbers: Richard Baker and Chris Ash accompany the performers in the gamut of genres, from a Marple-Poirot funk tune to a nun’s hymn sung in unison. It is clear in these moments that Showstoppers blood runs freely through the show, giving it its the greatest illusion of polish.

Admittedly, some jokes are too cheap for how chipper the performers are in episode two. With fatigue, recourse to easy humour would be more understandable than at its opening: the only South Asian actor plays a stereotypical Raj, for example, and Rick and Morty are too new and niche to be more than cameos. Furthermore, despite the throughline of a whodunit, just as I have used many lists in this review, the show is bitty, forgoing development—which is needed with a durably attentive audience—for bits. However, this may be too premature an assessment, as character arcs in the 50-hour context may operate differently than in the conventional context.

I will likely attend the full marathon next year. The Improvathon, now in its 9th year, is like the series boxset of a show you never knew you were addicted to. If you have already loved London improv before, whether from Showstoppers, Grand Theft Impro or Austentatious, this is the 25-course meal for you.

This year’s performance ran from April 29-May 1 at the Lost Theatre. Follow Extempore Theatre for next year’s date and details