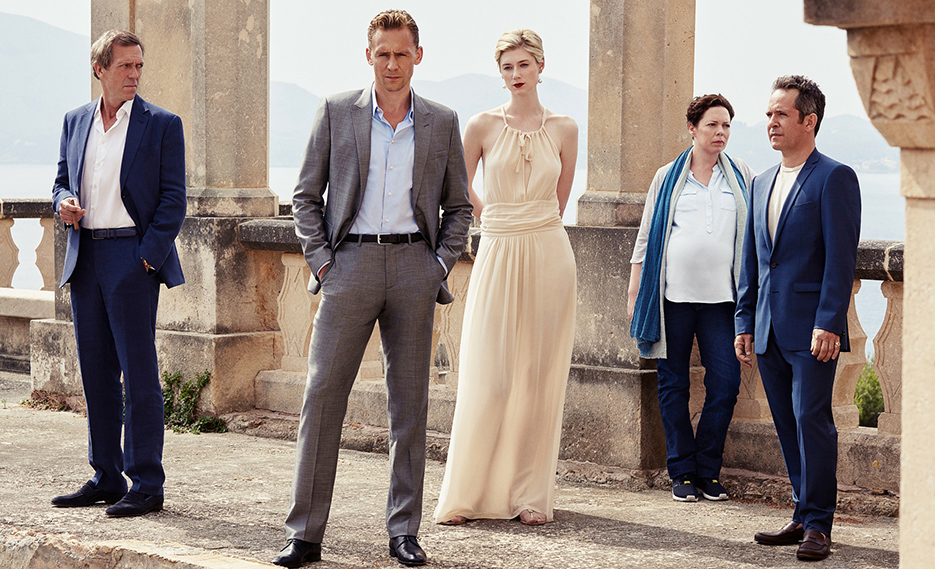 At the center of the story is “the worst man in the world” – Richard Roper, an arms dealer played by Hugh Laurie. The ugly consequences of his business leave a trail of enemies in his wake. One such enemy is Jonathan Pine (Tom Hiddleston), the eponymous night manager, who wants vengeance on Roper. Pine teams up with intelligence officer Angela Burr (Olivia Coleman) to infiltrate Roper’s operation, and finally take him down.

Laurie, Hiddleston, and Coleman are all of the acting caliber where if The Night Manager were just them sitting in a circle staring suspiciously at each other, it would probably make for some great television. So far, Laurie has had relatively little screen time, but the when he is present, he makes it count. As Roper, he is incredibly charismatic, but has a dark undercurrent, ready to bubble up at any moment. Hiddleston’s Pine featured heavily in the first two episodes. One of the characters described Pine as having a “changing of the guard”. He is one man one moment, then his expression will shift, and suddenly he is someone else entirely. Pine is an enigma, and thanks to Hiddleston’s performance, one that is captivating to watch.

Rounding out the leads so far is Olivia Coleman’s Angela Burr. Burr is a woman who probably loses more than she wins. Not because of apathy of incompetence, but because she is bound by the rules in a world where her opponents aren’t, and so the odds are stacked against her. Her dogged pursuit of Roper is met with derision from her colleagues, which she ignores as she carries on with her work. Burr brings a very important humanity to the show. Pine is a stoic ex-soldier about to go in deep cover. He trades mask for mask. Roper is charming devil, whose dark side will probably become more pronounced as the series goes on. Despite the covert operation she’s running, Burr is allowed a little more openness with her feelings and doubts. She’s an important link between the criminal underbelly, bureaucracy, and the real world.

This is a modern story, updated from its original 1993 setting. It starts during the turbulence in Cairo in 2011, then leaps forward to 2015. And yet, it maintains a bit of a vintage spy vibe. The opening credit’s graphics and score evoke the imagery and sound of classic spy movies, but have a distinctive modern edge, which sets the tone for the rest of the show. The Night Manager includes some spy movie staples. The most prominent of these is the inclusion of exotic locations (Cairo, Switzerland, Mallorca), which are all beautifully shot.

The Night Manager isn’t perfect. The first episode featured a few self-indulgent flash-backs, and the second a few more flashbacks than strictly necessary. But overall, it is a taunt, entertaining thriller. By making it a series instead of a movie, it is able to slowly unfurl, explore storylines and build tension. The first two episodes took their time setting everything up. Now everything is in position, and over the next few weeks, we will get to watch it all unfold. If The Night Manager continues to deliver the quality it has shown over the first two episodes, that is a very exciting prospect indeed.