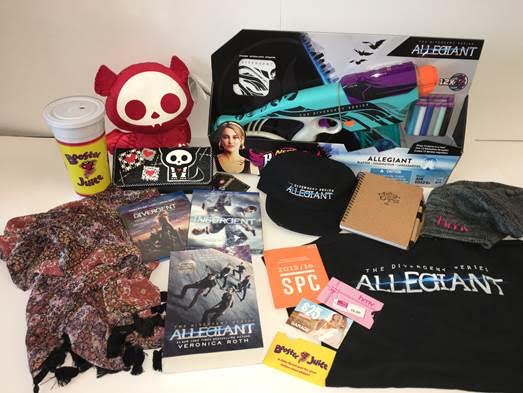 To celebrate the penultimate film in the Divergent Series, eOne Films has put together an awesome prize pack to give away to one of our readers. Allegiant, Part 1– starring Shailene Woodley and every man who’s every played her love interest (Theo James! Miles Teller! Ansel Elgort!)- is in theatres now but you have until next Friday to claim the prize, which includes:

To enter, follow us on Twitter and tweet us the title of your favourite threequel. Contest closes Friday, March 25. We’ll PM the winner with details the following day.