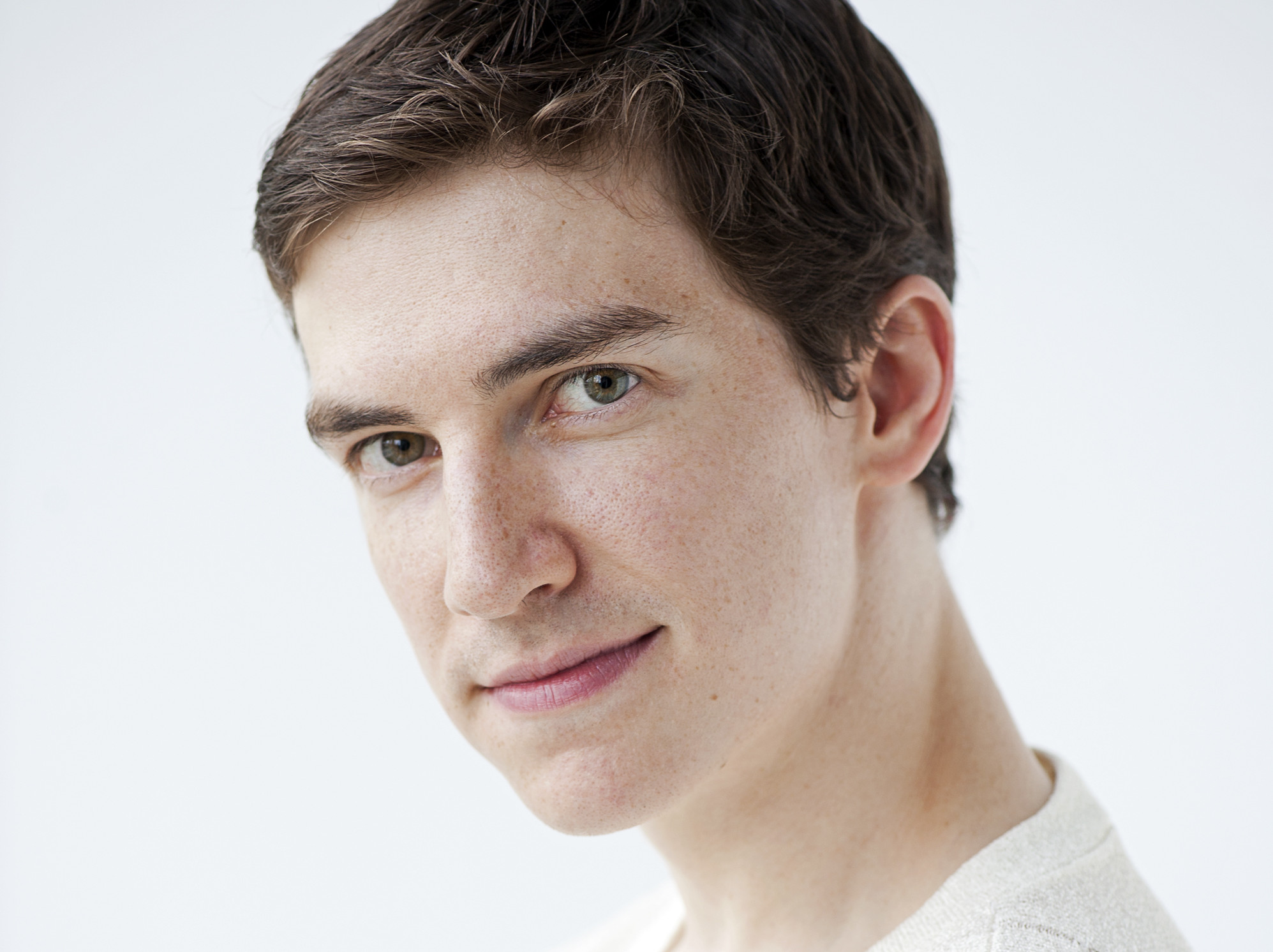 National Ballet first soloist Robert Stephen is a beautiful ballet dancer but in Christopher Wheeldon’s Alice’s Adventures in Wonderland he played the Mad Hatter and what’s more mad than tap dancing in the middle of a ballet? His (somewhat ironic, considering the tap) Outstanding Ballet Performance– nominated role was, for us, the idiosyncratic highpoint of that wild piece of happy theatricality.

Do you remember the first ballet you ever saw?
I think the first ballet I saw live was Swan Lake, but I was maybe three years old and have very little memory of it. As a kid I mostly watched VHS recordings we had at home, and my favourite was this Sleeping Beauty On Ice figure skating special choreographed by Lar Lubovitch. It was just so good.

What is it about ballet specifically that made you want to pursue it professionally (perhaps over other dance forms)?
Ballet is so pure and time-tested – and it requires me to work really hard for it – so I knew it had to be at least the starting point for my dance career.

What performers have always inspired you?
I’ve been inspired by so many performers over the years. Obviously growing up at Canada’s National Ballet School I was inspired by watching the great Principal Dancers of The National Ballet of Canada. As a young child I would watch Gene Kelly movies on repeat. In recent years, I’ve been inspired by Crystal Pite and her Kidd Pivot dancers, Alvin Ailey American Dance Theater, Nederlands Dans Theater, and many others, including the Toronto-based dancers of Coleman Lemieux & Compagnie interpreting the works of James Kudelka.

What are some of your strongest memories from your years of training?
Interestingly, some of my strongest memories from my training years at the National Ballet School are from the academic side. My French teacher taught me to look at every piece of art in the context of its time and culture. My English teacher taught me how to think critically. And we had a wonderful course called History of Art and Ballet, a lot of which went right over our heads as twelve-year-olds, but those great teachers taught me to look at everything, to see everything.

What have been some of your favourite performances in your time with the National Ballet?
I’ve been fortunate to have had many wonderful performing experiences with the National Ballet of Canada. As it turns out, I’ve loved the unexpected – cowboy boots in The Man in Black, sneakers in In the Upper Room, tap shoes in Alice’s Adventures in Wonderland. Of course, I’ve also loved playing dramatic and comedic roles in the classics, particularly my favourite annual crack at Uncle Nikolai in The Nutcracker.

How has the National Ballet changed in its day-to-day identity and in a larger sense in the years you’ve been a part of it?
I was hired by James Kudelka leading up to his final season as Artistic Director, and since then, the company has been led by the great Karen Kain. I had worked with James when I was a student and I continue to feel a deep connection to his work. Now under Karen’s leadership, the company has really been able to get back on the international stage and it has been so exciting to travel to London, New York, Los Angeles and Washington, D.C. and to work with the great international choreographers she has brought in.

What would you say is the biggest obstacle you had to overcome to make it as a professional ballet dancer?
Moving away from home at the age of eleven probably remains to this day the hardest thing I had to do to pursue this.

What would you say separates your performance style from some of the other members of the company?
Music was my first love, and I try to make the musicality of my performances really stand out. I also try to perform any dramatic roles with an honest and genuine approach (no matter how silly the role seems!).

How important is acting in your process of developing a performance? Is there much character interpretation involved in your approach to a role?
I have been lucky to have been able to tackle some great dramatic roles so far during my career. When I played the title role in Hamlet, I was actually the understudy and got thrown in about a week before, so I had a real crash course in Shakespeare and watched a couple of the movies as well as learning all of the steps. Usually I try to work honestly with the material that I’m given in terms of choreography and staging, and develop my interpretation from there.

The physical strain and demanding schedule of ballet must take its toll. What would you say is the hardest part about being a dancer?
The hardest part of being a dancer, for me right now at least, is knowing how to manage your body. To give you an example, I have had on-and-off pain in my left foot and ankle for about two years, and now, with the help of my doctor and my trainer, I am just finally starting to understand how to strengthen it properly.

… and the best part?
Being onstage is the absolute best.

Do you have any dream roles you haven’t gotten to dance yet or someone you’d like to work with?
I don’t like to decide in advance what roles I want to dance or don’t want to dance… so far this approach has left me open to experiencing some amazing and surprising things.

Do you have a favourite ballet or choreographer?
Too many to choose from!

What are you working on now?
This month, I am in three different shows. La Sylphide, a mixed program of Rubies, The Four Temperaments and Cacti, and Romeo and Juliet [on stage until March 20th].

Is there anything you’d like to add?
Thank you very much for the nomination!