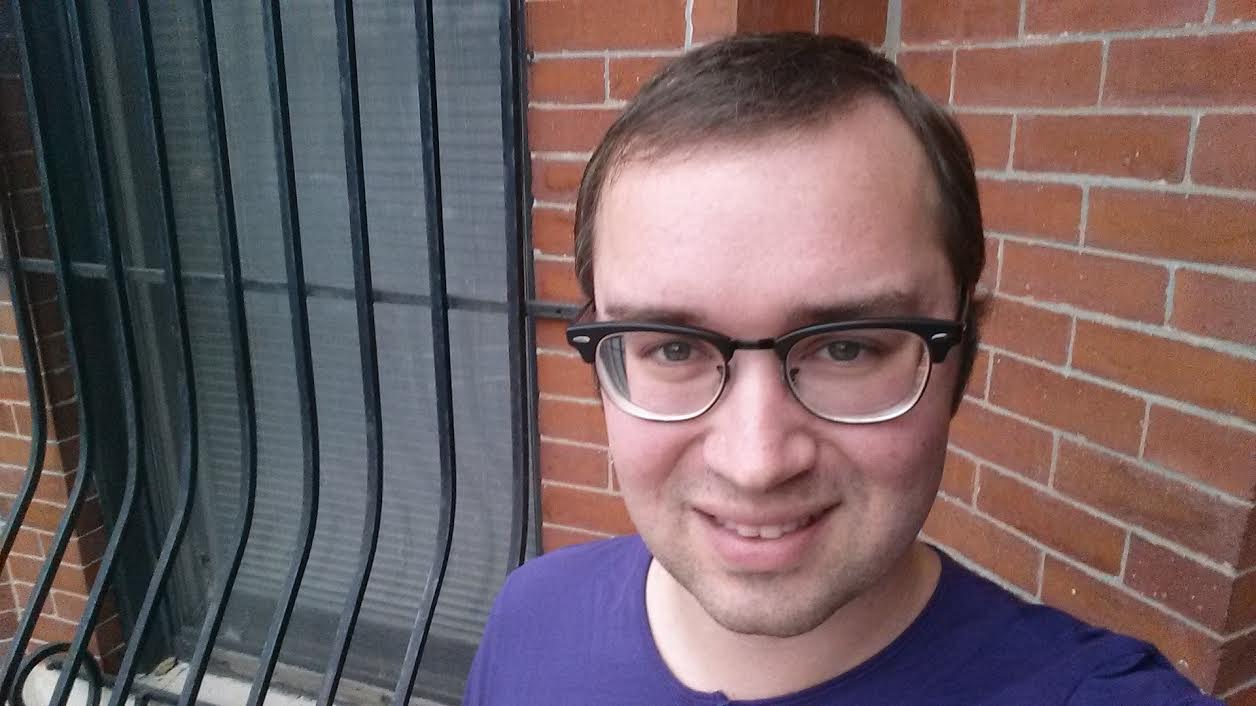 Boston is the only MyTheatre branch that has a category for Best Dramaturgical Notes. One of the biggest reasons why we include the category is the incredible work of double nominee David N. Rogers whose thoughtful written accompaniments made some of the year’s greatest productions (Flat Earth’s Radium Girls & The Farnsworth Invention) so much greater.

What drew you to the theatre?
Relationships, more than anything else. However you’re involved, nothing builds a bond like working together on something as complex and beautiful as a theatrical production. I love the feeling of helping a team make a play happen.

You are an actor, stage manager, and dramaturg. What do you most enjoy of each of these roles?
This is hard, because it’s a lot of different things for each of them!

Acting I love first and foremost for the intimacy you develop with your scene partners. I don’t know of a faster or surer way to make a new friend than working with them to perform a show. Dramaturgy is almost the opposite; obviously it’s intensely collaborative, because you need to identify and fill the needs of everyone else on the production team, but a lot of the work happens by yourself, really digging into a complex topic. I’m an introvert at heart and I love being able to contribute to the group with that kind of individual work.

I have the least experience stage managing, but I think the satisfaction I get from that comes being the person that other people can turn to. As an actor especially, you’re frequently thinking “Someone else’s problem,” not because you don’t care, but because your role is to focus on yourself and your performance. Having the power and responsibility to take care of anything that comes up is a satisfying feeling.

As a critic, I am strongly invested in the dramaturgical notes companies provide for their shows, particularly when a show is based on historical events. Can you walk me through your process in developing these materials?
I’m fortunate that Flat Earth Theatre, who I worked with on both Radium Girls and The Farnsworth Invention, gave me a great deal of liberty with the notes I provided. When you spend so much time with a show, you develop strong feelings, something that you really want to tell people about, and my notes come out of that.

In the case of The Farnsworth Invention, I was really impressed by the historical Philo Farnsworth’s family and their commitment to his legacy – their online archives are excellent and something I turned to again and again during the process – so it seemed natural to give voice to their perspective on Aaron Sorkin’s play. Some of them have been very critical of it for taking serious historical liberties, which is a difficult thing to talk about in a program note – especially when you are so in love with the production. But I think also important, if you take the play seriously.

Radium Girls was different. My understanding of the play changed and deepened as I read more about the history that inspired it. It’s easy to get hung up on some of the shocking images in the script, like people putting radium paint in their mouths, but as I sat more with the real history I started to think that the play isn’t actually about that sort of dramatic irony. It’s more about the moral tragedy of people who did have access to that information, and turned a blind eye to it. It’s dangerous to think of Radium Girls as something that couldn’t happen now. It is happening now, somewhere and in some form, and I wanted to invite audiences to consider that.

Is the role of dramaturg any different now than it has been just a few decades ago?
I honestly can’t tell you! I’m embarrassingly under-trained as a dramaturg and I don’t know a lot about the history of the discipline. My theater career has always followed what people needed, and that’s how I got involved with dramaturgy, when friends at Flat Earth Theatre had shows they thought could benefit from world-building and research.

The very two Flat Earth shows you just described, The Farnsworth Invention and Radium Girls, earned you two MyTheatre nominations. What was it like researching Sorkin’s Farnsworth?
Farnsworth was a lot of fun to dig into, because Sorkin has such an interesting relationship to the historical material. He clearly does a huge amount of research, but uses it as a source of inspiration more than anything else. One big project I had during Farnsworth was just figuring out the actual historical narrative of events that are compressed, altered, and sometimes invented or even inverted in the script.

The science was a whole other challenge. I pretty much get how Farnsworth’s prototype worked and I hover on the edge of understanding the alternative system financed by David Sarnoff – I will say that, while I’m generally a big Farnsworth fan, I’m not sure the play gives enough credit to how ingenious that system was – and I communicated as much of that as I could to the creative team. I also got to find lots of pictures of neat 1920s machines for the designers. And then, of course, Sorkin loves his pop culture, so I got to learn a little about early Hollywood as well.

You mentioned that you wanted audiences to understand how Radium Girls should still serve as a warning to us. How did it affect the process to work on the notes for two shows in a company’s same season?
Radium Girls was very different. In The Farnsworth Invention, I think Sorkin set out to write a great play about history, while with Radium Girls D.W. Gregory set out to say something important about history. Her script is much more grounded in real historical detail, and in a lot of ways I think the script speaks for itself to actors and designers better than Sorkin’s does (at least in terms of the historical context). The experience of researching Radium Girls generally kept leading me back to the script and realizing how completely it was built on a deep understanding of the events and especially of the systems at work in the real history.

What’s next for David N. Rogers?
I’m taking a break and not actively looking for the next theater project at the moment. I know the next cool thing will come along, and meanwhile I’m focusing on my other creative life, writing and developing text-based computer games, which I swear is a thing. Some of my work in that vein is online at deecity.itch.io.