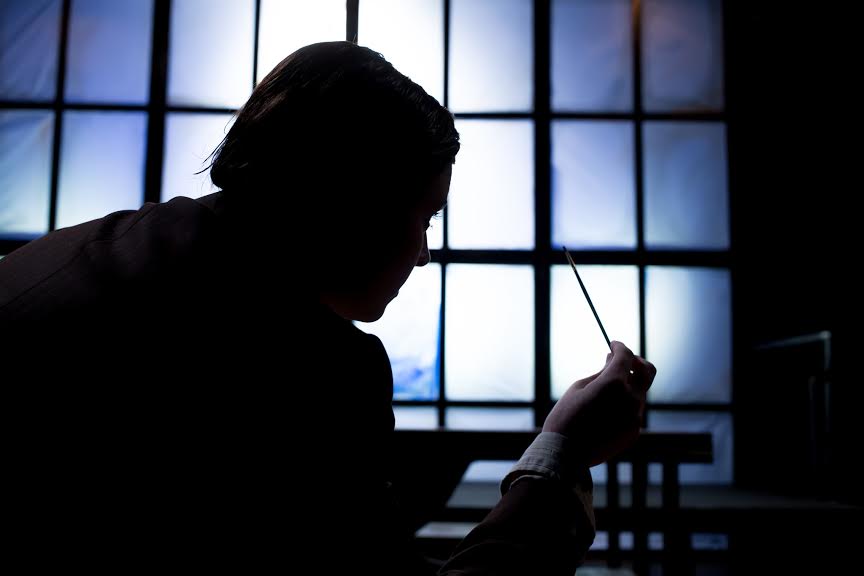 Writing about the Vietnam War, Mary McCarthy identified the slippery motivations hiding behind the conflict’s carefully-constructed terms. To make their methods sound innocuous, the American military referred to napalm as “Incinder-jell,” and to defoliants as “weed killers.” McCarthy observed that this “resort to euphemism denotes, no doubt, a guilty conscience, or—the same thing nowadays—a twinge in the public relations nerve.”

This PR game extends further back than Vietnam. In Radium Girls, set in the 1920s, playwright D.W. Gregory portrays the boardroom of U.S. Radium Corporation as a dangerous world where semantics reign supreme. Confronted with a lawsuit from ex-employees suffering from radiation sickness, U.S. Radium spins illegitimate “medical exams” into “consultations,” and “bribes” into “considerations.” Guilty consciences are easily assuaged into complacency in the face of potential financial ruin.

This is the Goliath faced by the previously-employed dial painters who seek compensation for the irreparable harm done to their health, their finances, and their lives. Flat Earth Theatre, in the first all-female production of this play, directed by Lindsay Eagle, brings to the Charlestown Working Theatre a chilling tale of corporate greed, scientific hubris, and an irrepressible, distinctly female, fight for justice.

The show opens with the ominous bleeping of a Geiger counter (sound design by Patrick Greene). The quick clip sends a chill up your spine as you realize the lovely girls in front of you are immersed in a very radioactive environment. But Grace Fryer (Erin Eva Butcher), Kathryn Shaub (Kathleen C. Lewis), and her cousin Irene (Kristen Heider) are happy and carefree in their cushy factory job, painting watch faces with glow-in-the-dark radium paint.

Sunlight shines brightly through the dingy windows, lending a cheerful air to an industrial work space (set design by Debra Reich; lighting by Chris Bocchiaro). Closely watched by their supervisor Mrs. MacNeil (Kamelia Aly), the girls are more inspired by the president of the company, Arthur Roeder (Bridgette Hayes). This captain of industry seems genuinely taken with the transformative potential of radium: as a health tonic, as a military tool (the watches can be used in combat), as a cure-all, radium is the future in Roeder’s eyes. Ignoring the reservations of his predecessor Dr. Von Sochocky (Katie Bond), bolstered by his wife Diane (Marty Mason), the future looks nothing but bright.

Until many factory workers begin to get sick, and many begin to question whether radium is to blame. Grace, ignoring the reservations of her mother (Paola M. Ferrer) and of her steadfast “fella,” Tom (Katherine Daly), seeks legal representation to take on U.S. Radium “right where it hurts them most”: in their public image.

Of the three shows making up Flat Earth’s “Progress and Peril” season, Radium Girls faced the biggest challenges of double-casting and rapid scene shifts with an all-female cast playing both men and women. There were a couple of moments in which this multilayered portrayal presented ambiguous, disjointed images. Costumer Stephanie Brownell dressed the actors in 3/4-length pants, dress shirts, and character shoes to ease the shifts between male and female characters. But these elements often jarred with the loose-hanging ties and bowler hats the actors quickly pulled on to distinguish who they were in a given scene, making these visuals distracting.

When quick shifts weren’t involved, however, the results were stronger. Hayes’ Roeder is the best example. Dressed in a fitted suit that did not hide her figure, Hayes wisely chose to capture Roeder’s enterprising character without cartoonishly deepening her voice or attempting a stock posturing of masculinity. Excellent acting and intelligent costuming made Roeder’s character both realistic and compelling.

And not all of the character/scene transitions were problematic. In a particularly fantastic one, a conversation between guilt-ridden Roeder and an aged and sickly Von Sochocky seamlessly switched to a courtroom scene where Roeder must testify against Grace and her friends. When a tea-table becomes a judge’s bench and an ottoman becomes a witness stand, when a scientist straightens up into judge and an anguished businessman is suddenly thrust into a spotlight, you know you’re in some very creative staging territory (tech direction by Adam J. Teti; stage management by Caitlin Mason and Amy Lehrmitt).

This creativity extends beyond costumes and props. Radium Girls is not just about corporate greed and scientific arrogance: it’s also about seeing and being seen. While I had reservations about how effectively the production navigated the dynamics of the show with an all-female cast, my theater companion made the astute observation that in this narrative, where the plaintiffs are in a double position of inferiority (as women and as low-wage workers), having an all-female show packs a stronger punch.

Roeder’s inner turmoil threatens to dominate the story in his guilt-wrapped callousness and cowardice. So it was very effective to have Hayes often sit in the aisle dividing the audience: in key moments, Roeder is not able to face us, the witnesses, just as he is unable to face the dying girls who used to happily work in his factory.

There were other standout performances. Ferrer, swapping between playing Mrs. Fryer, a sleazy (female) news reporter, and a burdened lawyer, was strong and distinct in each role, and did not let a temperamental wig get in her way.

In the matinee I attended, Eagle substituted for Mason as Diane Roeder. Eagle didn’t skip a beat: she stepped out of the director’s chair and into a mink collar with ease and gusto. Though I was sorry to miss Mason’s performance, I was pleased to see Eagle on the boards again.

While Daly’s Tom seemed a little one-note, similarly flat in his anger as in his affection and his weariness, Daly’s performance as the cold-blooded lawyer Markley was chilling in his dogged inability to give a damn about the suffering of the plaintiffs. To quote Nora and Delia Ephron, look inside Markley and you find “instead of a brain a cash register, instead of a heart a bottom line.”

Radium Girls is a fine wrap-up to one of Flat Earth’s strongest seasons. From the talented performances to the dynamic staging to the insightful dramaturgical note in the program (David N. Rogers), this production was a rich experience that left me wanting more.