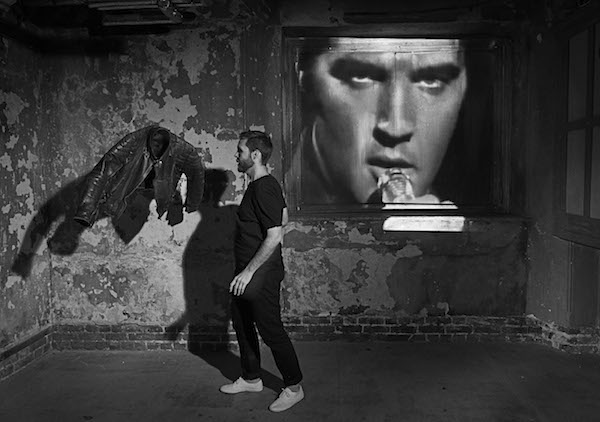 Surprisingly perceptive, Greg Wohead’s work is an overall tender analysis of a cynical moment in pop history. This tenderness is crucial, as what Comeback Special could so easily be—and does slip into sporadically—is a easy deconstruction of low-hanging fruit. Elvis Presley’s ‘68 Comeback Special was a TV performance of the fabled singer’s greatest hits, orchestrated during his popularity’s lowpoint. Widely regarded a success for its supposed authenticity, it signified a genuine comeback for Presley’s career, preceding his addiction and decline in the mid-to-late seventies.

What this performance is thankfully not is an Elvis impression. There are impressions of the singer, each varying in depth, but their end is not to entertain or to impress but rather to explore character with the medium of the Special. Wohead, for instance, begins the piece with a literal description of the event’s filming, working his way up to a full-blown impersonation and winding eventually down into a hyper yet relatively minimal interpretive dance. This strategy has mixed yet occasionally potent effects: while the opening description drags, appearing wholly sardonic in character—Wohead narrates how Elvis’ shirt and jacket are specially tight in order to accentuate his athletic body—the continuum from the literal to the genuine impression has a salutary effect: it exposes Wohead’s vulnerability and thereby that of Presley; as we and the actor know that his ultimate characterisation will be imperfect (his body being suitably unathletic with a messy undercut) his performance emulates the fragility of Elvis in his desperate clawback to fame.

This fragility is also achieved with atomisation. Comeback Special’s proudest moment is a breakdown of a 20-second clip in the Special which is played on loop, the audio of which being particularly dense. Wohead, instead of doing a mime of the proceedings, gets the audience to do it for him symphonically, with each member impersonating the special’s various cast and crew. This immersive technique succeeds because it reveals an obscure yet essential way of grasping the 33-year-old Elvis: the clip involves a bandmate picking lint off of Presley’s face and handing it to an audience member, while in quick succession the singer also throws his hankerchief to the clutches of a lucky fan; it is a moment (ambiguous as to whether it is rehearsed or spontaneous) which involves giving something away, both voluntarily and involuntary. This involvement in and analysis of a complex recording broken into its constituent parts is illuminating: it investigates the relationship between giving up a part of oneself while being self-consciousness of what remains.

Unfortunately, these instances of insight are packaged with incohesion. Too many segments are overlong and much of the final half-hour’s monologues are uninspired, with discouraging recourse to the image of recursive observations, viz. Wohead watching Elvis who simultaneously watches him and is him watching himself and so on. This pseudo-astute confusion is disappointing because if the whole piece were arranged as measuredly as the audience participation section then it would markedly improve.

It is imperfect, much like its various impersonations, yet what is so healthy about Comeback Special is that does not pander; there is no concern as to who may be turned off by its form and for this, and for its few brilliant moments, Wohead (along with his tech crew Ben Pacey and Timothy x Atack) deserves some praise.

While its short run at the Shoreditch Town Hall has ended, Comeback Special will show in Reading, Bristol and Brighton during May 2016.