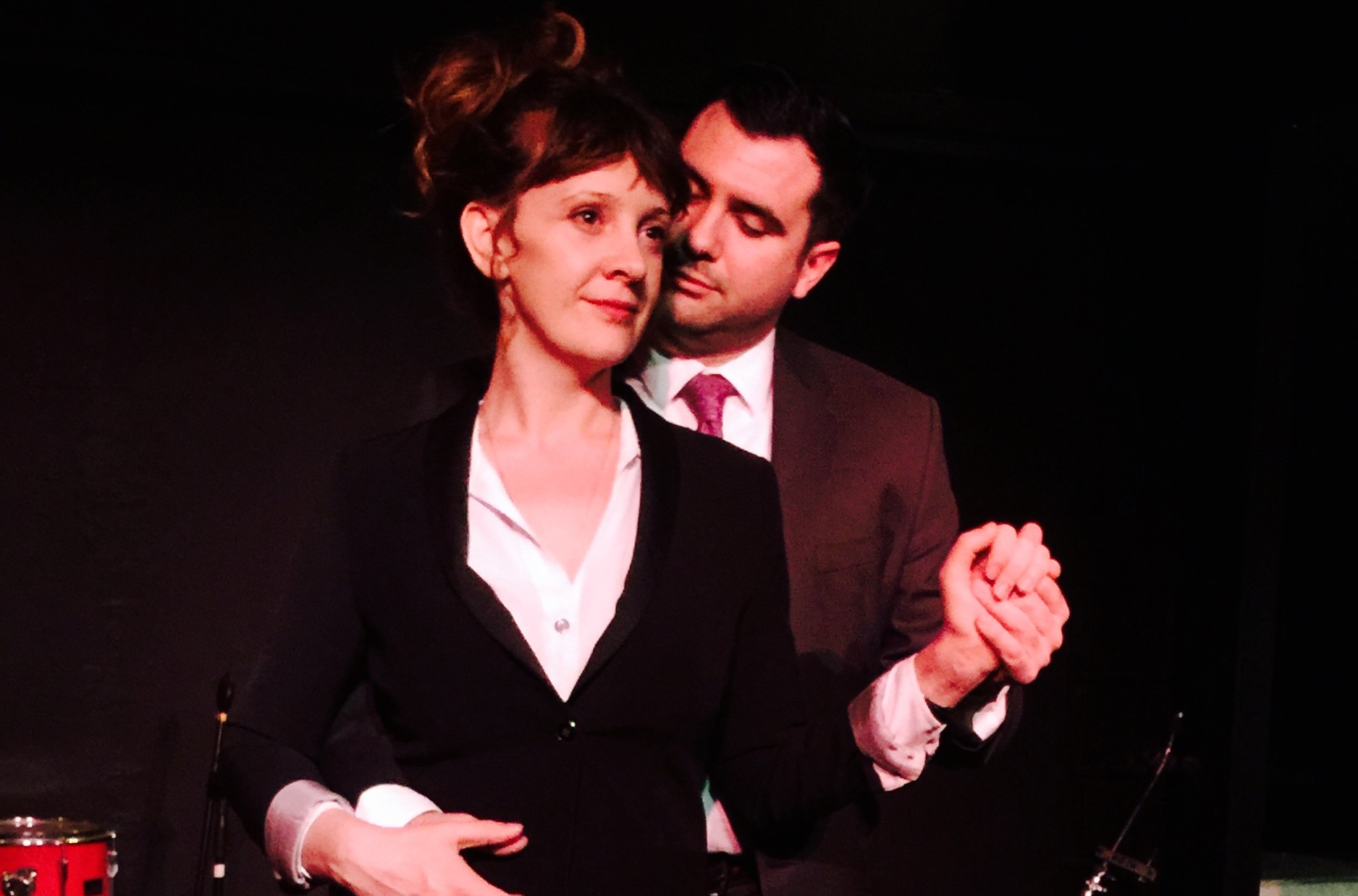 Yeah, I Met This Girl: A Delightful Romp

Please allow me to cut to the chase. Antony Raymond’s Yeah, I Met This Girl . . . is a gem of a play with fantastic layered writing and an outstanding cast of actors. Go see it.

The above recommendation felt necessary because, at first glance, the premise may seem worn, familiar and uninspiring (after the show, I described the plot to a friend at a bar. Her response: “Well, that killed my buzz.”). It is about three guys who navigate the New York dating scene: Ben (Eric Doviak), Joe (Christopher Heard) and Guy (Dan McVey). Most of the scenes are nonlinear vignettes of the men’s interactions with women they have only recently met, as well as their debriefing with each other at the bar inherited by Guy. The various female characters are intentionally never given names. They are played by three superb actresses, Amanda Kristin Nichols (The Tempest/Sag Harbor), Stacey Roca (BBC’s The Office), and Zina Wilde (Showtime’s Billions). Due to the simplicity of this synopsis, you may think this is another sexist, Entourage-esque knock-off examination of relationships through the male lens. But you would be wrong.

This play requires a second glance. Antony Raymond, director and playwright, takes risks with the material. He is unconventional; the dialogue is dense with humor, subtlety and warmth and, despite being nameless, the women characters are much more than props for the men. In fact, they are often imbued with more depth than their male counterparts. Are the men misogynistic at times? Absolutely. But they are also vulnerable, neurotic, funny, and likeable.

The ninety-minute play is a nuanced palette of emotions and reactions. Raymond is not afraid to slow a scene down, allowing the poignancy of a moment to sink in. The next scene might throw the audience into a fast-paced dance interlude or a heated argument. The pace is wildly unpredictable but never boring, making use of language, space, music, and visuals.

The three male characters are victims of their own success. They know how to pick up women for a one-night stand or a meaningless fling. But they seem at times incapable of opening up emotionally to them. Accordingly, when the women characters present, the scenes are fast paced exchanges drenched with subtext or sexually charged strobe light dance parties. But the most tender moments come when the men are by themselves, letting their guards down, trading jibes, playfully interrupting each other, sharing anecdotes, or breaking into impromptu slow dance parties sans the women (including one between Ben and Joe that steals the show).

Later, Guy attempts to lower his guard and share his feelings with a woman he has recently met. His attempts to profess love are childlike and pitiable. He is a boy who wants a real connection with a woman but lacks the emotional tools to do so. The play thankfully doesn’t try to easily resolve any issues between men and women. In one scene with all the characters present, they debate which gender society places in a box. One of the women asks “how can we make it better?” The question is quickly diverted with another round of shots.

Joe’s character arc, however, falls into a familiar trope. He is weighed down by a past heartbreak having once found real love, only for it to be tragically and abruptly taken away. His story felt too convenient a plot device. An external force, random happenstance, destroyed his chance for love. And so he and the audience don’t have to question whether there was something about him personally that made him incapable of loving a woman. In contrast to Joe, in a long gripping monologue, a character played by Stacey Roca shares one of the most moving stories of all. She recounts a relationship where she did everything right it would seem. She took a chance and followed her heart. And still ended up brokenhearted. It’s sad and terrifying because it’s so real.

Raymond has recast most of the actors from his previous plays or from other Elsinore County productions. It is little wonder. The cast is strong with indefinable chemistry that elevates the smart dialogue with nuance and emotional heft. Stacey Roca showcases her range and depth, bringing a subtle charm that instantly adds complexity to her characters and making the audience hunger for the secrets she’s holding back. Amanda Kristin Nichols’s acting proficiency is particularly astute in two separate scenes where the audience sees her at different stages in her relationships. When the scene jumps ahead in time, she encompasses the heaviness of a complicated and failed relationship in her portrayal. In one scene with Ben, the entire dialogue is made up of escalating questions meant to portray the life of their relationship (reminiscent of the game of Questions in Tom Stoppard’s Rosencrantz and Guildenstern Are Dead but with higher stakes). Zina Wilde is equally successful in breathing life into her characters, creating intelligent, opinionated women.

The play’s intrigue and vibe is perhaps best exemplified by one of the opening scenes where Ben hits on an uninterested woman played by Stacey Roca at a coffee shop. He smoothly delivers polished lines, piquing her interest with masterful comebacks even as she attempts to rebuff him. What makes it a great scene is that neither character is two-dimensional. She’s intelligent and an equal match for Ben, capable of seeing through his refined verbiage. In a sense, this is a great preview for the play. Raymond brings the audience into this world, refusing to insult the audience’s intelligence along the way. It’s a fun romp and certainly worth spending the night in the East Village. You’ll still respect yourself in the morning.

Performances take place at UNDER St. Marks and runs through February 14.