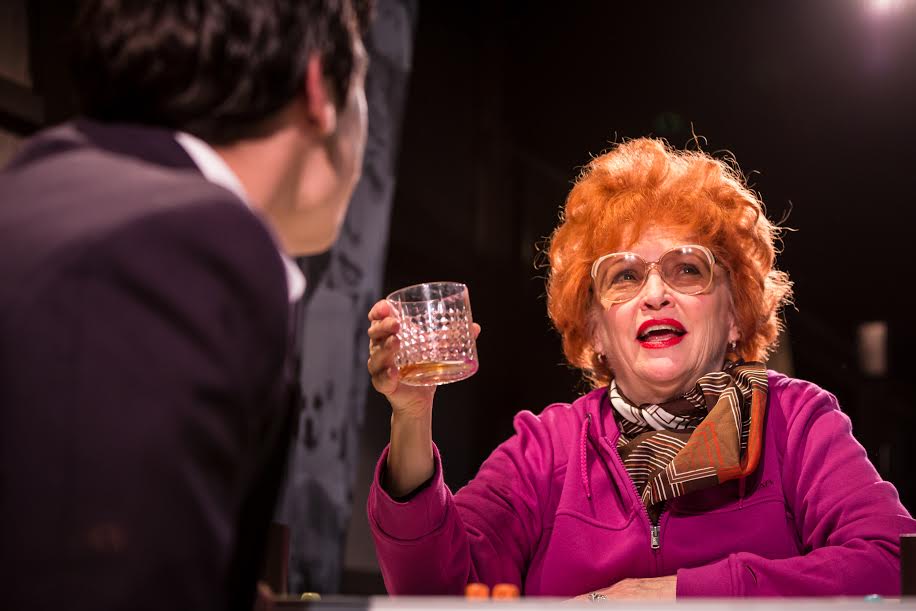 I Loved Lucy at the Jermyn Street Theatre

For anyone wanting to discover an icon in another time of her life, the Jermyn Street Theatre has the perfect evening in store. I Loved Lucy tells the story of Lucille Ball later in life who develops a friendship with a young man named Lee. Lee has loved Lucy since he was a little boy. He knows every word to every episode of I Love Lucy and could tell you every detail of Lucille Ball’s life as the queen of comedy. But Lee never has realized that the real Lucille Ball is a lot different from the woman she played on television in the 1950s. In the last 10 years of her life, he is able to discover his favorite actress in a new light. Directed by Anthony Biggs, the performance promises a charming night out filled with love, friendship, as well as reflections on life and famous people.

The set design is quite minimal and attempts to travel through more than one setting. With a simple backgammon table and chairs, this is well done. That being said, the back of the stage is decorated with giant letters covered in old pictures spelling Lucy’s name. The point of the play is clear: it is about Lucille Ball. While the effort to show this is understandable, it is maybe a little too obvious. With that in mind, it does not make the performance any less pleasurable.

There are only two actors in this play, which is based on the book by Lee Tannen himself. While some may consider this to be too small a cast, in this particular case it would not be right if there were more than two people on stage. This allows the audience to fully appreciate the uniqueness and the beauty of the bond Lucille and Lee had for almost a decade. The acting is superb: Matthew Bunn’s portrayal of Lee is fantastic. As the narrator and actor in the story, he brings everyone into it from the very beginning. His sense of humor and caring nature makes the audience fall in love with him. Of course, Sandra Dickinson’s performance as Lucille Ball herself is absolutely phenomenal. It feels as though Lucille herself is on stage: the accent, the way she dresses and the words she uses are almost identical to the real Lucy.

Even those not as familiar with the classic 1950s TV series will be able to enjoy this play because it represents much more than the portrayal of an actress. I Loved Lucy is an enchanting story of friendship and getting older. Until February 27th, the Jermyn Street Theatre is the place to go enjoy yet another wonderful night out to the theatre in London.