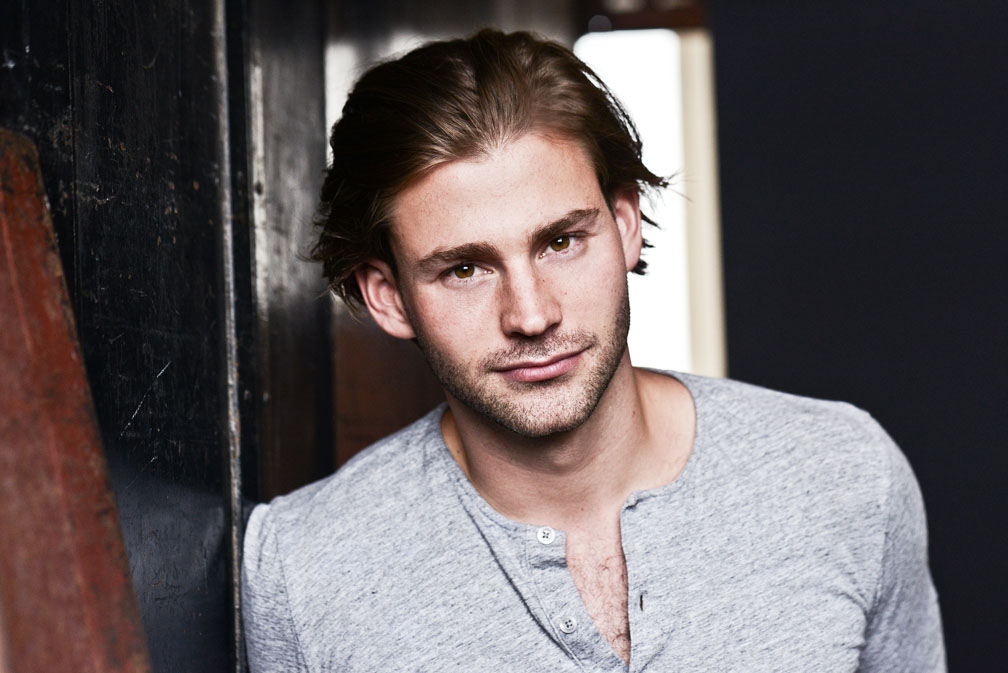 Classically trained singer David Michael Moote took on one of the toughest vocal roles in the musical theatre canon and the undisputed most iconic character of all time as Jesus in Hart House’s contemporary take on the Andrew Lloyd Webber hit.

We caught up with the Outstanding Performance in a Musical nominee to talk about Jesus hair, among other things.

What are some of your favourite musicals?
My Dad loves Cabaret so he kinda brainwashed me. I recently saw Miss Saigon, In The Heights, and Matilda in the west end while celebrating my sister’s wedding. I love my family, all of ‘em. Huge support. Can I say that here?

Where did you develop your triple threat skills?
I went to Lester B. Pearson School for the Arts and that definitely set a good base. I was also part of the Grand Theatre High School project where they produce professional quality shows with students, and that is where I think I took it to the next level.

Excuse the understatement but Jesus is something of an icon. How did you go about making the role your own?
I just did what I could to put myself in his shoes. I did a lot of character work. I walked everywhere, lots of meditation. I wanted him to be as pure as possible. I cleaned the slate. Our music director Anthony Bastionon was a huge help. I had some my first coachings with him. He advised me not only on how to sing the role in a healthy way, but to stay away from the media available and to make it my own. He was fantastic to work with.

Jesus isn’t a god in Jesus Christ Superstar, just a charismatic man whose PR gets out of control. How did you keep him grounded in that reality?
Jesus to me is all about love, compassion and selflessness. I did everything I could to get out of myself and onto to the very talented cast around me. They made it easy.

What were some of the key conversations you had with your director in developing your interpretation of the role?
Luke Brown is incredible. We went out for a couple pops a few times and really got into it. “What if your whole life’s work was trying to teach these people but they just couldn’t get it, and you knew that only through dying would they then understand?” These are the kind of questions he posed to me. We talked about Jesus as an activist with real passions and emotions. He’s a wealth of knowledge. He really did his research. Luke also put me in direct contact with a huge role model of mine Paul Nolan, who played the role at Stratford, which was unbelievably helpful. I was blown away by Paul’s generosity. I hope to someday help another artist out the way he helped me.

Jesus has some of the hardest vocals in the musical theatre canon. What was the most difficult musical moment to master?
The rock ad-libbing in Gethseamne for sure. I wanted to make it my own. That song covers just about my entire vocal range. It wasn’t until opening night that it really came together which was horrifying. Saphire Demitro, who played Herod, is a stunning vocalist and she helped me lot. She’s fierce and has some serious chops.

Your background is in vocal performance. How do you keep the other two triple threat prongs from falling too far behind your voice?
I am always working to become a better actor and storyteller. I study at The Robyn Kay Studio and Pro-Actors lab with Bruce Clayton. I do a lot of yoga and am in the gym often to keep the body nimble.

In your production, Jesus was the leader of a contemporary Occupy Wall Street-like movement. How did that frame affect your interpretation?
It definitely made it more accessible. I was living in the city during the movement. I spent some time in St. James Park. That is exactly what it was to me, a framework for this epic story. Non-violent protest. What if this movement had a leader? A face? What then could’ve or would’ve happened? These are questions Luke brought to us and we discussed in depth as a cast.

You’re nominated alongside your Mary Magdalene, Claire Hunter. Tell us about working with her.
She’s a beautiful and generous human being and artist. We are in the Theatre20 Conservatory together this year. I joked with her the other day that I want her to be the Kate Winslet to my Leo. Lying in her arms during “I Don’t Know How to Love Him” was a real treat. Her performance was locked in every night. Check out her single “Something Safe” available on iTunes.

What are the perks and drawbacks of maintaining Jesus-length hair?
You save a lot of money on haircuts. I don’t need to wash my hair nearly as much. It takes forever to dry though, so I show up most places looking like a wet dog. The man bun?

Do you have a favourite moment in the production?
Entering on the shoulders of your disciples to a screaming crowd just before “Simon Zealots”, sung marvelously by Harold Lumilan. To me that’s where the show peaks and it’s all downhill or uphill from there, depending on where you’re going.

What’s your favourite part you’ve ever played?
Franco Begbie in Trainspotting. A little different than Jesus.

Do you have any dream roles?
Emcee –Cabaret. I’ve done a lot of new works since I moved to the city as well. I would love to debut something big.

What are you up to now/next?
The first person zombie film I play the lead in, Dead Rush, is debuting at the Canadian Film Festival. I’m pretty stoked to do the red carpet thing.

Do you have anything you’d like to add?
Aaron M Williams. Judas. Sick. And I’d also like to thank Nate Bitton (who’s also nominated) for making me feel safe and look not so safe, Doug Floyd and the whole Hart House team for this incredible opportunity, and thanks to everyone I forgot to mention.