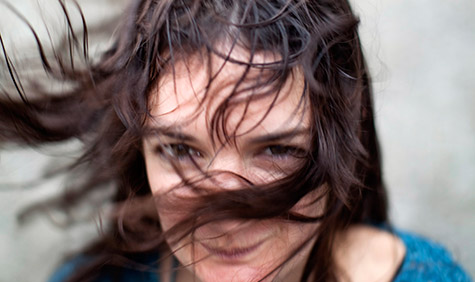 A Girl is a Half-Formed Thing at the Young Vic

A partial standing ovation followed the press night of A Girl is a Half-formed Thing and that is what it deserves, for this one-woman performance is almost a triumph. It is the story of a maturing Girl (Aoife Duffin) in priggish 20th-century Ireland; however, it is a botched bildungsroman, for we witness her uncle’s sexual abuse, her mother’s narcissism and her subsequent torrid sexual history.

Annie Ryan, adapting Eimear McBride’s bestselling novel, combines Joycean modernism with distinct and effusive dialogue. Each character is sharp and avoids easy caricature, significant for a play set it in the often-overdone setting of a very Catholic Ireland. Even beyond Duffin’s virtuosic delivery of the subject matter, men, women and children find their voice in the work—the uncle, for instance, is a particular malevolence of desperation, authority and licentiousness. However, while characters in isolation have layered speech, the play’s overall narrative fails to introduce anything new to sexual and familial relationships. Diegetically, the play is a trite abuse tale, though what McBride promises as novelty is the stream-of-consciousness narration by the Girl. At times, this style succeeds in a sensational overload that reaches the empathetic heights that conventional monologues would lack; nevertheless, unlike its fabled practitioners Joyce and Faulkner, Ryan’s technique (presumably copied verbatim from McBride) unravels, especially in the final act.

The dangerous asset of stream-of-consciousness is its seeming infallibility: since reflexive observations appear inherently valid, it is difficult to find fault in them, especially when confounded with so many in rapid succession. Despite this, what can be observed from this play’s prose is that the Girl’s observations are samey without the benefit of reinforcing repetition. Stream-of-consciousness is essentially an imagist technique which subjects the reader-audience to a litany of images and sensations. The best practitioners use each image to mutate the previous one, forming the most sensuous kind of subjective experience available. Ryan is unsuccessful in this regard and therefore falls short of introducing a radically new experience for an audience. This is why the Guardian quote on the show’s poster is inapposite (‘a courageously feminist production’). Feminist it may be, but it lacks the courage to impart anything new to the discourse. Furthermore, whereas the prenominate authors balance their impressive logorrhea with other styles, the mostly solitary voice here pushes the piece to occasional self-indulgence.

The sole actor, Aoife Duffin, gives characters more identity than their dialogue offers them, an impressive task considering the polarised ages, genders and personalities of her roles. Ryan directs her with acuity, signalling dialogue shifts with minute tilts of the head, made noticeable by   appropriate contrast lighting. Duffin’s delivery is varied, ranging from the immature and libidinous to the unavoidably lachrymose; for this ninety minutes of attention-keeping work she is absolutely an actress whom one should follow in the future.

While it is Joyce-lite at times, Duffin’s magnificent presence and character contrasts make A Girl is a Half-formed Thing worth watching.