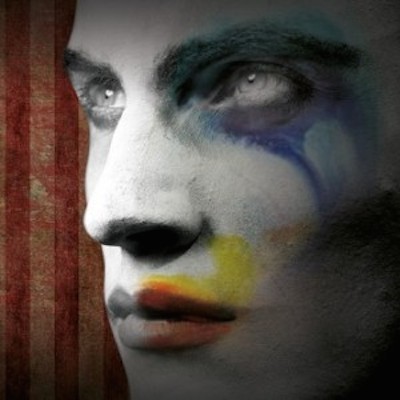 The Godling at the Etcetera Theatre

It starts off rather oddly. At first glance, the audience is not quite sure what to expect. There is a mattress, deflated balloons, a chair and a phonograph. When the performance begins, circus clown music starts to play and, one by one, the characters come on stage. The first few minutes are very confusing. It is unclear what the play is about or how the characters relate to each other. It can be easy to think at first that the play will be too strange to understand or too unorthodox and impossible to follow. Fear not, this does not last long. Very soon after this introduction, the audience understands that this is a story where time has stopped and where it does not really matter if things do not always make sense.

The play, written by Mark Borkowski, brings to the stage themes of pain, torture, and mystery, which are not always welcomed themes to exploit. Many emotions are felt even though the play is very short. The story revolves around a clown, a couple painted in clown makeup with sadistic tendencies, a trapped pregnant woman, and a man called Edvot. Without giving too much away, these characters become involved in each other’s lives in different ways. While it is not always clear how they are related, it makes sense that they are for the sake of the story.

The acting is very strong. Indeed, there is not one role that overpowers another. Everyone brings something unique to the play. One thing that is unanimous is the intense emotions that the actors are able to bring to the entire room. With Maria Alexe’s role as Zena, there is sadism, with Carla Espinoza as Lilly, there is fear, and with Paula Brett as the Clown, there is desperation. All three women are outstanding, and all deserve to be mentioned. With X played by Philip North, there is humor, and with Rory Fairbairn as Edvot, one feels pain and torture. Every one of these brought together brings a fabulous mixture to the performance.

Directed by Maud Madlyn, it goes without saying that such is left to the imagination of the spectators. It is not that the set design is minimalist, but it reflects a different world that is not our own, a world where nothing and everything can make sense in a strange way. Although the stage is rather small, the use of lighting works well to divide the stage in half when one scene is taking place. Because the rest of the stage is dark, the audience momentarily forgets that, in fact, all of the actors are visible.

What comes off as a weakness becomes the greatest strength of The Godling. It is normal to be skeptical towards performances that seem too different, but it is in this difference that the The Godling shines.