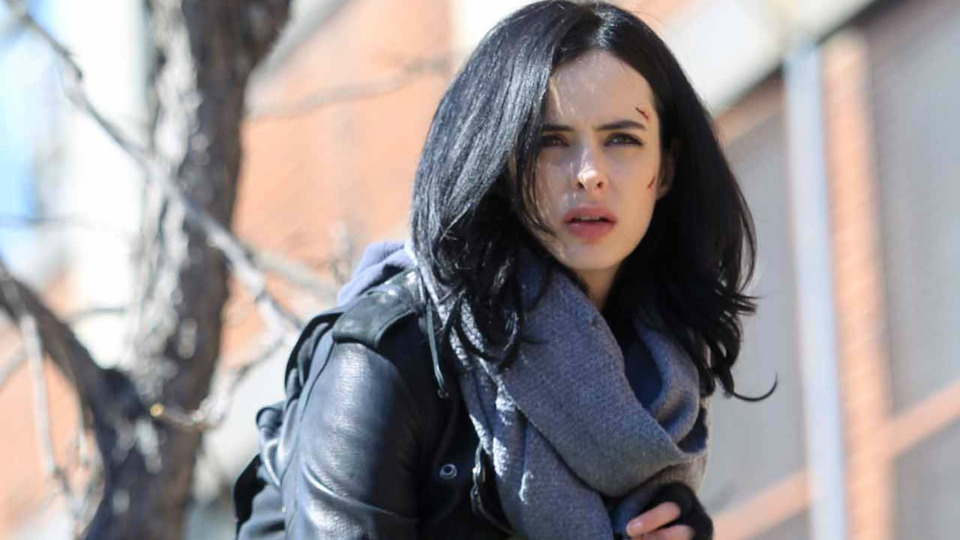 It wasn’t easy, with the TV landscape getting more and more crowded. 2015 had a lot of great TV. A lot of shows had a lot of good episodes. Here are my picks for favorite shows of 2015. The shows that, looking back, I looked forward to watching week after week (or binged the fastest).

Galavant
This little-watched series premiered last January, and deserves a lot more love than it got. It was a half-hour medieval musical comedy featuring original music and zany humor. In short: it’s niche. Very, very niche. It’s a love it or hate it type show. I happened to love it. I wasn’t going to include it in this list, but then the first song for Season 2 was released, and I was reminded of how out-there, gutsy, and fourth-wall smashing the show was, and wanted to give it an honorable mention. Like I said, it’s not for everyone, but it’s worth giving a shot, if you like musicals and/or whacky hijinks.

5) Penny Dreadful
I was a little late coming to Penny Dreadful. I didn’t watch the first season until I marathoned it to prepare for Season 2. And I loved it. It ticked so many boxes for me. Period drama. Check. Supernatural elements: check. Literary characters. Check. Gorgeous and creative cinematography. Check. Fantastic cast. Check. I don’t know if I’ve ever seen a show that combines all those elements the way Penny Dreadful does. Season 2 shook things up from the first season. It had character interacts with other characters that already existed on the show, but who they hadn’t met before. It expanded on minor characters from the first season. It wasn’t afraid to introduce new things, but building from what was already there rather than starting from scratch or trying to force in too many new things paid off beautifully, helping Penny Dreadful avoid the dreaded sophomore slump.

Is it a perfect show? No, but it is a very good show, and it is consistently entertaining and beautiful to watch.

4) Unbreakable Kimmy Schmidt
This is a show that draws you in on the strange premise (a woman who is released from being held in an underground bunker by a doomsday cult for 15 years move to NYC) and gets you to stay for the laugh out loud funny writing and stellar cast. Ellie Kemper is irrepressibly charming as Kimmy, while Tituss Burgess and Jane Krakowski are perfect and hilarious as Kimmy’s roommate and her boss, respectively. Unbreakable Kimmy Schmidt is the kind of show you can devour in a weekend, but then you’re annoyed with yourself because then that’s it, no new episodes until who knows when. It’s absurdly addictive, and luckily still enjoyable on repeat viewings, so you can watch it again and again and sing along to the catchy theme song and “Peeno Noir”.

3) Hannibal
After a history of battling low ratings, NBC’s niche show ended its run after just three seasons. The beginning of Season 3 had a rocky start. It was a break from the format that made the first two seasons so addictive. There were some weird subplots that never got fully resolved. And it went a little over the top with artsy self- indulgence. And it dragged a little. The first half of the season followed Hannibal while he lived in Italy to escape the law, and Will as he tried to track down Hannibal. It was only in the last few episodes of the Italian storyline that it came together in a spectacularly macabre fashion. But the second half of the season, the Red Dragon story arc was taunt and captivating from start to finish. Richard Armitage (an actor who deserves way more attention than he gets) joined the cast as Francis Dolarhyde, a serial killer obsessed with The Great Red Dragon paintings, and Hannibal Lector. It might be more accurate to say Armitage played Dolarhyde, a shy, socially awkward man, and the Great Red Dragon, Dolarhyde’s monstrous alter ego. The clash between the two personalities made for some intense TV.

The original cast of the show still dominated. Mads Mikkelsen and Hugh Dancy have amazing chemistry together, which is good, since Hannibal and Will’s twisted relationship is the beating heart of the show. Laurence Fishburne’s Jack Crawford remains a solid presence. And they finally figured out what to do with Alana, so Caroline Dhavernas could have some fun with her character (and I could finally enjoy her). And there were the always dependable supporting cast to give the show some flair – not that Hannibal is ever lacking in that department. Raul Esparza deserves special kudos for playing someone as smarmy as Dr. Chilton and yet somehow still managing to make you root for him.

The Red Dragon storyline also was a return to form for the show’s visuals. They were beautiful and wild, but it didn’t reach the levels of self-indulgence that the first half of the season did. (I did like the first half of Hannibal, but it wasn’t up to the standards of the rest of the series).

The series finale, ‘The Wrath of the Lamb’ was so spectacular, that I was simultaneously furious it was the last episode of the show, while also feeling slightly awed and satisfied. In the end, I’m glad Bryan Fuller and his team were able to create such a beautiful, brilliant, nightmarish show and share it with us. And if they ever found a way to bring Hannibal back, I would watch it in a heartbeat.

2) Parks and Recreation
I think I would have loved the last season of Parks and Recreation no matter what. It’s one of my standard go-to shows when I need cheering up because of its humor that is never mean-spirited, and its relentless optimism. To be fair, through its seven year run, this show has had its ups and downs, so its last season could have gone either way. You can imagine my relief when Season 7 ended up being one of my favorite seasons. It was funny, and yes, sentimental, but not overly so. It brought up past conflicts, and fan-favorite supporting characters, but it never felt like it was dredging up the past just to cater to fans. The show used its rich history to push its main characters forward.

Because yes, the characters all move on from the titular Parks department, but they end up in places that make complete sense for them. It’s great to go back and watch old episodes and marvel at how each character has organically grown. It’s part of what made the last season so satisfying to watch. The characters complete arcs they’ve been working towards throughout the whole series, even as the show shakes up the format on an episode by episode basis. (The show within a show ‘The Johnny Karate Super Awesome Musical Explosion Show’ and the bottle episode ‘Leslie and Ron’ are the two most obvious examples).

The last episode of the series ‘One Last Ride’ was also a perfect send-off. It featured a series of flash-forwards, so we saw that while one chapter ended for the characters, their stories would continue. (I’m allowed to be cheesy, because Leslie Knope would probably say something similar). Like the season, ‘One Last Ride’ was funny, it was sweet, and yes, it was sentimental. And (spoilers) everyone got a happy ending. What more could you want?

1) Jessica Jones
A late show (premiering in late November), Jessica Jones had me hooked from the first episode. A lot of that has to do with Krysten Ritter’s solid and engaging performance as Jessica Jones. Jessica is unapologetically brash and rude, but deep down a good person. She is an alcoholic with super strength, struggling with PTSD. And despite all the terrible things that happened to her in the past, Jessica never lost her snark. Despite her powers (the super strength and the snark), what made Jessica interesting to watch was her vulnerable moments, when she struggled, but kept fighting.

It helped that she had a terrifying antagonist. David Tennant’s Kilgrave is genuinely the scariest Marvel villain to date. Kilgrave has the power to make anyone do whatever he says. But he doesn’t use it for global domination. He operates anonymously, which makes him harder to fight, since he’s such a shadowy, almost mythical figure. The thing is: Kilgrave doesn’t have to rule the world, because he’s already the center of his own little universe. A universe where everyone caters to his every whim. The only thing he can’t have is Jessica, which makes him want her all the more.

He is the abusive ex-boyfriend from hell. And while not everyone has a mind-controlling ex, Kilgrave’s worst qualities can be seen in entitled creeps in everyday life. That’s something else terrifying about him – you probably have met someone with a similar personality. But the thing that takes Jessica Jones from a good show to a great one is the fact that while David Tennant is a very charismatic actor, and his Kilgrave is charming on the surface level, the show makes it clear his is a bad guy. It shows how his victims are affected, and how they work towards recovery. It also deals with the subject of rape. Jessica (and another character, Hope) is a victim of rape, which is explicitly stated. Jessica Jones never questions this. It never debates whether or not Kilgrave’s victims should have done anything different, whether they had it coming, whether they deserved it. It treats them as survivors of a horrific crime, and shows how they have struggle afterwards. Jessica Jones treats rape with more thoughtfulness than most TV shows out there, by showing its victims as human beings. It’s kind of sad that this is so revolutionary.

Jessica Jones deals with a lot of heavy subject matter, and is pretty dark over all. But it is a smart critique on how society deals with some controversial issues, while also providing a small degree of superhero-noir escapism. (Super-hero noir isn’t really a thing, but Jessica Jones shows why it should be a thing). Jessica Jones is well-written, spectacularly shot, brilliantly acted, and my favorite show of 2015.

What were your favorite shows of 2015? Sound off in the comments.