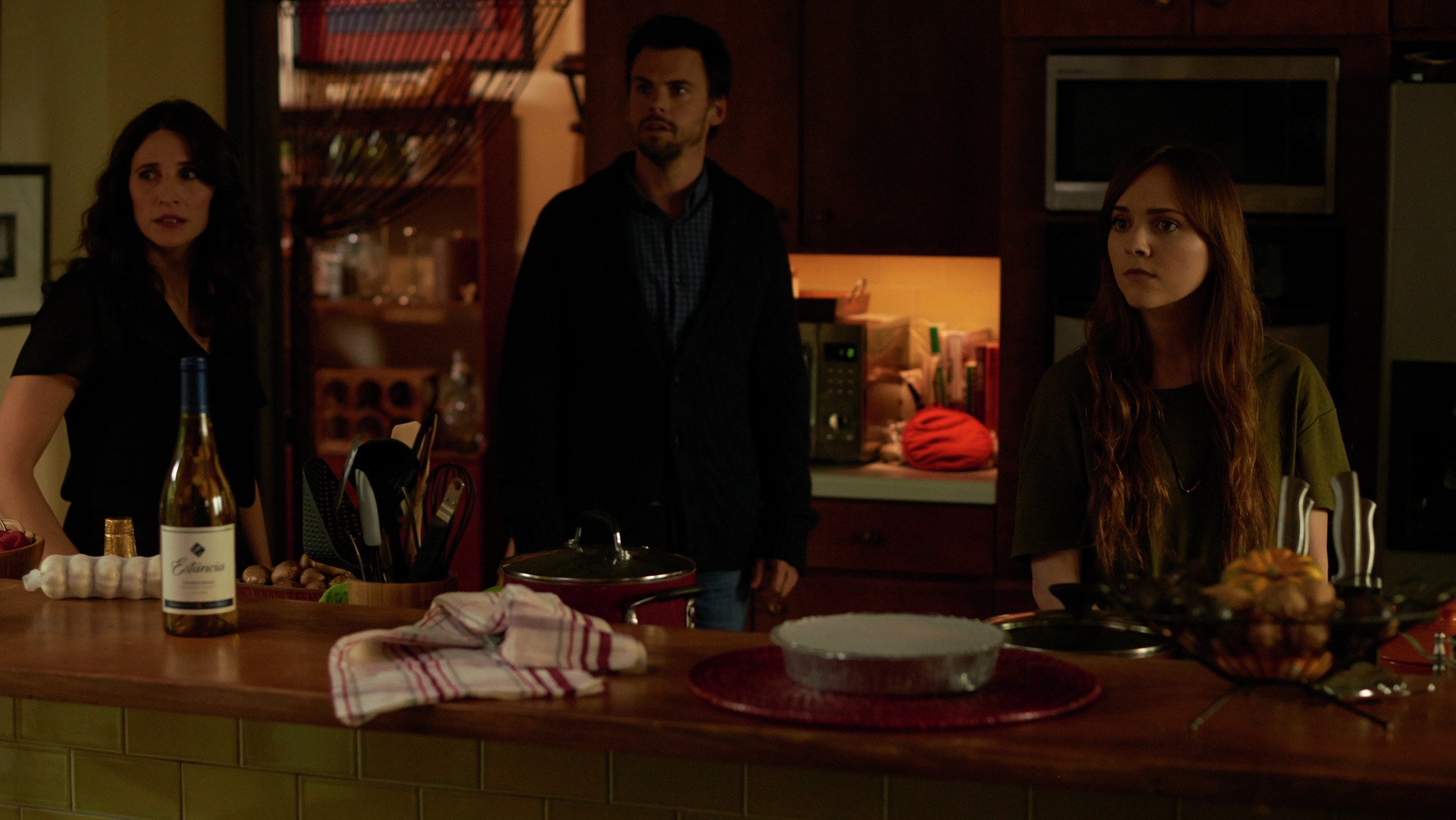 Most of my favourite television shows are a little bit brutal. Not really brutal like The Americans or Daredevil, that sort of long-slog, pitch-dark, blood-bathed stuff. Just a little bit brutal. Usually half hours, often billed as comedies but ultimately hard to define as such, my favourite shows tend to have vague, commonplace premises like “two toxic personalities attempt a relationship” (the actual Wikipedia description of You’re the Worst). They’re all funny, to varying degrees, they’re all touching, and they’re all just a little bit brutal. Because that’s what life is. Unless you are hiding some serious shit, life is not Homeland, it’s Casual.

A strong and complex addition to Hulu’s ever-evolving lineup of original programming, this single-camera dramedy from newcomer Zander Lehmann is about a trio of family members at three very different but not all-that-different stages of life when all they think they want is something “casual”. Newly divorced Michaela Watkins and her Ricci-esque teenage daughter Tara Lynne Barr move in with bachelor brother/uncle Tommy Dewey, the creator of a deeply flawed online dating site that is best used for casual sex. But, as with all truly great shows, the premise tells you basically nothing about what makes the show really work.

Barr’s character Laura is still a weak link, playing the precociously evolved “wise teenager” bit alongside a tired storyline about her hot photography teacher, but Watkins and Dewey form such a tight and intriguing foundation that even the most precarious story elements (Leon, one-night-stand who won’t go away; Fraces Conroy as the wacky mom about to infringe on her kids’ messy lives) don’t seem likely to bring Casual down.

Known to me mostly as the douchey sports agent from Mindy Project season one, Tommy Dewey is exceptional as Alex Cole. With careful nuance he plays Alex as just clever enough to believably have written the algorithm to a successful website and just callous enough to exploit it, cloaked in a trope-y bachelor persona with something new and intricate and afraid underneath. Watkins, an overlooked SNL gem and scene-stealer on the wonderful-but-canceled Trophy Wife, trades in her usual oddball bravura for an air of deeply human desperation that only rarely punctures her un-sitcom-like adult competence as mother/sister/therapist/divorcee/human being Valerie. Alex and Valerie are siblings, confidants, best friends and, now, roommates; it’s at once a really lovely relationship and one that is awkwardly close- possibly really screwing them up, definitely holding them back.

Four episodes in, Casual seems to improve weekly, the fantastically titled “…” being its best instalment yet as Valerie discovers the vast indignity of spending a day trying to recapture a morning-after feeling and Alex sleeps with “a four” (played, because this is TV, by an actress who is at least a 7). The latter plot, something that in a lesser writer and actor’s hands would almost surely be an unemotional blip or a bro-y “slumming it” story, marks a seismic turning point for Alex while also defining some of the casual cruelty that has maybe been heretofore easy to overlook amidst the fundamental goodness Dewey plays so wonderfully in his scenes with Watkins and Barr. In an innocent attempt to explain to the woman in his bed how their encounter helped him expand his personal concept of intimacy (she’s the first person whom he ever slept with “because of her personality” and he loved it), he makes her feel small, insecure and used. He deserves the headache that follows for the crime of his immaturity, insensitivity and culturally ingrained sense of purely aesthetic-based superiority, but he meant, without malice, to tell her what she meant to him, specifically in contrast to the gorgeous model who inspired his (hilarious) intellectual ire in the pilot episode.

With that one small scene, Lehmann and Dewey perfectly define a character (not to mention the culture of which he’s an easily identifiable product) while changing him forever. It’s a quiet but massive character moment and a sad, uncomfortable commentary on the ways in which we hurt each other without ever meaning harm. It’s funny and it’s personal- like Casual– small, short, simple, and a little bit brutal.

Check out Casual on Hulu anytime; new episodes every Wednesday.