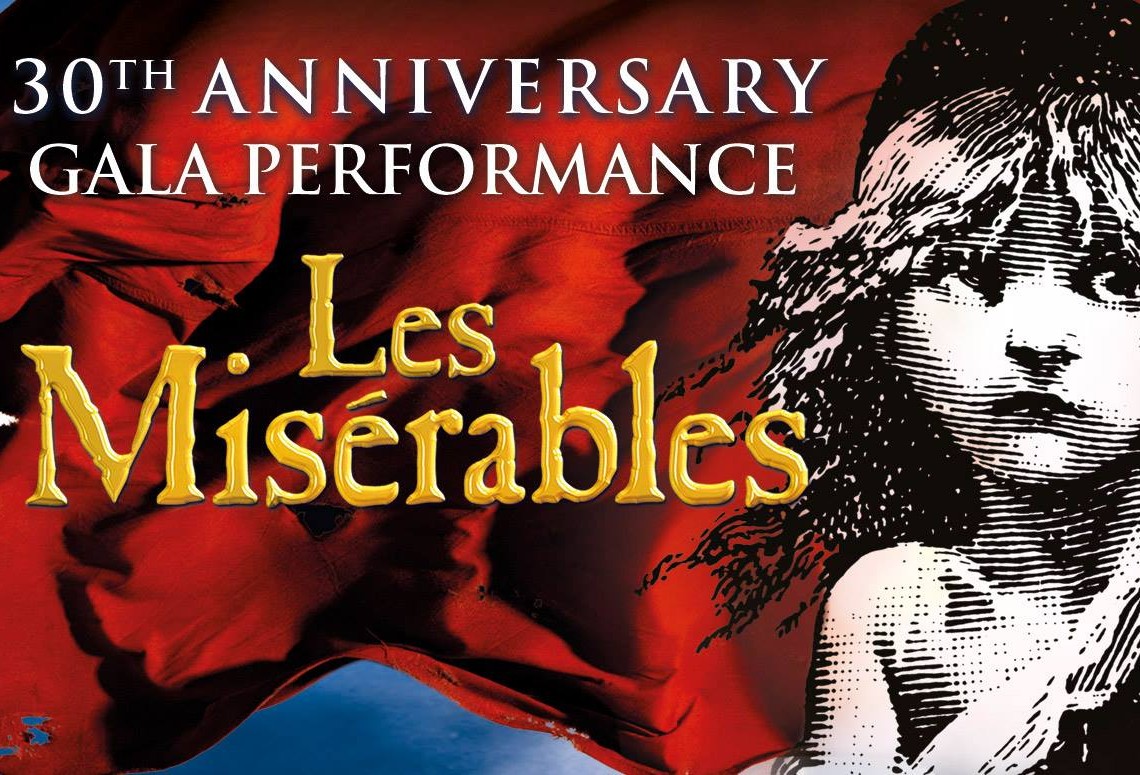 With the Les Miserables 30th Anniversary Concert almost here on the 8th October, I have had the great privilege to talk with Jeremy Secomb, the man playing the role of Javert, about himself, his character and the musical as a whole.

Before taking the part up in July of this year after a major cast change, Jeremy acted in The Phantom of The Opera as Piangi while also covering for the Phantom and starred as the titular role in the critically-acclaimed production of Sweeney Todd in 2014. Unfortunately, I cannot reveal anything new about the concert itself (mainly because Jeremy knows as much as we do) but in the interview we are able to gain an exclusive look into his role and its place in the thirty-year tradition of the show’s performance.

So, you’ve been inhabited some of the most iconic roles in theatre: you’ve been the Phantom and recently Sweeney Todd last year. What made you go for Javert?
I think every performer worth his salt wants to be in Les Mis. For my whole career it’s something I’ve always wanted to do. The process of me getting the part was that Cameron Mackintosh came to a performance of Sweeney Todd and he saw me and that point decided that he wanted me in the show. I was invited along to meet him and he opened the eyes of his office to the idea of me as Javert and then I got the role.

Obviously, for such a part, a lot of people have played him. What do you think you bring differently to the character that others perhaps have not?
That’s a hard question! Because a lot of people have played the part throughout these thirty years you have to follow to an extent what has come before you. You have to play these kinds of roles within a parameter. When you go to the rehearsals you have to follow blocking that has been the same for thirty years. You have to move to this particular place and do this certain action and it’s only when you’ve done that that you get to perform the role how you like. And there have been so many incredible performers who have taken the role—I’m not sure that I necessarily bring anything new to it. One thing is that, generally, Javert has been cast a little younger than I am and so I think I bring a maturity to the role that it used to have and Cameron was conscious of this when he cast me. Another thing is that Javert is traditionally a role for bass-baritones and I’m a tenor, so that’s a difference: the high notes don’t bother me at all, it’s the lower notes that I have to work on.

So, along with being in Phantom which has been on for a similar length, with Les Mis as the longest running musical of all time in London, why do you think it has lasted for thirty years?
I think that’s based on how the show came to be. The story goes is that Cameron was handed a cast recording of this French show based on Victor Hugo’s book and after 4 songs he couldn’t understand a word but he picked up the phone and started talking to the composer. Then the Royal Shakespeare Company picked it up and that’s a big reason: it was born out of the RSC’s incredible wealth of talent and knowledge and was handled by the great John Caird and Trevor Nunn—it was the perfect storm: every element came together. Performing it today, judging by the audience’s reactions that I see at the stage door, it’s still the fantastic and brilliant show that it was thirty years ago. Everyone can relate to it—its story and themes are so identifiable: we see Valjean, the man who is imprisoned and then forgiven by the bishop and then looks after the child whose mother has died; it’s got such great and relatable characters, even Javert.

Well I was going to ask about that: you’ve come from playing heroic figures (well, Sweeney Todd being more of a mixture of Valjean and Javert), has it been a challenge approaching a role that most see as villainous?
It has been challenging: the thing is that Javert is not a baddie, he’s just portrayed that way. He’s not a villain: he is simply a religious and law-abiding man. It’s the way that the audience perceives him that makes him what he is in the show. They see Jean Valjean, imprisoned, escaping his parole, forgiven with the silver that the Bishop gives him, but to Javert he’s another prisoner who escaped and needs to be imprisoned again. He does not see what the audience sees. There’s a section in the book that’s in the musical but it’s not elaborated on too much and it’s when Javert says that he was born inside a jail. He was born on the same side of the law as Valjean but his life’s desire is to escape that place and struggle to become the law-abiding citizen he wants to be. He is a man with a defined belief system: when I was discussing how to approach the role with Cameron Mackintosh we talked about what kind of belief system Javert has and he gave me the idea that Javert is an Old Testament kind of person. He doesn’t believe that people can change. It’s quite hard because he only sees certain parts of the play: he doesn’t see Valjean’s redemption.

So the show is all matter of perspective?
Exactly. It’s the way the audience perceives it: like Valjean, Javert is an honest man. He’s not a baddie: he’s bullheaded and stubborn but I don’t play him as the bad guy.

It’s a hard role, especially with what some would regard as the hardest scene in the entire show: the suicide. I know it may be difficult to give an answer to this, but is it possible for you to reveal your thought process for the scene and how you approach it?
I discussed how to do this with the director and what I found was that the key question for me was: what is the trigger? At what point do the character’s ideas change so much as to lead to his contemplation, as in the opening of ‘Javert’s Suicide’ where he asks ‘Who is this man? What sort of devil is he?’, and we nailed it down to when he is let go from the barricade. When he’s undercover and he is freed by Valjean who later lets him go after he catches him, even though it is absolutely his right to kill him at that point from all that had gone before. Valjean is an escaped prisoner under his command and he should kill him but he doesn’t. The initial trigger starts and then he also sees that Valjean is trying to save the young boy, Marius, after tracking him in the sewers. At this point his world view is being challenged. He is thinking: why did he let me go? He can’t work it out and he questions pretty much all of his life at that point—one of things that differs between the actors who do this scene is how they approach the bridge that Javert jumps off. My director and I were working out how to do it: does he know that he is climbing on to the edge? The way I do it is that he does it without thinking.

As though there’s some force guiding him?
With so much that has happened, he starts to question everything and it snowballs and snowballs until he finds himself on the edge of the bridge. The thing with the way I approach the suicide is that there has to be a moment when he realises that he is going to die. I read an article, and this is going way back, 10 years or so, about suicide victims, particularly those with depression and there is often a moment, a moment when they make the decision—and they may take a week to sort out their affairs afterwards but they know what they are going to do. And the way I play it, at least the way I believe it is seen, is that when he’s on the bridge he has this moment.

So the show comprises these instances and moments? Moments like these and then moments of forgiveness like with Valjean?
But the thing about Javert, unlike Valjean, is that he is stuck with his forgiveness: it’s not like Valjean where he has this journey of redemption: he doesn’t understand. Whereas Valjean grows and finds a different path, he doesn’t achieve any of that. Because of his stubbornness and pig-headedness he cannot handle what he’s experienced and that’s the reason for his suicide. He faces this incredible sea change and that’s why he eventually jumps and I can only hope that I portray that to the audiences who come in every night. It’s what makes it such a fantastic character for me to play and it’s part of why Les Mis is such a fantastic and enduring show.

Les Miserables plays Monday through Saturday at the Queen’s Theatre with the exception of next Thursday for the Anniversary Concert celebrating 30 years of the musical’s performance.