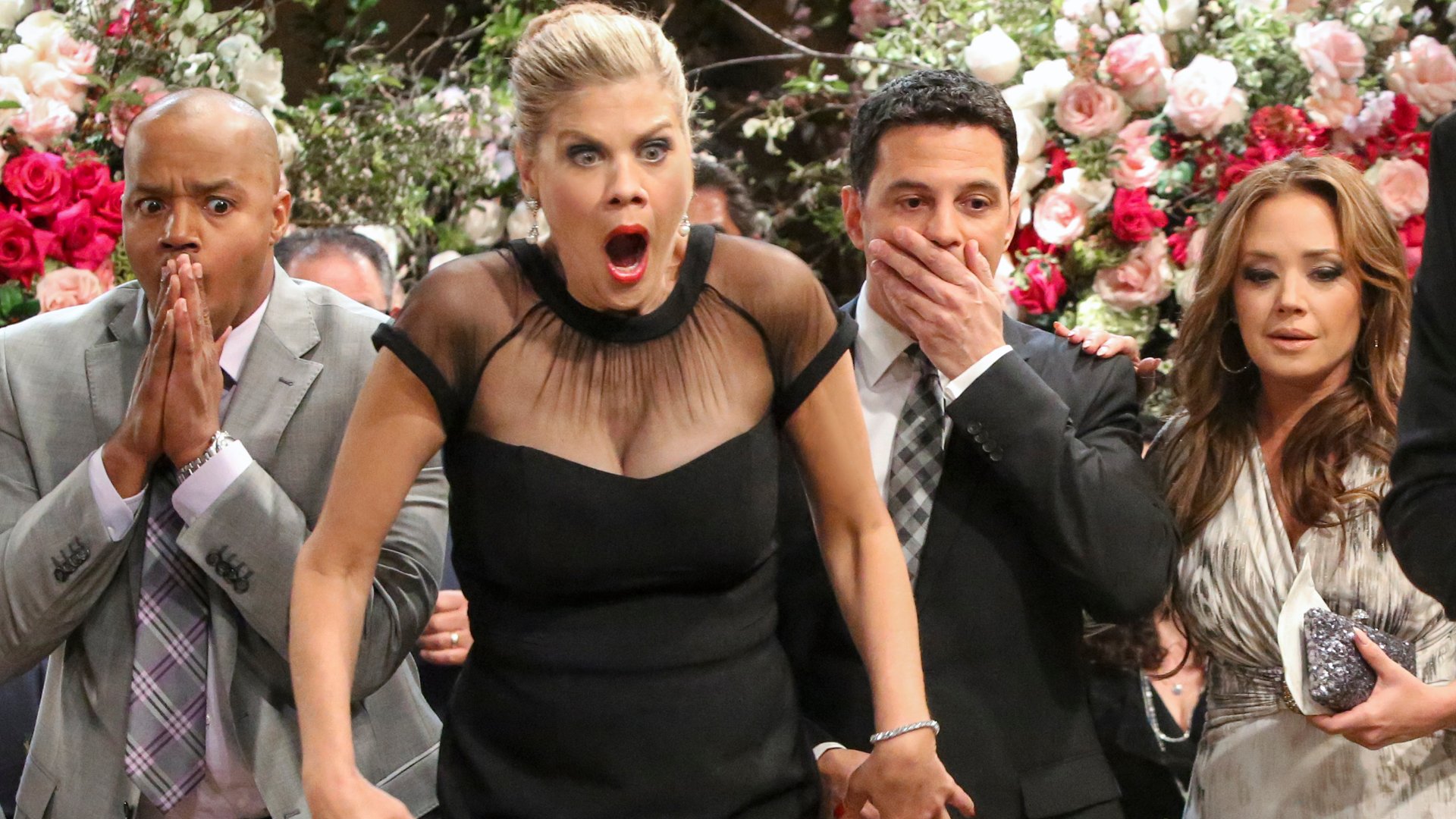 The End of The Exes

I’m not sure why I stuck with the thoroughly mediocre TVLand sitcom The Exes through its entire four-season run. Maybe it was loyalty to Donald Faison despite the broad race and “player” jokes that formed the entire basis of his sports agent character Phil. Maybe it was the fact that I found David Alan Basche’s cheesy Stuart decently adorable or how winningly Kelly Stables played the overlooked and overworked (and constantly pretending not to be pregnant) Eden. I always enjoyed Kristen Johnston’s overwhelming alpha woman Holly and, in later seasons, Leah Remini’s brash Nicki but the show was never better than mildly amusing. I probably just watched because I love sitcoms in almost any form and this particular one aired in the summer. No matter the reason, I watched it, the entire thing, and now it’s over; this thing that was a part of my life since 2011 is over (as of last Wednesday) so I feel like it should be eulogized.

The temptation in the Exes writers room must have been to use the final season to match each of the four main characters (plus maybe Eden and Nicki) up with a new love interest and send them into their off-the-air future with the singleness that formed the premise of the show essentially “cured”. I couldn’t be happier to report that that is not what happened at the end of The Exes. In fact, only one character (the last one you’d expect) ended the series married and no one else even had a serious love interest. Instead, they had fulfilled dreams (*spoilers* Stuart opened his own restaurant; Phil had a three-way, because Phil was a cartoon) and they had each other, which was, after all, kind of the point of the whole series.

The series ended with the three exes (Phil, Stuart and Haskell) and their divorce lawyer/landlord/best friend Holly (plus her assistant because you can’t forget Eden) crowded on the couch that formed the centrepiece of the opening credits in the preceding 63 episodes. Haskell was about to move out (*bigger spoiler* he remarried his ex-wife in the finale after realizing that they were always able to laugh together, or something. She was played by Chessy from the Parent Trap so I was on board no matter what). The gang took one last photo together and couldn’t quite bring themselves to get up. We cut to the credits before anyone moved, suspending the friends at their last moment together before moving on and leaving TVLand for good. It was as fitting an ending as I ever could have hoped for from a middling but likeable show- unexpected but unsurprising in a sort of perfect way.