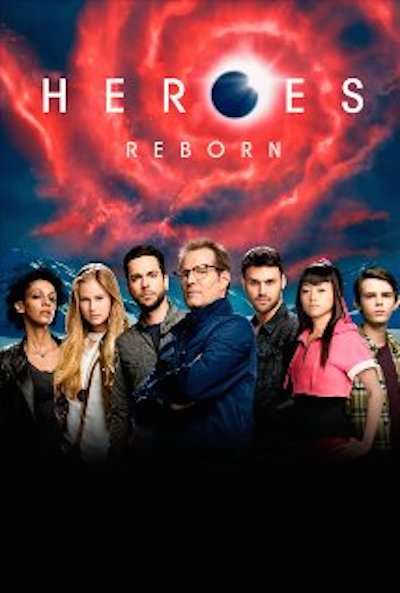 In preparation for Heroes: Reborn, I wanted to watch the entire original series through. I’ll admit that I was a die-hard fan of season 1 but, like most people, gave up somewhere mid-season two. But with the resurgence of superhero stories, it felt like 2015 was the perfect time to bring back a show that should have performed much better than it did. As with all things, time got the best of me and instead of watching the series, I settled for the 6 episode mini-series (essentially a prequel to Heroes: Reborn which tells a story sometime after the end of Heroes).

After watching the premiere, I’m regretting my decision. I found myself doing a decent amount of googling during the two hour opener (wait, who is Rene and am I supposed to remember him? Turns out, he is the Haitian played by a different actor. Who is this Molly Walker and why is she so important? Oh, right she was the little girl who could locate anyone). This is never a great sign for a show that wants to gain more viewers than it did the first time around. Regardless, they did a good enough job of introducing a few new characters.

Reborn picks up where the mini-series left off. A huge explosion killing thousands occurred in Odessa, TX and Mohinder (another guy new comers will need to research) is supposedly to blame along with a small group of EVOs (evolved humans). One of the EVOs is the sister of Henry who is (so far) a human out to prove his sister’s innocence. Henry starts stalking Noah Bennet (aka HRG aka the cheerleader’s dad) who is living a new life with a new fiancé and a new name. Noah ends up at a dentist office where he meets Rene and Rene immediately tries to kill him. They fight and HRG shoots Rene but not before finding out that Rene had wiped his memory and HRG had previously told Rene to try and kill him if he came for him. Before Rene dies he tells HRG that something is coming.We don’t know why any of this is happening but the fact that Claire is MIA and we saw HRG yelling her name at the scene of the explosion, should indicate that she might actually be dead? Following the rest of their storyline, HRG takes Henry to the scene of the explosion where they are greeted by Luke and Joanne Collins (the presumed bad guys this season…at least I think..more on them later). This is where HRG learns that that somehow Molly Walker is again a hot commodity that everyone is trying to find.

Meanwhile, Tommy Clarke (a young dorky kid) and his mom are trying to flee the country but return after realizing the EVOs are being stopped. Tommy attends an AA type meeting with a group of EVOs but leaves early. He leaves in the nick of time, because the Collins’ couple are there and kill every single person. We learn that they had a son who died in Odessa so it appears they are on some type of revenge mission. Tommy returns to school and the Collins’ decide to find him and kill him. Back at school, Tommy befriends his new crush Emily and Emily’s boyfriend threatens Tommy. That all changes when he learns that Tommy is an EVO who can make things/people disappear. The boyfriend asks Tommy to make his step-dad vanish, but when Tommy doesn’t follow through, some creepy man with an obsession with pennies secretly makes him vanish. The Collins’ return to kill Tommy, Emily shows up as it’s about to happen, and then Tommy vanished them both.

We are introduced to a few other notable characters. There’s Katana Girl whose power somehow involves opening a sword and transporting into a video game (my least favorite so far). She’s on a quest to save her father (we see his image and I assume he might be someone from the original series, but at this point I’m too bored to look it up). Then there’s Molly Walker who we don’t actually learn is the grown-up Walker until the end of the episode. She tries to seduce and steal money from an EVO who uses his powers to win at a casino. He and his girlfriend end up kidnapping Molly in the end. Lastly, there’s Carlos who finds out his brother (I think it was his brother?) is a masked hero. His brother dies in an apparent set-up and Carlos is seemingly left to avenge his death. Jose, the son, also wishes he could have shown his dad “something” (which is revealed to be that he too has powers).

Much like the first go around of Heroes, this series spent the first episodes trying to introduce all of the various players. Sadly, it felt more like Heroes Season 3 Revisited than Heroes Reborn.