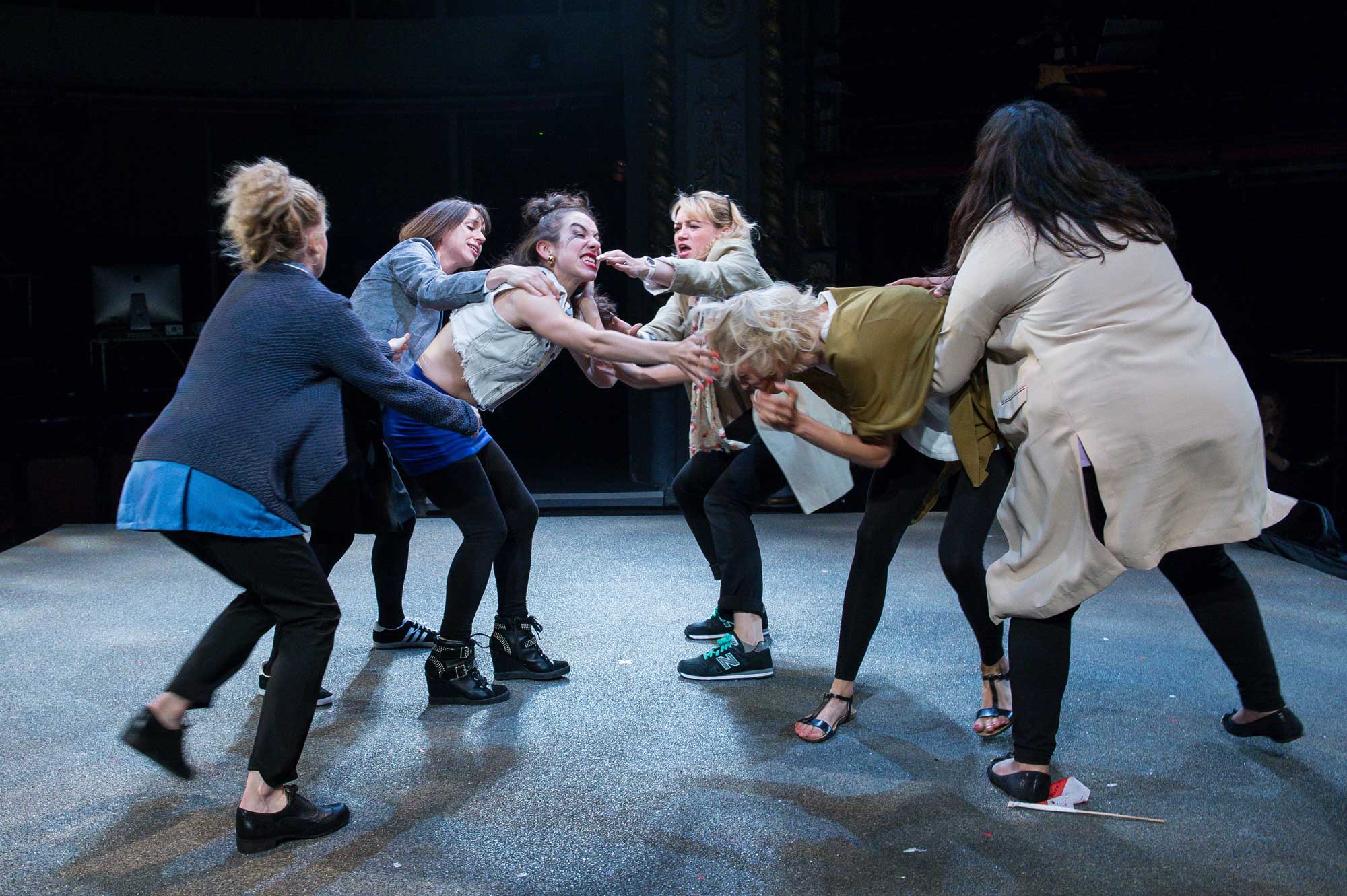 Future Conditional at the Old Vic

I have always hated monographs that moonlight as plays or novels or paintings, though I have to make an exception for Future Conditional. It is so unabashed in its stance on education and class that it commands a degree of respect. As a play for many generations, it probably will not be that, but it is refreshing to have a political piece smack the audience over the head with its argument. There are four stories: a girl tries to get into Oxford; mothers fret about choosing the right schools for their children; a disparaging teacher finds joy in a precocious student; an Education Commission fails to make progress.

It is good in a perverse manner; it is good for the same reasons Man and Superman was at The National was this spring: its style is just manic enough for it to be charming. Director Matthew Marchus maintains a balance. He understands symmetry when it comes to the Old Vic’s in-the-round setup: each actor uses every conceivable space in a natural way and this does a lot in mitigating the characters’ declamatory dialogue. This is particularly strong in the scenes with the six mothers, whose quarrels become an eminently watchable form of tribal combat, each of them torn between their morals and their desire for their child’s success. There is also a prudent use of the stage in the spaces between scenes whereby a mass of schoolchildren (who are not so subtly the adult actors dressed in uniform) flood the stage, injecting the piece with enough adrenaline—Christopher Nightingale’s punk-informed arrangements help here—to make the audience look forward to the next scene.

The relative energy of the piece is astutely weighed up. Despite its length, the play rarely becomes stale, with enough progression of its four stories to feel as though it leads to a conclusion. However, while the various intensities of the scenes are complementary, the four narratives barely cohere on any other levels, to the extent that half of the play’s characters feel unnecessary: the scenes with Oxford interviewers are merely there to prove a point and the moments with the school teacher, played by a mostly competent Rob Brydon, are fairly mawkish.

Really, Tamsin Oglesby script is so flawed that many would be justified in their contempt for the production. Nevertheless, the actors’ commitment to their roles, despite the extreme lack of subtlety in anything they have to say, is admirable and oddly humanising. It helps that this commitment grows with each scene: what is at first a bleak ten minutes of a civil servants chattering becomes an insane frenzy of class warfare.

There is a deterministic aspect to the enjoyment of the play, as it happens with most political pieces: Oglesby has an argument and if you agree with it then you are far more likely to be engaged, yet there are universally cheap and objectionable parts to the piece: there are fat jokes, a caricatured chavette and a schoolgirl who embodies a severely warped sense of the Third World—she can only understand the British class system through the idea of tribes (yes, really).

Future Conditional is a problem to write about because there is logically so much to dislike: it is didactic, it stereotypes and it operates on one level of meaning. Two of its four stories should have been cut out, and yet despite everything it has a charm to it. It may be lacking in so many crucial respects but there is joy to be had in its humour and energy.