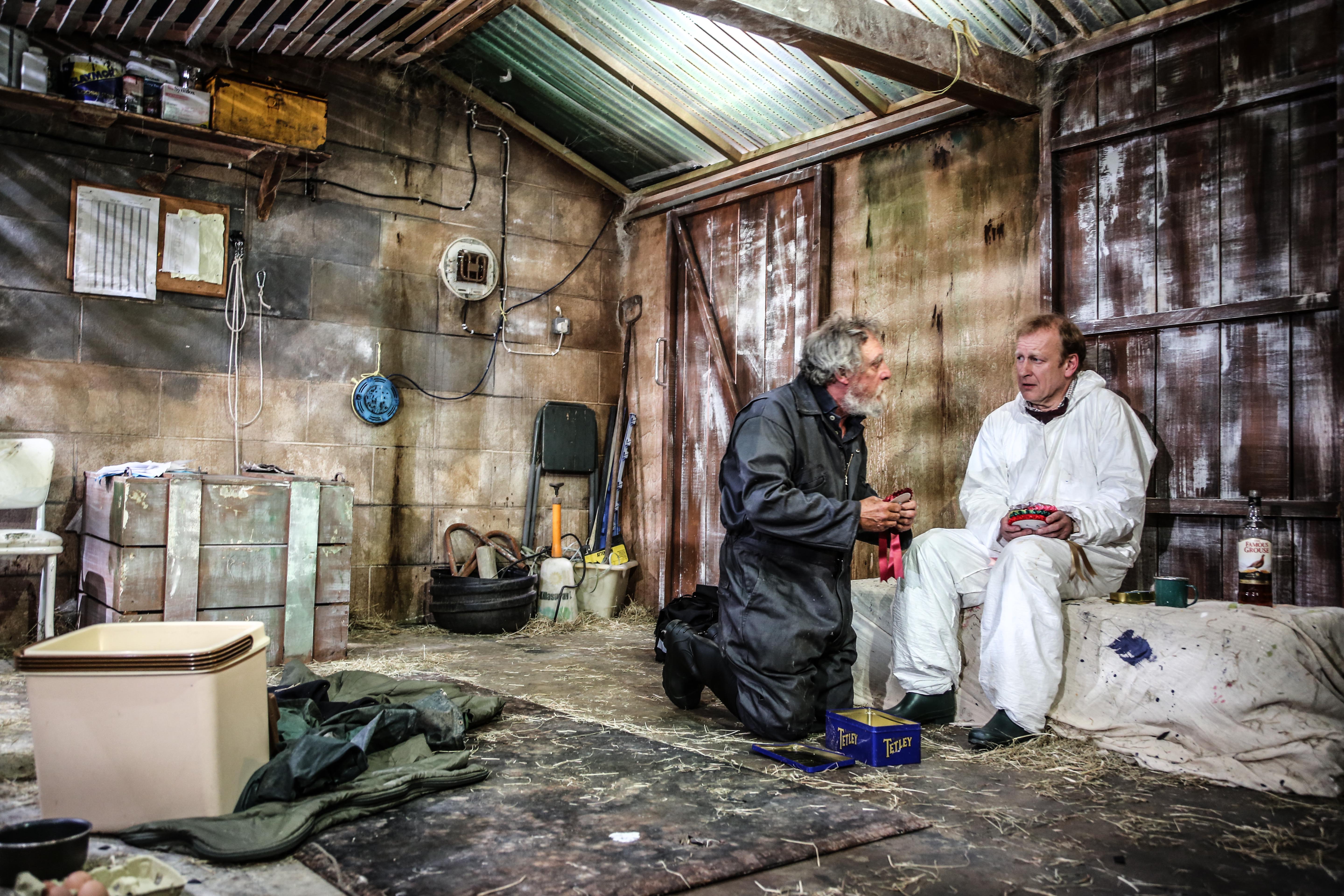 And Then Come the Nightjars at Theatre503

A very well executed production of a unique and interesting new play, And Then Come the Nightjars is simultaneously funny, heart-breaking and eye-opening, and is a real credit to the writer, production team and cast.

Centred on the Foot-and-mouth crisis of 2001 and how it affected a South Devon farm, the play tackles an issue familiar to most Brits but one that few will know much about beyond the news headlines. It allows the audience to get an insight into the immediate and longer term consequences of the pandemic on those directly affected as it follows widowed Michael, a lifelong farmer, and Jeff, his close friend and vet.

Both actors do a fantastic job in their respective roles. They work well together to keep the dialogue fast paced and it is enjoyable to watch their interactions and changing relationship during the play. David Fielder in particular does a remarkable job in the complex role of Michael, a stubborn yet compassionate old man. The part demands a range of emotions and Fielder keeps you captivated whether he is making a joke or breaking down into tears. In scene two of the first Act, where it becomes clear his herd of cows must be killed, Fielder is magnificent in conveying the sporadic and desperate feelings of Michael. His transition over the twelve years in which the play is set also deserves commendation as he slightly alters the character to account for the change of age, both in his dialogue and physicality. His broad Devonshire accent is as accurate as someone not from the area can tell, yet he manages to keep his diction clear enough that you understand every line.

Nigel Hastings proves a solid support to Fielder in the role of Jeff. He is upbeat and compassionate in early scenes but really excels in Act Two when things start to go less well for his character. He would benefit from toning down his characterisation slightly as at times he loses some of the subtlety needed in the play, but in general he does a good job and comes across very likeable.

Director Paul Robinson, allows his actors to make use of their surroundings, creating a number of evocative tableaux during the various scenes. Careful attention is taken to keep the production simple and allow the well written dialogue to be the focal point of the piece. He utilises the wonderful music between scenes to great effect, pausing the dialogue and allowing the audience to reflect on the story while the actors naturally prepare the set for the next scene.

It would be unjust not to mention the quality of Max Dorey’s beautiful set—the cattle barn, where the whole play takes place, simply looks perfect. The amount of detail gone into designing the scenery is evident: from the slightly worn-out wood panes to the outdoor cooking hob and saucepan; everything has been thought out meticulously. Lighting is also used to great effect with the inclusion of typical lights common in a barn such as fluorescent tubes and camping lamps. The way the lighting changes to convey the seasons and time of the day is delicately done while illuminating interesting new areas of the set.

Bea Robert’s play tackles loss, loneliness, kindness and friendship in a humble and empathetic way and this production does a great job at demonstrating the worth of her piece. Almost immediately you feel engaged in the lives of Michael and Jeff and not only do you believe their story, you are captivated by it. This is a charming and insightful short play that I hope gets both the plaudits and audiences it deserves.