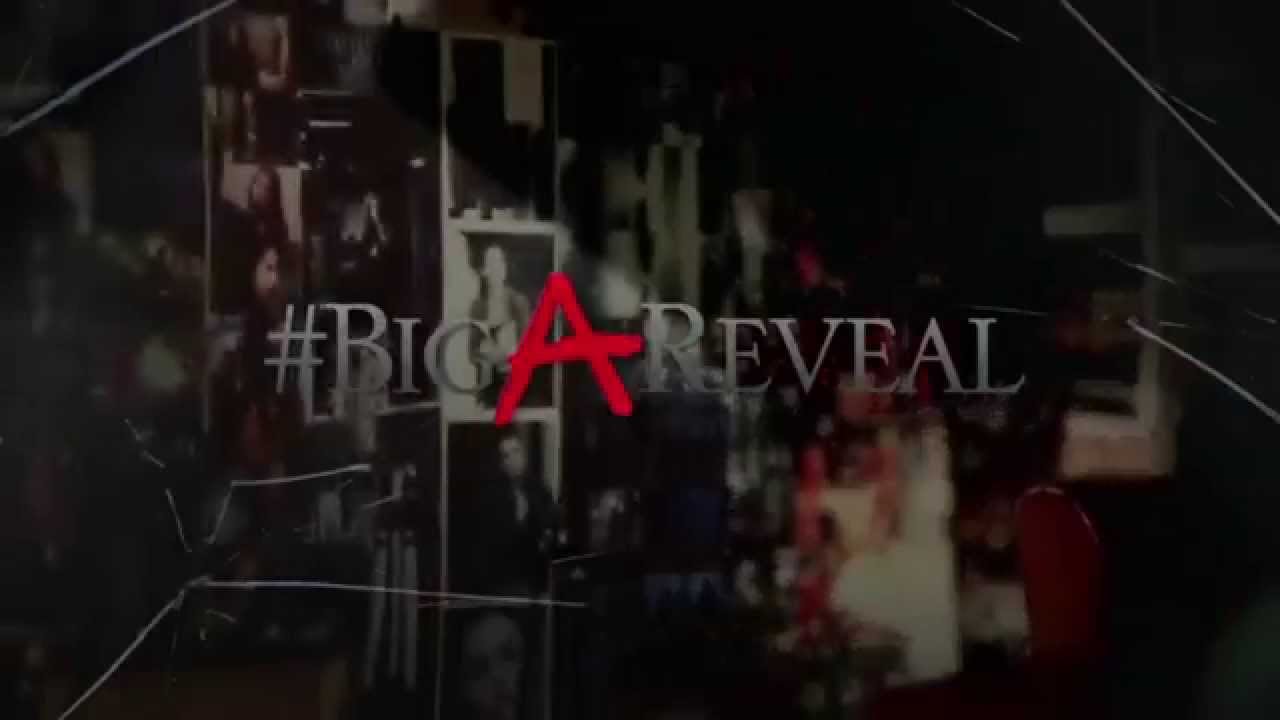 Pretty Little Liars: Who Is A?

Six years in the making, the moment we have all been waiting for is finally less than a week away. The big A reveal on Pretty Little Liars will finally happen on Tuesday August 11th. Maybe you’ve had other things to do (perhaps living your life?) but if you’re anything like me, you’re anxiously waiting for “Game Over, Charles” to appear on your television screen.

Unfortunately, we’ve been down this rode before. First, there was little A, Mona. While she was at Radley Sanitarium for torturing the girls, the “game” was taken from her. Since then, we’ve been baited thinking A could be Toby, Ezra, Shana, Ali, Andrew – everybody and their brother has been accused at one point. For Ali, A actually is her brother, or so we are told. After being told that A is Charles DiLaurentis in the season five finale, we’ve spent the first half of season six trying to figure out who Charles is, and what his motivations are. Is he someone we had never seen before, like new guy Rhys Matthews? Or is he someone we’ve known since the very beginning? Two popular theories about who A is roam the internet currently: Wren Kingston and CeCe Drake. With these three people in mind, let’s look at some of the reasons they could and couldn’t be A.

Rhys Matthews works for the Carissimi Group, the company Jessica DiLaurentis donated money to. It would make sense that she would funnel money into a company instead of giving it directly to her supposed to be deceased son. He also looks like a DiLaurentis, with Hanna noting that he has “Ali’s perfect chin and Jason’s perfect hair.” Rhys was also mysteriously in the DiLaurentis house when the Liars’ moms were lurking around, and seemingly the only one around when the moms were locked in the basement. But bringing a character in during the final stretch of episodes and having everyone suspect him off the bat is far too easy. It’s also extremely boring and I fail to believe anyone that respects television even a little bit would use such a simple reveal when they have the perfect opportunity for a wild twist. Plus, creator I. Marlene King recently tweeted that “Charles IS NOT a random guy.” Rhys is still super random, right?

Wren Kingston is the most talked about suspect right now. His ability to be A prompted a major potential spoiler last month, going so far to have King post an instagram photo saying that no one has leaked the identity of Charles. But she has been known to lie before. Think about every time we thought A was going to be revealed and then it turned out to be a trick. That glimmer of hope was brought to us by King only to be squashed when we kept watching. So who’s to say she isn’t lying again? Wren hasn’t been around much lately, apparently he’s been living it up in London with Melissa, but early on he was all too suspicious a character. First, he kissed Spencer while engaged to Melissa, then Hanna, then he got a job at Radley the same time Mona was admitted. For a successful doctor, he was hanging around girls at least 10 years his junior far too often.

CeCe Drake is another potential A floating around the internet these days. It would makes sense to have a female be A, how often do men really use the word bitch? Maybe CeCe was formerly Charles – CeCe would be a good nickname for Charles. Or maybe she just knew Charles and went a little crazy when he “died.” Not my strongest argument, but I’m just covering my bases for when the reveal ends up being someone ridiculous like Hanna’s dad.

I guess we’ll find out the identity of A next week…hopefully.