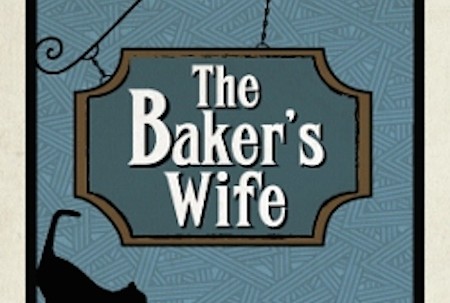 The Baker’s Wife at Drayton Arms

It is refreshing when a rarer musical pops up on the London fringe circuit, and this production of The Baker’s Wife does a fine job at demonstrating one of composer Stephen Schwartz’s lesser known works.

The intimate Drayton Arms Theatre serves perfectly as the local French village where the show is set and the stage design instantly immerses you into the setting. The story is quite simple: it is based on the 1938 French film La Femme du Boulanger and documents the changing dynamics between the village folk following the arrival of a new baker and his beautiful wife.

The ensemble work well together to keep the musical engaging and lively, each with their own unique character, whether that is the snobbish teacher, the simple-minded butcher or any of the other stereotypical people of the village. It is the chorus numbers where the show is strongest with the cast often singing ridiculous and comical lines in four-part harmony. The song ‘Bread’ is a particular highlight which portrays the villagers’ lustfulness for freshly baked pastries following the death of their previous baker. The show tapers off slightly during some of the more intimate scenes where the dialogue is clichéd and becomes somewhat boring to watch.

At large the cast are successful in presenting the comedy needed in this piece, though at times their delivery is slightly off resulting in jokes being missed. Some scenes could benefit from moving at a faster pace which would allow the humour to evolve more fluidly. The text seems to deliberately generalise its characters and there is room for some of the actors to be more farcical in their portrayals rather than keeping it safe. Oliver Jacobson’s depiction of the butcher is spot on however, and he is involved in a number of laugh out loud moments, particularly when bickering with other members of the community.

Gary Bland, playing the cheerful but sensitive baker, has a beautiful tone to his voice and sings very compassionately in some of his more emotive songs. His characterisation is less satisfying though, and sometimes it feels like he is unsure about how best to play the part. He does, however, a reasonable job at demonstrating conflicting emotions during some of his scenes and brings a lot of enthusiasm to others.

Schwartz’s score is very accomplished and successfully reflects the quaint setting of the piece. Elizabeth Chadwick’s recurring number ‘Chanson’ is particularly pretty and sung impressively with warmth. Musical director Kieran Stallard deserves credit for the way he presents the music: harmonies are spot on and solos are sung with the correct intonation. The musical is only accompanied by a keyboard, though the music never feels empty or lacking and Stallard’s elegant playing helps with the flow of the show.

Director Marc Kelly makes good use of the small staging despite entertaining a cast of 13 and there are some clever touches that add to the charm of the show. The direction could be a lot slicker, however, and is lacking the refinement needed to make it a perfectly rounded show. Certainly not faultless, but with many enjoyable moments, a lovely score and some very funny scenes, The Baker’s Wife will leave you with a smile on your face and a warmth in your stomach.