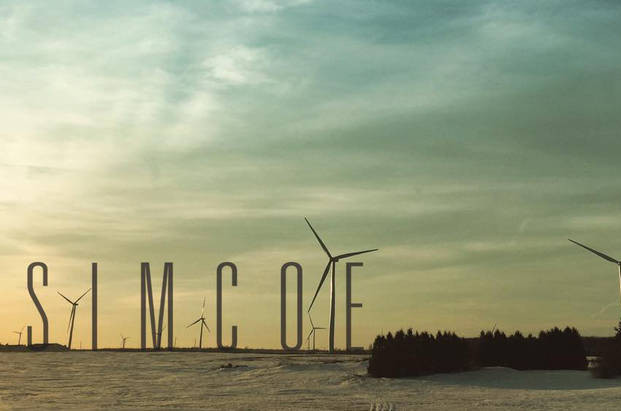 Simcoe is the eponymous first EP release from the Toronto-based indie music makers Simcoe, made up of Bobby Houston, Mike Barford, Jake Gehlen, Julian Hoyle and our own Mike Strizic. It’s a three-song taste of dreamy, atmospheric pop from a band that’s been building their original repertoire over the last couple of years.

Musically and lyrically more advanced than your average Top 40 hitlist, there’s quite a lot to like about the EP. Its biggest strength comes in the form of expressive vocals that wrap themselves fluidly around the words and the trippy, laidback vibe of the music. The three tracks feature shades of 90’s post-punk along with classic pop from the golden era – it’s no surprise that the band lists the likes of Radiohead, Coldplay and the Beatles among their inspirations. The lyrics are poetic and offer an unexpected twist or perspective.

Don’t seek shelter – no
Won’t you feel it all?

There’s a nice combination of layered rhythm and lead guitars that adds to the textural appeal of the tracks; a judicious use of electronics adds to the melodic energy of the music. “Afterglow” is a case in point; the track is punctuated by a melodic bell-like sound that’s echoed by the guitars that sticks in your head.

Kudos for a nice touch with the production go to Mike Barford, who is also a member of the quintet. His approach adds clarity to the sound but doesn’t result in a bloodless rendering of a song – the flaw of many first-time indie releases.

“Closer”, the third track, veers from synthesizer dominated mode to a more stripped back guitar sound – the latter is a mode that I’d like to hear more of the band in, enhanced as it was here by choir-like vocals and an anthemic finish.

They’ll be a band to keep an eye on over the next few years.

Listen to the EP: