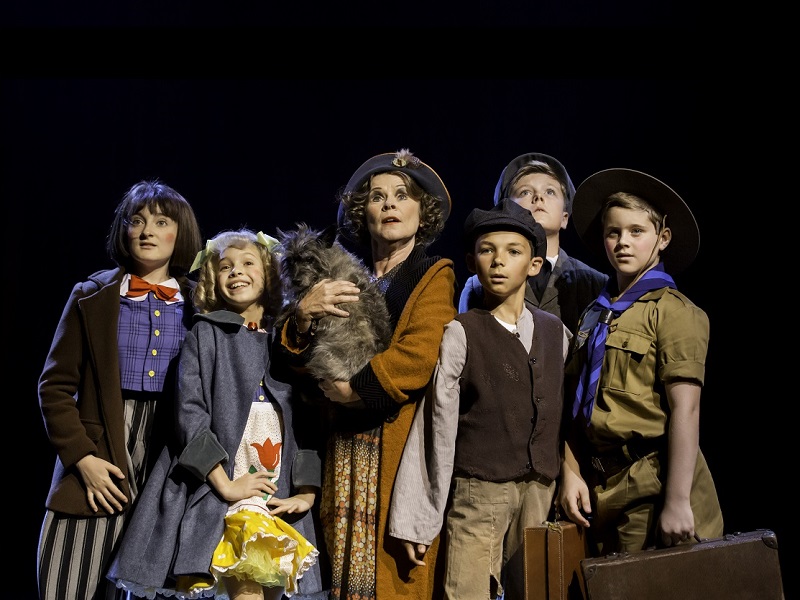 Gypsy at the Savoy Theatre

Take a bow, Imelda Staunton. The national treasure is mesmerising as Mama Rose in this perfect West End revival of the 1959 classic, Gypsy. Having been lucky enough to see the production at the Chichester Festival Theatre prior to its West End run, I couldn’t wait to see it again at the Savoy and certainly wasn’t disappointed. Flawless performances, clever direction, beautiful choreography and crisp musical numbers make this a truly unmissable show for anyone with even a hint of interest in musical theatre.

The musical is based on the memoirs of famous burlesque entertainer Gypsy Rose Lee and centres on her mother’s obsessive struggle to find fame for her two daughters. The show follows the family as they travel from theatre to theatre, performing in variety shows, and culminates with the fame of the eldest daughter, Louise (Gypsy). Remarkably ahead of its time, the musical showcases one of the most powerful and prominent female characters in musical theatre history and contains content that is still very relevant and relatable in today’s society, despite being written over 50 years ago.

This truly is a career-defining performance from Imelda Staunton. From the get-go, she instantly wins you over, making often forgettable numbers such as ‘Some People’ and ‘Small World’ entertaining and engaging. Both her singing and acting capabilities are phenomenal and she even keeps you captivated when not saying anything at all. She provides much humour in the show, particularly early on, but what is really special is how she portrays the sporadic and erratic nature of Rose. This was particularly the case at the end of Act One when the character learns that her younger daughter, June, has eloped. In this scene Staunton brings so much tension that she manages to make the great Savoy Theatre seem intimate. The notorious number, ‘Rose’s Turn’, was unquestionably the climax of the show, with so much emotion and passion thrown into Staunton’s effort. The endless applause immediately after was evidence enough of her faultlessness, not only in this song but throughout the musical.

You’d possibly think such a show-stopping performance from the lead character would mask the rest of the cast; however, many other actors manage to shine through in this production. Lara Pulver’s character development from the shy and marginalised Louise to the confident and spirited Gypsy Rose-Lee is performed naturally and with ease. Her reprise of ‘Let Me Entertain You’, which sees her transition into the queen of burlesque, is a notable highlight of the musical. Peter Davidson is solid as Herbie, the hen-pecked partner of Rose, and brings much charisma to the role. He is also very able at creating drama and passive anger when required, particularly towards the end of the Second Act. His singing ability is something to be desired, although he manages to get away with it on the occasional instances when it is called upon.

Dan Burton is largely restricted to one number as wannabe star Tulsa, but what a number it is: during ‘All I Need Is The Girl’, Burton is given the freedom to show off his more than capable footwork, dancing beautifully and with charm to Stephen Mear’s graceful choreography. Collectively, the cast work wonderfully together and their fast-paced dialogue and natural interactions make it easy to empathize with the characters and believe their relationships.

With director Jonathan Kent on hand who boasts an array of successful shows, including the highly regarded 2011 revival of Sweeney Todd, there was little risk that this production wouldn’t be a success. His subtle touches, littered throughout the show, make it a particularly enjoyable viewing. He allows the performers to play to their strengths and understands the comic timing required within the show. He also doesn’t shy away from uncomfortable silences or awkward exchanges that help make the piece both gripping and poignant.

Scenes flow on very well from each other, most notably during ‘Baby June and Her Newsboys’ when the characters change actors mid song. The choreography is strong throughout, but particularly clever during the children’s theatre performances where the routines are deliberately amateur but still technically impressive. The orchestra are note-perfect and help to create the pizazz of many numbers, a credit to musical director, Nicholas Skilbeck.

Being sat reasonably far back in the theatre, the sound sometimes felt too quiet which meant occasionally dialogue was missed—something that shouldn’t really happen at such an established venue. In general, however, the show is technically complete and the simplistic moving set works well with the fast pace of the show.

All in all, this West End transfer really shows ‘Gypsy’ to be a timeless classic and yet again proves the quality of work being produced at the Chichester Festival Theatre. Imelda Staunton is at her best (something I admittedly said after seeing her in Sweeney Todd four years ago) and I would urge everyone to see this production before it closes later this year.