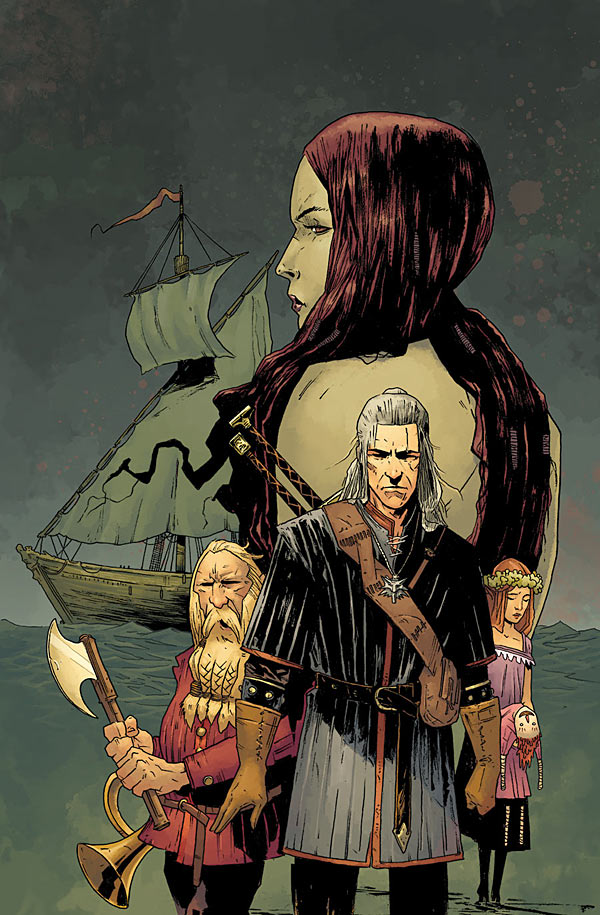 The last time I dug into a comic book written in the fantasy genre, my focus was on a story derived from the world of Dungeons & Dragons. And, though modern writers may push the envelope of that world of swords and sorcery, there was a defined framework upon which it was built – a clear delineation of law and chaos, of good and evil.

There are lots of great stories that have been and can still be told with those rules in place, particularly when the conventions are turned on their heads or paradoxes are created, but this week a comic book came out featuring a different sort of hero in a world where the distinctions between right and wrong are more subtle.

Most North Americans who are familiar with The Witcher know the character from video games – the third game in a series bearing the name is being released this May. Though the existence of comic books based on that character is a direct result of the popularity of those games, the title character, also known as Geralt of Rivia, originated in a series of stories and books written by Polish author Andrzej Sapkowski.

I can’t deny my own Polish heritage may have been partially responsible for my seeking out the books, but what I found in them held my attention tighter than any nationalistic favouritism could’ve managed on its own. Sapkowski’s world is unlike any I’d previously explored. It’s chock full of moral ambiguity and supernatural monsters distilled from the myths of Eastern Europe. The latter aspect is sure to provide a fresh, exotic flair to readers only familiar with things that go bump in Western European nights.

My familiarity with the source material may be colouring my interpretation of this first comic in a five-part series, but I think that The Witcher: Fox Children #1 does an excellent job of nudging and shifting a reader’s sympathies through the story as it unfolds. While I found enjoyment in starting a new adventure featuring a character with whom I’m familiar, Paul Tobin’s writing is very effective in flavouring the narrative authentically for those new to this franchise. He also manages to introduce a handful of characters in a first issue without intimidating the reader.

Joe Querio’s art is more than up to the challenge of making those characters visually distinctive and setting an appropriately murky and mystical look for the world and its inhabitants. Carlos Badilla’s colour work for the book keeps things earthy and ominous. This well-assembled team, which worked together on The Witcher: House of Glass(the character’s first appearance in North American comics published by Dark Horse), has me very optimistic about where this mini-series is going.

While I’m continuing to enjoy Dungeons & Dragons: Legends of Baldur’s Gate, the darker tone of The Witcher: Fox Children appeals to a part of me that can sometimes find the idea of ethical “absolutes” in the fantasy genre unnecessarily too simplified and convenient. I’d definitely recommend The Witcher, as a franchise, to anyone who finds more delight in subversive surprises than adherence to stock characters and similar standards in fantasy. This comic series may end up being the most fun means by which to get a taste of that… unless you prefer novels or video games. In any event, you’re covered.

And, though a familiarity with more traditional fantasy may provide the reader with a greater appreciation for this setting’s differences – a matter of contrast – I’d still recommend The Witcher, in your medium of choice, as a great source for some very refreshing storytelling. It dabbles in situations and language more suitable to readers comfortable with hints of horror and mature content, but generally keeps things tasteful. Because of its fidelity to all of those elements, there’s a lot to like about this comic in particular.