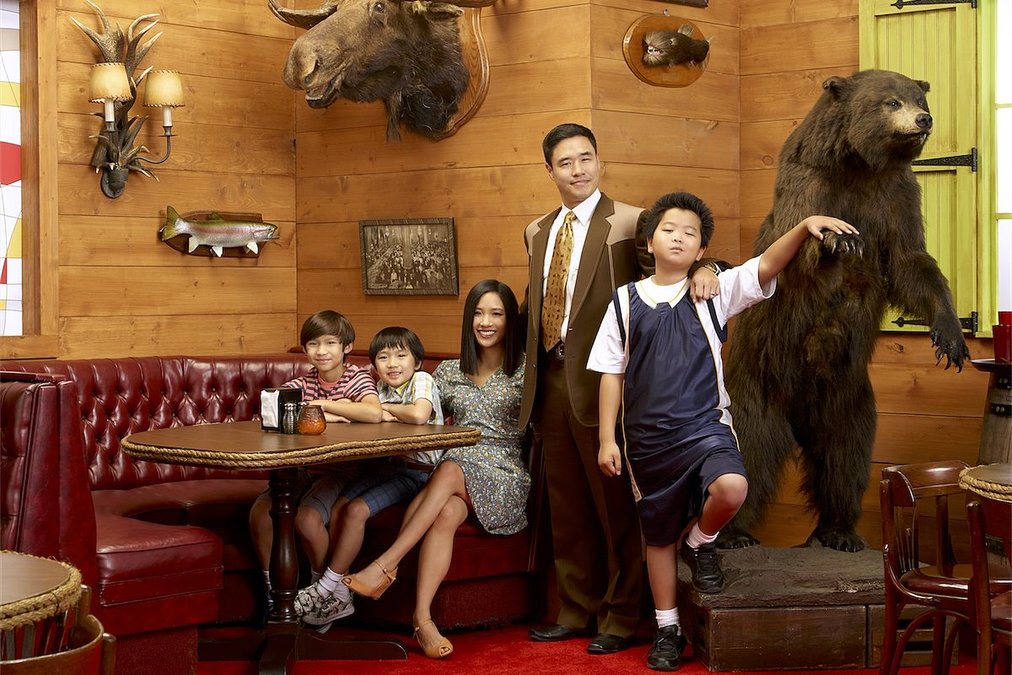 Season Wrap Up: Fresh Off the Boat

“So Chineez” ended Fresh Off the Boat’s first (and hopefully not last) season. While it wasn’t the funniest episode so far, it was one of the more heartfelt ones, which is how I feel about the show overall. The show’s comedy is classic sitcom with lots of one liners and ridiculous situations. It might not be ground-breaking or edgy as far as its comedic style, but it was consistently funny, and had a lot of heart, which was reason enough to tune in every week.

In “So Chineez”, like with most of the show, Jessica (Constance Wu) stole most of the scenes. (It would be a crime for Wu not to get nominated for any awards for this role). She was worried she and her family had become too Americanized. She had a point- when an Asian family wears shoes inside the house, they have reached a certain level of assimilation. She attacked this problem with her usual zeal and stubbornness. What makes Jessica such a great character (other than the fact that she has some of the best one-liners that Wu consistently nails) is that Jessica’s toughness and sometimes extreme way of going about things usually comes from a good place. In this instance, she is afraid she has failed her children and let them forget their heritage.

It’s good that Fresh Off the Boat tackles this particular problem, and it makes sense that they do it so late in the season. The Huang family’s integration snuck up on the audience as well as on the Huangs themselves. One of the things the show does well is it balances general problems faced by the average American family with problems specific to Asian families, and so it was fitting to have the season finale deal with what it means to become an ‘American’ family. The solution while predictable, was also truthful. Liking mac and cheese, or Melrose Place or the country club doesn’t mean the Huangs have turned their backs on their heritage. It means they’re creating a new culture for themselves- a hybrid culture.

Speaking of Melrose Place, another great part of the show is the 90s nostalgia it invokes. One of the best examples of this was in an earlier episode when Jessica’s brother-in-law showed off his new website, only to be thwarted by dial up. This episode featured a running gag with Eddie bribing a classmate with Topanga Lawrence‘s phone number. Any show that so confidentially references Boy Meets World is a winner in my book. And it was nice to see Grandma Huang in on the prank since the character is often underused or left out of plots completely.

The show still struggles with its young protagonist (possibly because of its difficult relationship with his real life adult counterpart). Eddie’s storylines were often the weakest over the season, especially the ones dealing with his creepy crush on his neighbor, Nicole. As the season progressed, so did Eddie’s storylines, this episode especially, with his difficult relationship with his Chinese heritage. It’s nice that he now has a group of friends, since before, his struggles to fit in often hit a reset button. Now, new arcs for his character can be explored, which Hudson Yang has proven he can handle.

Eddie’s younger brothers unexpectedly became one of my favorite parts of the show. They don’t have much depth, and are a little interchangeable, but those two nerdy mama’s boys are so earnest in their line delivery, and are just so cute, that together with Jessica, they make a comedic trio that is as funny as it is sweet. Jessica and her goofy yet ambitious husband Louis (Randall Park) also make a great comedic pairing. They don’t always see eye to eye, but at the end of the day, they’re a team. (And their constant high-fiving without looking is one of the show’s best visual gags).

“So Chineez” felt almost meta – a way of the show questioning its place in the TV landscape. When it debuted, there was a lot of noise about it starring an Asian family, a rarity on American TV. Over the course of its freshman season, the show walked a careful line of drawing its humor from the Huangs’ fish out of water situation and their heritage, using classic family sitcom writing. What does that mean for the show, if it showed its Asian family become more Americanized? Would it still have value?

The answer is unequivocally yes. It’s important to show how first and second generation families assimilate while maintaining their own unique cultural identities. The transition the Huangs go through is one millions of families experience, and it’s one not often shown in the media. Giving a voice to this kind of story gives representation to minorities and shows that at the end of the day, every family is different in their own way, but we’re all human beings. This alone makes the show worth watching, but when you add to the mix good writing, and funny, relatable characters, Fresh Off the Boat is a winner.