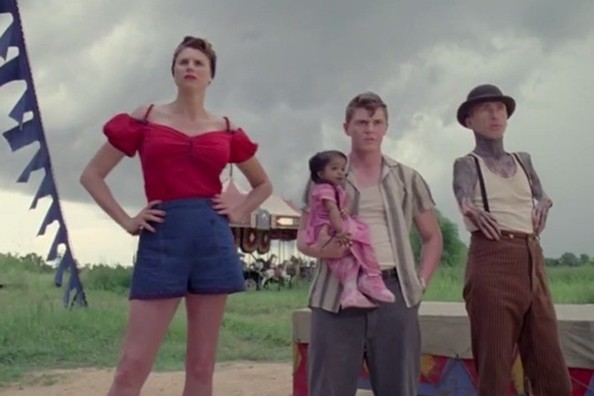 I watched the pilot of American Horror Story back when it first began, guided by unshakeable loyalty to Connie Britton and general fondness for Dylan McDermott. That was the last episode I saw of American Horror Story, simultaneously bored and horrified by the easy, gratuitous Ryan Murphy-ness of it all. Then I heard all the good things about Asylum, and Game Change reminded me just how brilliant Sarah Paulson can be, and Coven added people I love like Gabourey Sidibe and Angela Bassett to the ever-growing ensemble that was starting to resemble a repertory company (though I still maintain that AHS is ABSOLUTELY a drama not a miniseries and its mis-labelling for awards shows is just plain sneaky, even if it does lead to extra acclaim for these amazing actors). So I started anew with the anthology series and tuned in for Freak Show, determined to see it through to the end no matter how unappealing, no matter how simplistic, no matter the Ryan Murphy of it all.

What I found was an utterly bizarre mishmash of nonsense, a barrage of ridiculous accents and dangling plot threads, untethered to coherent mythology or even a strong sense of whether or not we’re in a realistic or supernatural world. This was the season that revealed that all the worlds are connected (apparently Coven and Connie Britton belong in the same universe? Now they DEFINITELY need to compete in the drama category) and Jessica Lange’s last season as the series’ heart of darkness (though I would not be surprised if she changes her mind). Character motivations were about as easy to understand as Kathy Bates’ dialogue (meaning not very) and the season’s disparate principal threads (Dandy/the killer clown story & the freaks/freak collectors story) never really felt cohesive.

But for some reason I was hooked. Evan Peters as Jimmy was a captivating leading man, Finn Wittrock delivered one of the most masterful funny-scary performances in recent memory, Sarah Paulson played two completely different people sharing one body in the most Sarah Paulson-y performance ever (compliment) and Mat Fraser crafted one of the season’s most gloriously sympathetic human beings out of a handful of throwaway lines and a 2-minute flashback. It was all ridiculous, but a lot of it was magical.

Finale Grade: B
Season Grade: B (or, rather, general C punctuated by As)