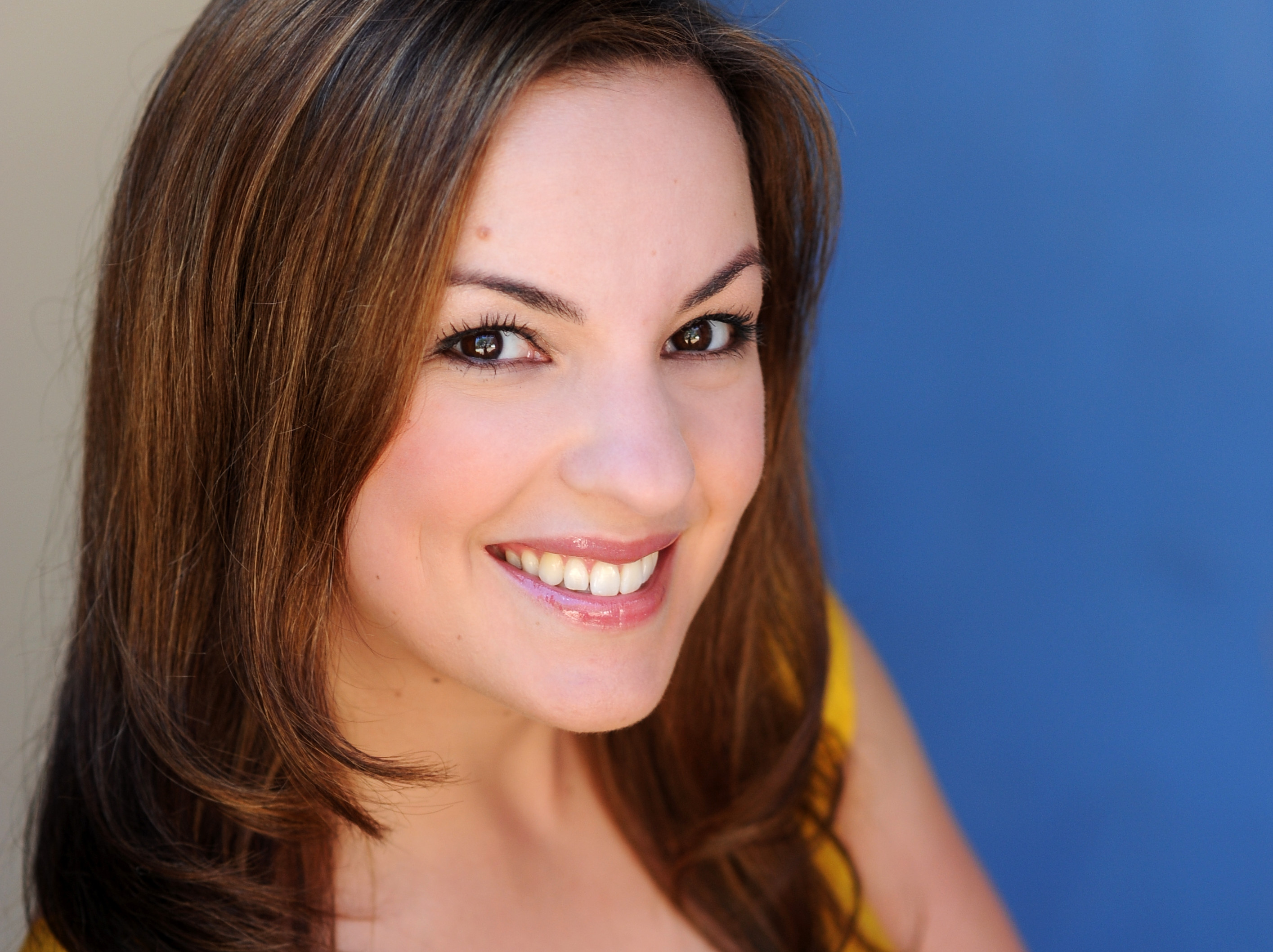 When resident Stratford musical starlet Chilina Kennedy had to drop out of the new Gershwin musical Crazy for You, the leading role of ingenue Polly went to the indefatigably sweet young triple threat Natalie Daradich. With stellar tap skills, a soaring soprano and a very Judy Garland-esque charm, it’s hard to imagine any Polly quite as captivating as the Best Actress in a Musical nominee.

Can you remember your first experience with theatre?
One of the first shows I can remember my parents taking me to was Phantom of the Opera. After that I was kind of obsessed with Phantom and that’s probably putting it mildly. I had all the cast recordings on tape and the songbook for the piano and I will admit to staging my own production in my bedroom. As for my first experience performing, it was in the ensemble of my high school’s production of Cabaret. I know. Totally appropriate. Hahaha.

What artists have always inspired you? Are they the same today?
I am constantly inspired by anyone who is willing to walk onstage and leave their heart out there for everyone to see. But if I had to pick someone specific, I will always remember seeing Thoroughly Modern Millie on Broadway and marvelling at Sutton Foster’s talent and charm. You can’t help but love her.

Where did you develop your triple threat skills?
I’m a proud graduate of the Music Theatre Performance Program at Sheridan College. And since then I’ve taken lessons and classes here, there and everywhere. It’s important to keep pushing yourself.

What are some of your favourite musicals?
I think they keep changing depending on different new productions I’ve seen. I listen to everything but I have to admit I’m a huge fan of the golden era. It doesn’t really get much better than those musical scores. My Fair Lady will always be one of my favourites.

Tell us about your time in Wicked.
What a wild ride that was. I loved it all. I’ve performed with 4 different companies and have more or less seen the show from every side. I started as a female swing covering 7 ensemble roles and Nessarose, moved into the ensemble and covered Glinda and Nessarose, then I was a Glinda Standby and then got lucky enough to have my own bubble for two years. It was an incredibly special experience to me. I will always love that show and am extremely proud to have been part of a story that sends a strong message about the importance of acceptance and friendship.

You scored the role in Stratford’s Crazy For You when Chilina Kennedy had to pull out because she was pregnant. Tell us about getting that call that you had the part.
Well that one happened quickly. Haha. I was sitting in my NYC apartment on a Friday when my agents called and asked if I could hop on a plane and get to Stratford for Monday. The audition was all day Tuesday and probably one of the most fun auditions of my career to date. I was on my way back to the airport Wednesday morning when my agents called to tell me I’d be moving to Stratford for the season. I was most definitely the crazy lady who cried on the airport bus. Then I called my family and friends to tell them the news. And just to make it even more fun, it hit me that I had 9 days to pack up my life in NYC and get to the first day of rehearsal. It was a whirlwind. But I couldn’t have been happier.

Crazy For You has both crazy high notes and intense tap dancing. Which is the more daunting task?
TAP DANCING! Hahaha. Or am I allowed to say tap dancing followed by some long long high notes on a ladder followed by more tapping? But the tapping bug has caught me and you will constantly find me tapping my feet on the subway or somewhere random. I love going to tap class now.

Were you a Gershwin fan before starting work on the show?
Definitely. I grew up with this music. These are the kinds of songs that are so beautifully written and are nothing but a pleasure to sing.

In most musicals, the songs are written to express what the characters are thinking in that moment but Crazy for You worked backwards, fitting a story around pre-existing songs. Did that change how you approached incorporating the songs into the character of Polly and her journey?
Not at all. These songs couldn’t fit the book any better than if they were written at the same time. Ken Ludwig did an amazing job weaving the songbook into his script. Every time I opened my mouth to sing it was just an extension of exactly what Polly was feeling. It made my job incredibly easy.

What’s Donna Feore’s directing style like?
So much fun. I love working with someone who goes after the book first. We would talk about where we saw Polly’s journey taking her and she is always willing to listen to what you have to say. Donna is very collaborative with her actors but also has a very strong idea of her vision. She also has an incredible knack for figuring out what her actors strengths are and getting the very best out of her people. She is one smart lady.

Tell us about working with Josh Franklin as your leading man.
Who could ask for anything more? Sorry. I had to do it. Hahaha. Josh and I fell into step with each other immediately. I honestly can’t picture doing that show with anyone else. We spent most of our time together and bonded very quickly being the out of townies. We have a great friendship and respect for one another and I think that’s why we had such strong chemistry together onstage. Also the man is incredibly talented. Trust me when I say I didn’t mind getting Gershwin love songs sung to me every day with that voice. I’m a fan.

Do you have a favourite moment from the production?
Am I allowed to say standing on a ladder watching them all do “Slap that Bass”? That number was insane! But honestly I loved the whole show. I loved being a part of something where every single person in the production kept raising the bar. One of my favourite things that the audience wouldn’t know is that two of our boys, Matt Alfano and Jason Sermonia, had dance solos in “I Got Rhythm” around the 7 or 8 minute mark. It would be coming and we would all be waiting to see what they were going to do. Different tap breaks or 13 turns? Who knew? When the audience would cheer for them, so would we, but probably louder because we were just as amazed as they were.

Tell us about the experience of doing the Original Cast Recording.
One of the best experiences of my life hands down. Those are the kind of moments where you have to pinch yourself and thank your lucky stars that you’re a part of something so special. The principals went in for one day to record with the orchestra and then the ensemble went in the next day to add in their vocals. We were really fortunate to have a wonderful Producer, Dave Auster, with this great idea to capture the magic of this production on record. If anyone could thank him more than me, it would be my Grandma. She has been listening to the CD on loop since it came out. We had to get her a second one in case the first one wore out. Hahaha.

What’s your favourite role you’ve ever played?
Polly. I think I landed the jackpot with that one. The show and character are just so full of joy. I thought my heart might burst from seeing all those smiles at curtain call and people of all ages singing along with us. And Polly pushed me to work out of my comfort zone with all the really challenging dancing so I am incredibly thankful for that. Also that finale dress. I still miss it. That’s the stuff dreams are made of.

Do you have any dream roles?
I would love to get another crack at Eliza in My Fair Lady. I was pretty young the last time and would love to take the things I’ve learned along the way and give her more depth.

Did you see many of the other productions at Stratford last season? What were some of your favourites of 2014?
Most definitely. Stratford is such a diverse and interesting company and one I’m proud to have been a part of. You name the genre and they’re doing it. Older works, new works. I would’ve been crazy not to see what my company members were working on. As for favourites…. well personally I thought there was a Servant with a pretty brilliant delivery of her one line in The Beaux Stratagem. Hahaha.

What are you up to now/ what’s next?
Right now I’m back to life in NYC. I’m auditioning and taking class and waiting to see what my next adventure will be. That’s the fun of this business. One minute you can be sitting at home wondering what’s next and 9 days later you could be on the adventure of a lifetime and standing on a stage you always dreamed of performing on.