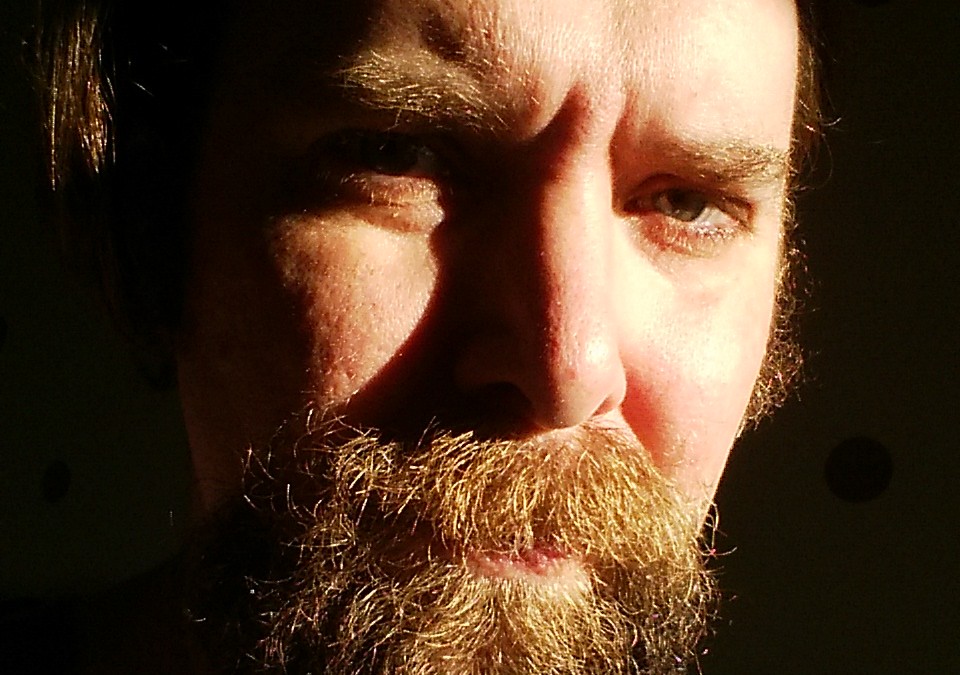 The entire leading trio from Cockfight, Kat Sandler’s superb testosterone-fuelled ode to the makeshift family, is nominated for a My Theatre Award this year (see also: Jakob Ehman and Benjamin Blais). In a fast-moving, hyper-physical, intensely dramatic and wildly funny piece, Brenhan’s quietly heartbreaking performance stood out for its incredible depth and unmatched subtlety.

Can you remember your first experience with theatre?
My mother started a theatre troupe in Spencerville with some friends called the Fencepost Players. She’d direct and produce and illustrate promo material. Initially I was a Fred (usher in tails), but soon I was playing spiders and kumquats in children’s shows. My mother has gone on to start a writer’s guild and a few local magazines. My siblings and I looked up to that artistic initiative. Oh and I also refused to go on as a Shepherd once at St Andrews in Heckston when I was about 5 and watched from the audience in costume like O’Toole.

When did you know you wanted to be an actor?
My mother suggested I would make a good one on account of my love of telling stories. I took her seriously. She could have had a perfectly respectable palaeontologist for a son, poor soul.

What’s your favourite role you’ve ever performed?
The Howie in Howie the Rookie by Mark O’Rowe is the one I probably go out of my way to talk about. David Ferry directed myself and Tyrone Savage in our production in Benny’s shed which held about 25 people. We were right in their laps for forty minutes of monologue each. The play is modern and mythical and a great example of lyrical storytelling. We had a hotplate roasting onions and cabbage atop a broken stove and jars of piss lining the walls. That was our set. I spent the rehearsal process at a derelict orphanage filling in half a floor with Mac Fyfe and working out on the existing half.

Do you have a dream role you’d still like to play one day?
I have a few up my sleeve most times. I can say I’d rather play Macbeth than Hamlet. Or Malcolm. Ross for that matter. I have nothing against Denmark normally. I just got sick of Hamlet around the time I got sick of Holden Caulfield.

How did you get involved with Cockfight?
Ben and I needed to come up with a play for June in April. Neither of us wanted to do the requisite reading so I presumptuously suggested that we ask Kat to write us a play. We each sent her a text with the idea and within minutes had about a half dozen others do the same. Later that night, she met me for several quarts of Export and a good amount of whiskey and something caught on enough that she started making notes. That was quite thrilling.

What’s Kat Sandler like as a director? How does working directly with the playwright affect the rehearsal process?
Well, if a playwright marries the first draft that reaches 50 pages, I think it can be difficult to workshop anything in rehearsal. But working on the only Sandler play I’ve done, I found her to be continuously assessing and refining ideas. No matter how different you may feel from your character’s lot, she’s probably inserted elements of your own persona to come into some meaningful conflict for the story.

What would you say is the most important conversation you had with Kat in developing your interpretation of the character?
We’ve made a date to have it over a 26er of Bushmill’s.

Tell us about working with the actors who played your brothers (both also My Theatre Award nominees this year).
I’ve seen Benjamin a few times most weeks for the past 10 years, so our relationship is pretty brotherly as it is. Cockfight introduced me to Jakob Ehman. He’s an intense and honest person which tends to make for an actor I like to work with. And they both tip servers. If you don’t tip bartenders then I can’t respect your work.

You played the quietest brother with the subtlest arc. How did you go about making sure his side of the story came through clearly when surrounded by louder, flashier guys?
The play begins with Charlie (my character) alone on stage and ends with Charlie alone on stage so I would admit to an advantage perhaps. The script might even qualify him as the audience’s guide to Kat’s world, although I would also say that the action is pretty evenly split between the brothers.

Charlie’s arc is more than subtle. He makes a rash decision which brings the brothers into conflict and he makes another rash decision to violently resolve that conflict.

And the audience wonders, “does Charlie leave or does Charlie stay in the shithole apartment to build another pyramid?”

Cockfight was one of the most physical shows of the year. Tell us about working with fight director Jeff Hanson. Did anything ever go awry during that epic brawl?
Jeff is an excellent driver, an attentive navigator and very skilled at building furniture. He’s meticulous when it comes to sorting garbage. Luckily, he brings that care, diligence and a great deal of imagination to our other job in the theatre. He really considers the character and objectives of each player from the entire narrative when choreographing the combat. Throughout the run he would check up on us and tighten up anything we were sliding on. Besides projectile cans, I believe Ben once caught a mallet that I lost in the air.

Did you have a favourite moment in Cockfight?
Definitely the Brad Pitt bit. That was Ehman/Sandler gold.

What are you working on now or next?
My wife, Staceylee Turner, and I just welcomed a son, Fionntán into the world. Her partners at the Storefront Theatre had already named him “Skypilot” and the indie theatre community met his birth with hope and excitement. With friends I started Red One and the Downstage so that little Skypilot will have an arts scene in which he can take pride and if he wants to be an actor, take part. So I’m working on that and I’m glad so many others are too.

Do you have anything you’d like to add?
Skypilot may become a kick-ass arts administrator like his mother. We’d all be luckier for it. These people facilitate our prancing about on stage.