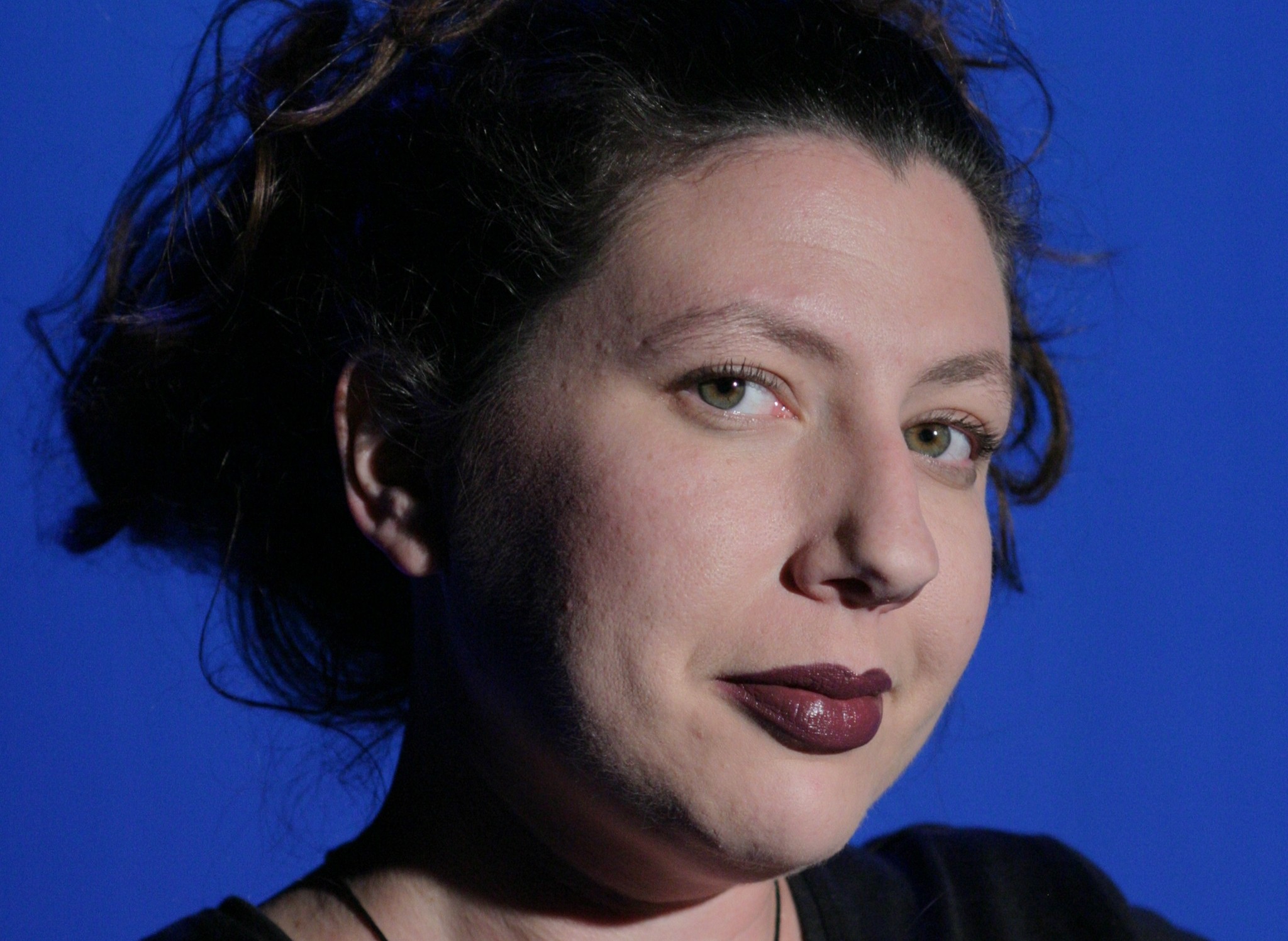 The most intricate set design of the year was for one of its most unassuming productions. In Soulpepper’s underrated Road to Mecca, Diana LeBlanc’s ageing artist Helen put everything on the line for the right to stay in her home- a gorgeous South African dwelling elaborately adorned with sculptures and treasures.  When the light from a series of carefully placed candles reflected off mirrors and glass, an already glorious space transformed into something rightly called “Mecca”. It was Best Design nominee Beth Kates who turned the Michael Young Theatre into a holy place, if only for a moment.

How did you get into designing?
It goes way back to when I started studying visual art at the age of 7 with a real artist, Edith Kernerman, who is pretty much responsible for my eye. Then I stared working for rock bands at the age of 14 because my best friend was in a band. I went to an arts high school, Unionville High School, first in visual art then in theatre. It was there that I really started learning how to design, almost entirely by trial and error. We had small studios and did a lot of little shows, but we also had access to a 500 seat theatre, where we did one big show a year and did a lot of co-op work. It was there I picked up the technical basics, and in fact where I met a choreographer (Learie McNicols) who hired me to do my first professional dance show – at the age of 16.

What was the first show you ever worked on?
I was the Wicked Witch of the West in a summer camp production when I was 11 or 12… I think the first show I worked on was Into The Woods that we did at UHS the year I transitioned from visual art to theatre. I also designed the “set” for my Grade 8 graduation. I guess that was my first “immersive” design since I transformed the whole gym into “Hollywood”, complete with a construction paper Graumann’s Chinese theatre.

How did you first get involved with Road to Mecca?
The brilliant David Storch asked me to design it.

The set in Road to Mecca is central to the action of the piece. It is the Mecca in question and a reflection of the main character. How did those things factor into your design decisions?
David and I worked pretty closely on this. We made the decision not to necessarily “re-create” her home in Nieu Bethesda, but to take elements from it, and to take the essences of certain aspects. The colour, the sculptures, and in particular the owls became very important. We felt as if the owls were her watchers, watching over her, and watching her, in the way that something internal can manifest externally. All the elements, in that way, had to exist in both ideas at the same time, which is why there was no separation at all. Her home had to itself BE and feel like one of her sculptures. The sculptures had to manifest within her home, but naturally, as if they were just others who lived there. One of my favorite uses of the set is a tiny one, but it’s when Elsa comes in at the top of the play and leans on one of the sculptures to take off her shoes and drops her keys into the bowl of it. These sculptures are all important, but her home is not a museum, they are each so much a part of Helen and who she is.

Walk me through the creation process for the Mecca set. How did you work with the director to create the vision?
We worked closely together and talked a lot about the play, and themes, and feelings and the tension of the different worlds we wanted to invoke. There were incredibly inspiring sessions where we would talk and look at images and doodle ideas and then I would go away and draw and draw and send him ideas and sketches and we’d keep fleshing it out. And then I built a very detailed model. Given that the set was complex (even though of relatively small scale) it was important for us to be able to play with moving sculptures around and to have a sense of wether the set would devour the actors or not.

What were some of the technical challenges of such an involved design?
The challenge of how to build the sculptures was probably the biggest one. We went through a bunch of ideas until settling on a carved styro covered in strips of a soft paper dipped in tinted concrete. And the main reason they all looked so good was because of the genius of the scenic artist Duncan Johnstone who carved pretty much all of the sculptures.

Also the real Helen covered her walls in ground glass so that the light would refract everywhere. It meant her house glittered. That was another big challenge to get that texture, and also because we also only wanted it to really sparkle at the climactic moment of the show, so we were cautious with how much glitter went into our paint treatment. I think we may have been a bit too cautious!

There were a thousand details in the set. What were some of your favourites?
There was a sculpture in her home we called the Blake Baby. It was a baby in a glittered bowl on a pedestal. It was modeled very closely off one of Helen’s sculptures and felt like something out of a William Blake illumination. If I had space in my home, he would have come home with me after closing.

There was also a female sculpture arched over backward whom I loved, and the standing one who was absorbed into the wall of the theatre.

I loved her “special” candle and the mirror behind it. There was something about each sculpture I loved. It was hard to pick a favourite. My son liked the giant owl the most, and the lady who was submerged into a pool of glitter. He was allowed to take one piece of glitter from her every time he came to visit.

Were you pleased with how the design worked in practice?
Very pleased. We found some fun ways for the actors to work with the sculptures, and it gave a very still and quiet play an expansive world to exist in. And there were interesting moments of scale. Times when Helen felt very small in the set and times when her soul expanded to include every corner.

Do you have a favourite moment from the production?
The big moment when she lights all the candles is one of the most beautiful moments I’ve had the pleasure of crafting. And then there were two small moments, one where Elsa is sitting up on the window box watching Helen and Marius and the light was playing on her and the sculpture she shared the box with so beautifully. There was also a moment where Marius and Elsa (David and Shannon) are standing under the glass wall, and that is what is illuminating them and it was beautiful and dramatic and perfect for the moment.

What’s your favourite design you’ve ever worked on?
At the risk of sounding cloying, Road to Mecca. It’s hard to pick favorites! Road to Mecca, Vigilante (which I just completed), Bigger Than Jesus, this year’s Ross Petty Panto, and Ragtime are among my favorites, but I have many favorites!

Do you have any dream projects?
It would be lovely to work on a large opera with any of those visionary directors (Lepage, Egoyan…), or really any Lepage show, or a Cirque show – how fun would that be? And I’d love to work with Simon McBurney at Complicite, the Scottish company Catherine Wheels, Patch Theatre in Austrailia among so many many others!

It would also be incredible to go back to rock and roll and design a concert for NIN or The National or Radiohead or Arcade Fire.

What are you doing now/ what’s your next project?
I just opened a show in Edmonton by the remarkable Jonathan Christenson / Catalyst Theatre called Vigilante. Next up is Emily’s Piano at YPT, Pygmalion and Light Up The Sky at Shaw, Seeds at Blyth, and the 20th anniversary of the Ross Petty Panto.

Do you have anything you’d like to add?
Just that I have been very fortunate to work with some amazing directors over the years. Ones who have fully embraced design, who love designers and the role they can play in the development and depth of the work, and I am incredibly grateful for those experiences.

Thanks for doing this Kelly!