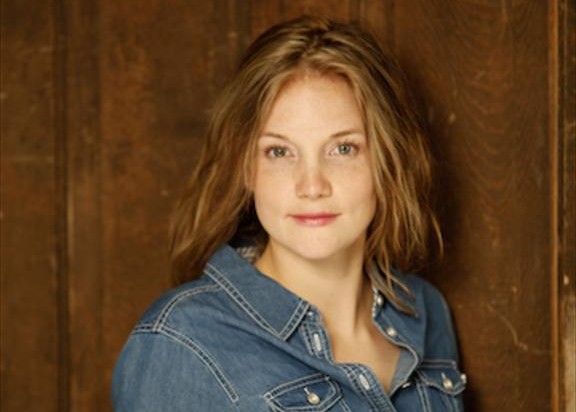 Soulpepper had a very successful 2014 with plenty of big-ticket productions that made many a year-end and awards list (including ours). The Road to Mecca was not one of those productions; it was a quiet three-hander, placed in the smaller theatre as counter-programming to the flashily artistic Of Human Bondage. Perhaps because it served as a light in the darkness of the heavy matter next door or because it felt inherently underrated or for no reason beyond its self-contained merit, we loved The Road to Mecca. It was warm and hopeful, delving into human complexity and failing without ever losing sight of human decency and strength.

Shannon Taylor’s beautifully restrained performance as schoolteacher Elsa embodied all of that perfectly, earning her a Best Actress in a Play nomination this year.

Can you remember your first experience with theatre?
The first thing that comes to mind is my first ever audition. I was ten years old and I was auditioning for the local music theatre troupe in Barrie, Ontario. It was called The Strolling Youth Players and I still remember my actions from the two songs I sang. I did a back walkover from one song into the other. That still makes me laugh! I was a member of the company until I was 16 years old.

Where did you develop as an actor?
I’ve been blessed to have had great training throughout my time as an actor. I first trained in musical theatre at Etobicoke School of the Arts, and then went on to get my BFA in Acting at Ryerson University. Since graduating, I have also trained out west at the Citadal/Banff Centre Professional Theatre Program and I am currently training in the Birmingham Conservatory for Classical Theatre at the Stratford Festival. Needless to say, most of my development as an actor comes from performing in productions and learning by doing.

What’s your favourite production you’ve ever worked on?
Too hard to narrow it down! I’ll choose two productions that were very influential. I played the role of Liesl in The Sound of Music at the Stratford Festival when I was 16 years old. It was a monumental year for me, to say the least, and it was that year that I officially decided to pursue acting as a career. That one will forever be remembered. Secondly, playing the role of Jo March in Little Women the Musical, at the Citadel Theatre in Edmonton, holds a very special place in my heart. I loved her fiery spirit and the chance to sing again!

How did you get involved with The Road to Mecca?
I auditioned for the role of Elsa in The Road to Mecca. I hadn’t worked at Soulpepper before and it was my first time meeting both David Storch and Diana LeBlanc. I had previously worked with David Fox on a two-hander called When the World Was Green.

Did you do much research into the political climate and educational system in South Africa when preparing to play a teacher there?
I first started by reading many of Athol Fugard’s other works. It helped me to better understand his voice as a playwright. I researched South African history as well but I found a lot of inspiration in researching the real Helen’s ‘Owl House’ in Nieu Bethesda, SA. The play is based on a real woman and her house still stands and is open for viewing. I also was very blessed to be in a room with David Fox, Diana LeBlanc and David Storch who had depths of knowledge. I learned the most about South African history from our conversations in the rehearsal hall.

What was the most important conversation you had with your director in developing your character?
David Storch is such a joy to work with. He is an incredibly sensitive, supportive and open director. We talked a lot about Elsa’s desire for love and the importance of her relationship with Helen. Elsa is a very opinionated, sometimes outspoken woman. David always made sure I understood where that passion came from and reminded me of her immense love and need for Helen.

Your relationship with Diana Leblanc as Helen was really well developed. What was it like working with her?
Diana is marvelous! A very classy and articulate woman. I didn’t know Diana before rehearsals so I was grateful that we had six weeks of rehearsal to really develop a relationship. She became not only a colleague but a friend as well. She taught me that the easiest way to peel a hardboiled egg is with the back of a spoon, who knew?

Do you have a favourite moment in the production?
I enjoyed lighting all of the candles in Helen’s home in Act II. I was always captivated by the candle light and I loved watching Helen (Diana) paint the picture of her Mecca while the candlelight revealed her story.

Tell us a bit about your incredibly well-reviewed site-specific show True.
I am thrilled I was able to be a part of the True ensemble. It was such a team effort. The show was written and directed by Rosa Laborde and started out as part of the 2014 Fringe Festival. We then went on to have another very successful run in early September. There is a great sense of pride when developing a new Canadian production and originating a role. It requires a different sense of responsibility which at times can be very challenging but also incredibly rewarding. I hope to see True have another life!

What are you doing now/ what’s your next project?
I’m beginning rehearsals for the Stratford Festival’s upcoming production of The Diary of Anne Frank, where I will be playing Anne’s sister, Margot. I will also be in the Stratford productions of She Stoops to Conquer and Oedipus Rex.