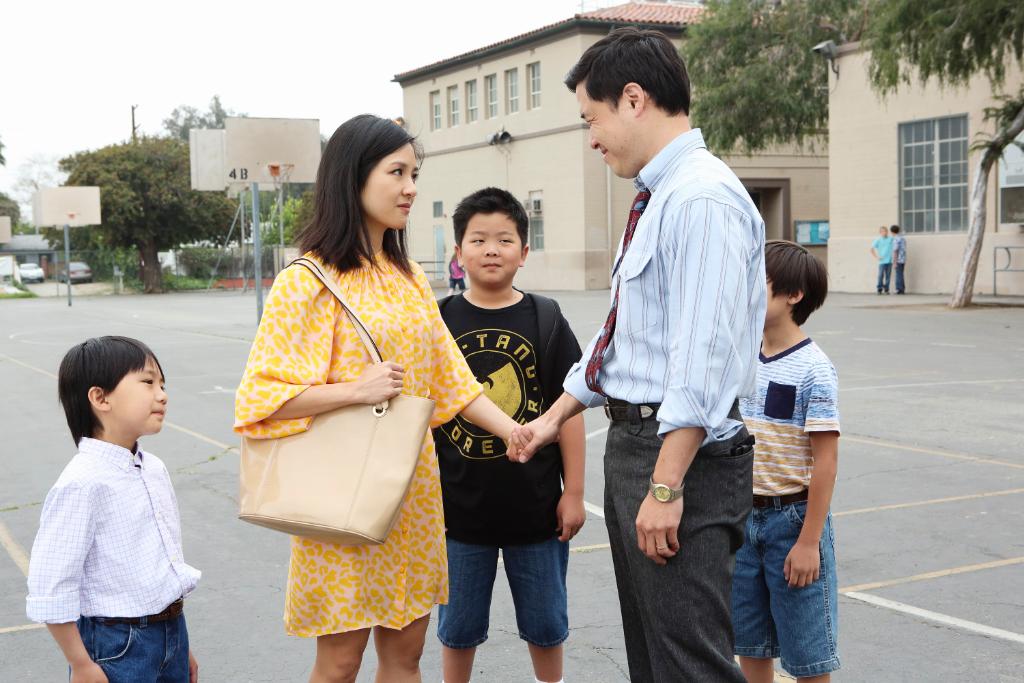 Pilot Watch: Fresh Off the Boat

If you’ve been following the lead up to ABC’s Fresh Off the Boat premiere, as I have, you will have witnessed quite the spectacle. When the first promo dropped some time last year, the actual premiere date was left vague. It eventually was scheduled for a mid-season premiere in February of 2015. A lot of hubbub was made over the fact that the show, based off a memoir by Eddie Huang, would be the first American network show in decades to focus on an Asian-American family. Then in January, Huang wrote an opinion piece criticizing the show, the process of creating the show, and the creative powers behind it before backtracking. There was also a press conference where the cast was asked about chopsticks. So when the show finally premiered, it was a relief to finally find out: is the show that caused all this commotion any good? And the answer is yes.

Disclaimer: I haven’t read Huang’s book, so I can’t compare the show to its original source. For those of you who haven’t read the opinion piece, a lot of the conflict between Huang and the creative powers behind the show stems from the difference between Huang’s unapologetic and in-your-face outlook, and the show’s need to tailor itself to a network audience. I can see both sides of the argument. But showrunner Nahnatchka Khan created a fantastic fish-out-of-water comedy series that will hopefully appeal to a large audience. While a lot of the humor comes from the Huang family adjusting to the overwhelmingly white Orlando suburbs, there’s a lot of comedy born from the dysfunctionality of the Huang family itself.

At the head is matriarch Jessica, played to perfection by Constance Wu. Constance is much more reluctant about embracing American culture than her husband Louis, who moves the family from DC to Orlando so he can operate a western-themed restaurant. (Incidentally, Louis is played by Randall Park, who also recently appeared in The Interview – if you want to talk pre-release drama…) Jessica has to convince her equally unenthusiastic son, Eddie, that Orlando might not be so terrible. She is honestly a little terrifying. When Eddie gets straight A’s, she marches right over to the school and yells at the principal for not making class hard enough. She’s strict, uncompromising, and as she reminds the employees of her husband’s restaurant, she sees everything. But she does it because that’s how she cares about people, and there’s something sincere and kind of sweet about it. Jessica is many things (tough, supportive, stubborn) but she is consistently hilarious.

Of course the technical star of the show is young Eddie Huang (Hudson Yang), with the real Eddie Huang providing voice-over narration. After watching the show, I’m not sure young Eddie is the actual “main character”. This is nothing against Yang, who captures how difficult it is to be eleven years old. Eddie swaggers around and talks big, but is clearly an outsider and is acutely aware of it. He’s awkward in his attempts to fit in, and it’s endearing. In the pilot episode, he begged to be given “white people food” for lunch, which resulted in a quest for Lunchables. (The show is set in the 90’s, so there are Lunchables and boom boxes, and yeah, it’s funny and nostalgic).

I say Eddie is the technical star of the show, because it is based on Eddie Huang’s memoir. But in practice, the show is equally Eddie, Louis, and Jessica’s story, with the rest of the Huang family supporting them. It’s a good balance for the show, alternating between the struggles of being a kid, and the struggles of raising kids. Louis and Jessica are excellent partners because they’re complete opposites. Louis is relentlessly cheery and optimistic. And like I said earlier…Jessica is scary. But she has Louis’s back.

The thing I like the most about the show is how it divides the source of its humor. Yes, some of the humor derives from the Huangs’ otherness, and yes, the fact that they’re Asian. But if you’re a minority, society makes it very hard to forget that you’re different than the majority, so why should the show shy away from this? The show embraces its identity, but doesn’t rely solely on it. It’s funny, because it’s based in truth, as the best comedy is. The majority of the other humor is familial based, which also has the ring of truth to it. As Eddie says, “In my family we loved each other, but we showed it through criticism and micromanagement.” Fresh Off the Boat is heartfelt without ever being sappy.

Before the show actually aired, I was a little nervous that all anyone was focused on was that it starred an Asian family. Because, while I was excited to see more representation on TV (about damn time), I didn’t want the sole reason I was watching to be to support a minority lead cast. After watching the first two episodes, I can see its diversity is part of its attraction, but not the only draw. Take away the pre-premiere drama and the novelty of an Asian family on TV, and you’re left with a show about a family that many people should be able to relate to because while they are outrageous, they are grounded in truth. And also, it’s really funny.

Some of the best one liners from the first two episodes:

Jessica (on finding out one of her sons is lactose intolerant): His body is rejecting white culture, which makes me kind of proud.

Louis: I’m sorry. My son got straight As and I told my wife I love her. We’re going through a rough patch.