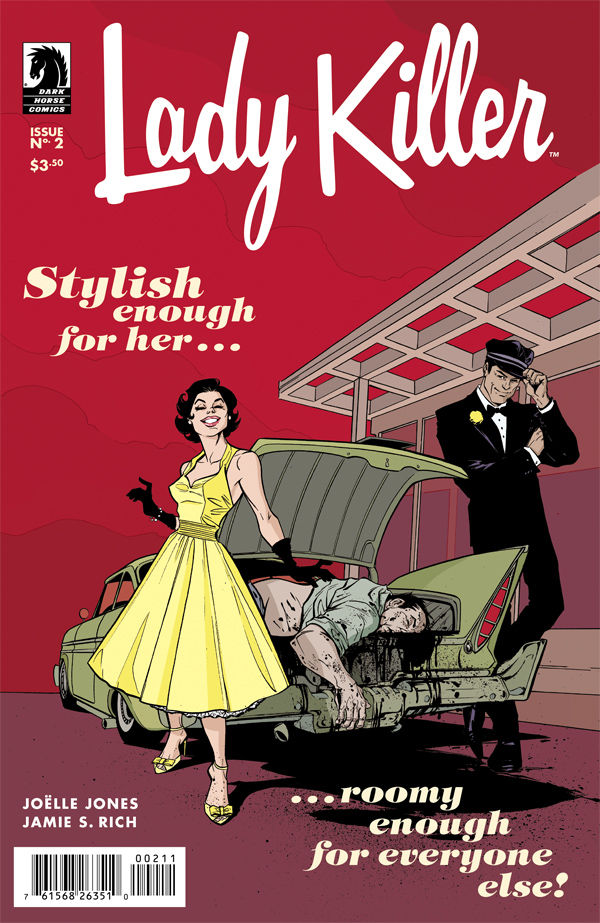 I’ve never been particularly patient with serial or otherwise long-form storytelling. If I’m not grabbed from the start of something, there’s a good chance I won’t hang around for whatever the creator considers the point of the endeavour. After watching the pilot episode of Lost when it first aired, I was convinced that that television show’s days were numbered. You may take from the previous sentence what you wish regarding my taste and the clairvoyance of my criticism, but when there’s no easy way to skip wonky bits without losing the thread of what’s going on (as one can with the songs when reading Tolkien’s books), I move on to something else. I’ve had the opportunity, here, to share my thoughts about a few comic books early in their respective runs and I’ve been continuing to read those series because their quality hasn’t waned.

It’s especially easy to commit to reading just one single comic, cover to cover; to give a creative team every opportunity to grab you with a narrative style, a colour scheme, an intriguing secondary character or two. You make a modest investment in something new and often have a full month to decide if you want to keep going – how’s that for low-pressure? And, when your pull list, like mine, is mostly comprised of ongoing episodic adventures full of heroism, it’s nice to find something a little darker and grittier to cleanse the palette. Enter Lady Killer, a title currently preparing a second printing of its second issue, with an invitation you can’t decline.

Set against a suburban backdrop highly reminiscent of Mad Men, this series follows an iconic housewife who happens to also quietly be a contract killer. The plot of this five-part arc by Joëlle Jones and Jamie S. Rich is still unfolding, but the first forays have been deliciously wicked. The story has all the tidbits one might expect of such a tale: a seemingly clueless husband, a suspicious mother-in-law, circumstances where the whole house of cards could be brought down and secrecy might be compromised. Jones’s stunning art eloquently captures every nuance from prim and proper domestic situations to the appropriately graphic sequences of the titular working woman getting down to business. The whole mildly uncanny experience is sensually enhanced by Laura Allred’s opulent choice of colours and the masterful lettering provided by Crank! – no detail is overlooked.

It wasn’t until I was reading Lady Killer #2 that I realized there are only five issues anticipated. I hope the series’ success thus far is a cause for consideration of continuing its premise in some fashion. It’s so easy for me to get invested in a uniquely subversive angle on a world comprised of pristine appearances. Maybe all the big blue boy scouts and realizations of great responsibility out there have given me an appetite for something sinful, but there’s nothing guilty about the pleasure in question. Thus far, my only frustration has been with the fact that the protagonist isn’t calling more of the shots or doing a particularly pronounced job of standing up for herself. Maybe she’s destined for a Peggy Olson moment. I definitely hope so. A morally ambiguous empowered retro take on Alias would have my undivided attention.

Or maybe five issues are all this story needs. That’s entirely possible. As a fan of the BBC’s version of the office and not NBC’s, I can hardly take issue with this limited run if that’s the case. Based on the way things have been revealed to this point in the storyline, they’ve successfully seduced me. What’s not to like about something a little bit mischievous, wrapped in a wholesome, polite package and offered with a raised eyebrow and a playful, “Wanna try?”