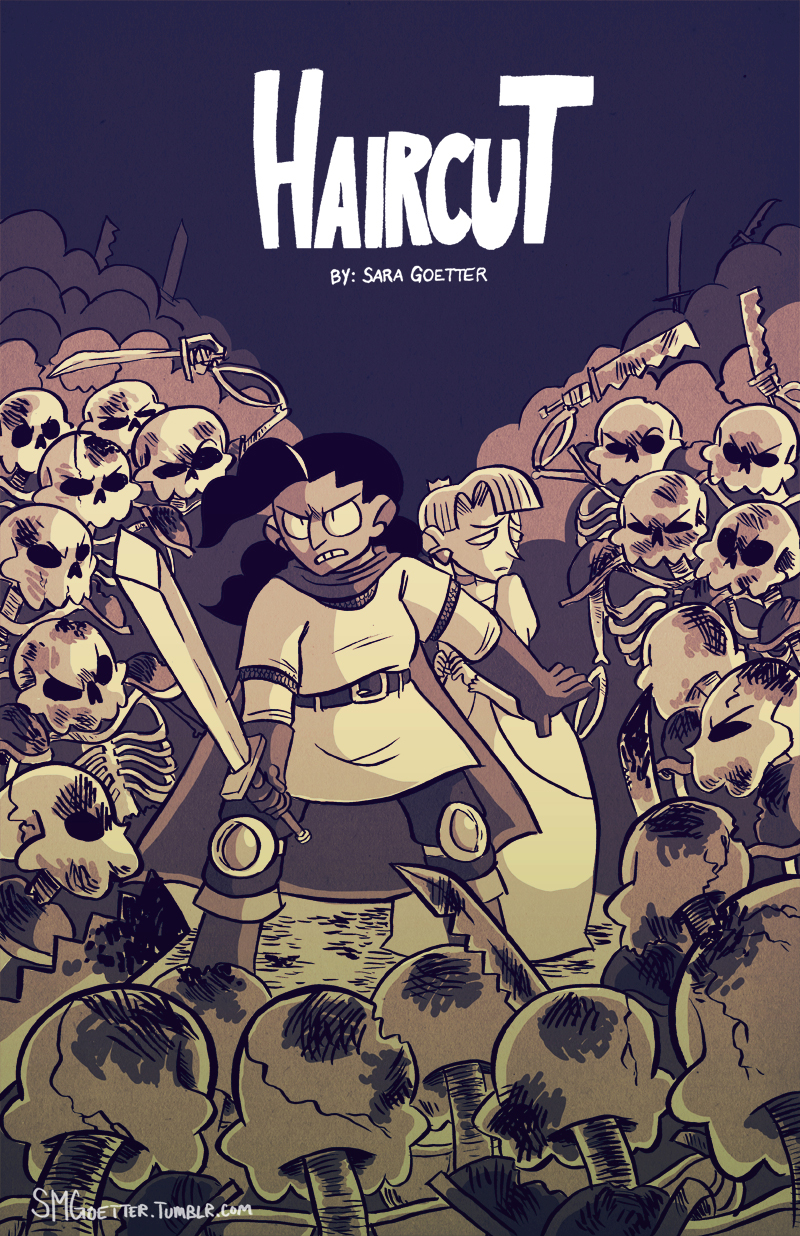 Reading Into Some 2014 Favourites

I’ll remember 2014 as the year I got back into comics in a big way. I enjoyed a lot of what I read, but I know I also just didn’t have time for the volume of good comics and graphic novels that arrived this year. How exciting to think that there’s a new year full of new comics on the horizon. And the beauty of books is that these five titles(plus one honourable mention I wouldn’t dream of leaving off my list) can be as fresh and delightful for you in 2015 as they were for me this year.

5. Teen Dog – Don’t let your feelings about teens and/or dogs prompt you to judge these books by their covers… unless you concluded that the stories in them revolve around a canine character who loves pizza, is wicked-awesome at just about anything he tries to do, and sports a very fashionable denim jacket as he attends high school. Yeah. He’s the coolest kid there and the nicest. Written and drawn by Jake Lawrence, the limited eight-issue series began in September of 2014 after the brilliant minds at publisher Boom! decided to take a webcomic and put its zaniness on paper. I’ll admit I was skeptical when I heard of the premise in advance of the comic’s distribution, but reading the first issue made me a fan.

4. Shoplifter – September was also the month that illustrator Michael Cho launched his graphic novel about a young writer in the big city whose aspirations and day-to-day life are at odds. Cho’s style is a feast for the eyes in black, white, and pink and, with it, he is a very efficient storyteller. It’s a story that’s sure to resonate with everyone on some level, but particularly those who have grappled internally with being employed at jobs out of sync with their vocations.

3. Rat Queens – Here’s where I start to liberally interpret the 2014-based parameter of my list. Though the first three issues hit shelves in late 2013, the first story arc concluded in 2014. The first trade paperback, collecting that arc into a single volume, was also released this year. The Rat Queens are four butt-kicking adventurers in a world of monsters, medieval combat, and magic. They work hard – the elf mage, dwarf warrior, human cleric, and halfling rogue – and they party harder. Readers timid around sex, drugs, and expletives may be put off, but it’s a rollicking good time for the rest of us. This ongoing series is scheduled to resume in January. I can’t wait.

2. Saga – Now that I successfully snuck in a series which started in September of 2013, I hope you’ll indulge me with a series whose first issue went on sale March 14th, 2012. My rationalization is that a hardcover collecting the first 18 issues was released in November of this year and the fourth trade paperback was on bookshelves a month later. Saga lives up to its name. The most engrossing and entertaining story of love in a war torn galaxy you are likely to read. Exotic alien races, bounty hunters, robots, political intrigue, romance, comedy… you’ll laugh, you’ll cry, it’s better than Cats. And that’s no lie. And that’s a joke you’ll get if you read it. You should read it. Why aren’t you reading it? Honestly, these comics are such an epic undertaking that I don’t think I could presume to review individual issues, so you’ll only ever see me write about them in this abbreviated format. Do yourself a favour and check them out.

1. Lumberjanes – I’ve already gone into detail about my favourite group of happy campers. Based on what they mean to me and my current passion for comics, they had to top this list. This is where I’ll suggest you go and read that review and then come back when you’re done.

Haircut – The entirety of this short comic by Sara Goetter is available online. It was published on her Tumblr account in March and it is a joy to read. I share it with others frequently, because it can still be read there for free, but I also purchased both digital and physical copies of the comic. I can’t put my finger on why this twist on a tale of a knight and a rescued princess continues to resonate with me so deeply, but I know I found it at a time that it could(and did) open me up to a broader understanding of what comics can be. Goetter has several ongoing online comics projects, each of which is delightful, and I look forward to seeing what she creates in 2015 and beyond.

So, there you have it. The comics that made my year. I resolve to read more great books and write a longer list next year. Now, let’s go get reading!