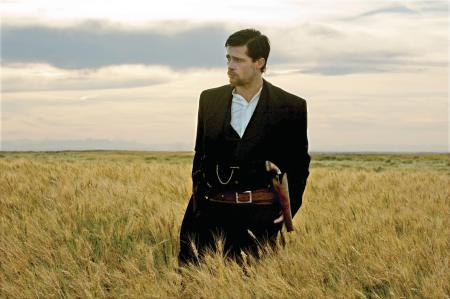 The Assassination of Jesse James: a Retrospective

On September 21, 2007, the film The Assassination of Jesse James by the Coward Robert Ford opened in limited release in 5 theatres. My research on its release outside of theatres shows that it screened at the Toronto International Film Festival (TIFF). I am certain it may have been screened for critics at other film festivals, but this is just one of those films critics did not appreciate enough in its time.

Roger Ebert was always a champion of brave filmmaking and was one of the few who gave this a strong positive review, yet nothing in his review singles out the film’s greatness.

Those who hated the film like New York Post columnist Lou Lemenick stated Ford was “As pretentious and lengthy as its title, “The Assassination of Jesse James by the Coward Robert Ford” is a gorgeous snooze, somewhere between imitation Terrence Malick and a feature version of star Brad Pitt’s notorious Vanity Fair layout with Angelina Jolie and their faux kids.”

Many films need to age like wine, they get better in time. In reality if you love and value the art of film making there is something intuitive, which must take place. Ford provides a deeper layered aspect of the Wild West, moves beyond the traditional John Wayne good guy role, and takes on one of the first American celebrities, who went down in infamy.

Over the years critics and viewers alike have struggled with films that take genres outside their traditional tropes. The Western is an excellent case in point, throw in the theme of two men who fall in love (Brokeback Mountain), or that blue the line of good guy/bad guy, and it’s a struggle for people to wrap their heads around the film. Ford is not entirely about the action, the racing to save the “dame,” but rather constructs a complicated relationship between two men. Throw in some mild homoerotic undertones, and complicated hero worship and you have this film.

I never go to see The Assassination of Jesse James by the Coward Robert Ford, in theatres, its largest expansion was to 301 theatres, and I was living in the middle of rural upstate New York at the time of its release. A screening on Nov 9 was the third time I saw the film and the first on the big screen, in 35 mm at the Brattle Theatre in Cambridge.

Sitting in the theatre I was transfixed by this beautifully written/directed film from Andrew Dominik. Dominik provided context to two complicated men, and their complicated history. Brad Pitt stood even taller as James, and Affleck’s Robert Ford was no coward, just watch his face throughout the film. Getting to see Roger Deakin’s beautiful cinematography on the big screen sealed the deal. Throw in a Q&A with Casey Affleck at the end, and you complete the surreal experience of re-visiting this underappreciated classic.

Affleck added depth to experience of the viewer, mixed with his affable nature, I found myself further misunderstanding how this film got lost in the shuffle of 2007. Although this was the year of No Country for Old Men, and There will be Blood, but if you love film, you can’t ignore one great film for a few others. Zodiac was sorely lost in the shuffle too that year.

If you have not seen The Assassination of Jesse James by the Coward Robert Ford, you must. Ford is one of the most layered, authentic film experiences of the 2000s, and deserves the respect people denied it many years ago.