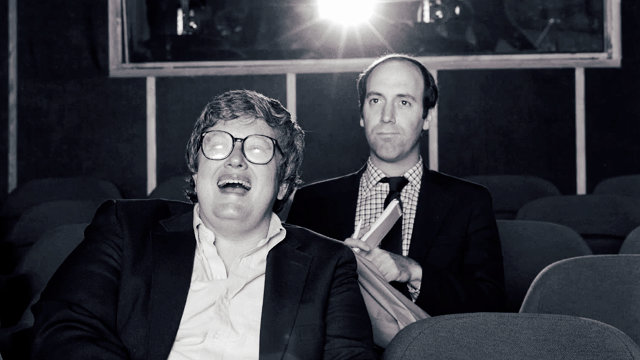 Steve James’ documentary about Roger Ebert- filmed in the last few weeks of his life and release after his death- moved me more than any other movie in 2014 so far. The scenes shot in the hospital are harrowing, the unbelievable strength of Roger’s wife Chaz is inspiring, and the film’s dedication to portraying the stubborn, imperfect man behind the beloved legend is really what makes Life Itself great.

But, mostly, I loved it because it moved me. I began to cry in the film’s opening scene- Ebert onstage talking about movies as “empathy machines”. I cried many more times over the course of the documentary (most notably in the section about Siskel’s death and the image of the crowd at Ebert’s funeral, raising their thumbs in the air in tribute) and I laughed a few times too (one bit of footage from a Siskel & Ebert promo taping that shows the critical duo squabbling is fascinating and hilarious) but it’s those first tears that most thoroughly capture what was special about Roger Ebert.

I do most of my writing for this site on the My Theatre branch and the localized nature of that community means I’m more exposed to my subjects than the My TV or My Cinema reviewers. In Toronto theatre, specifically (though you can see it across mediums and geography), there is a lot of resentment towards the critical landscape. The word “toxic” gets thrown around with strange frequency and one theatre has even decided to disinvite critics from opening nights, only allowing us access 5 days after the production has benefitted from word of mouth (the assumption being that a critical perspective is meant to tear the production down). Most revealing, however, is the widely accepted opinion that the top critics (meaning the 2 or 3 big names who write for the national papers) have lost their love of theatre. I don’t know how much of that is over-sensitivity and how much is reaction to specific negative reviews but I do know that I never want anyone ever- no matter how scathing I may occasionally be- to think I’ve lost my love of theatre (or TV or film, for that matter). That was always my favourite thing about Roger Ebert- and you can hear it in that speech he gives to begin Life Itself– he loved movies. Loved them. Even when he hated them, he loved them.

Ebert was never afraid to hold back on a negative opinion (he lampooned Three Amigos while sitting next to Chevy Chase on Carson’s couch!) and he absolutely took no prisoners, but in every review he ever wrote and every fight he had with his frenemy Gene Siskel on national TV, you could tell he loved the movies. He didn’t like The Color of Money and in the documentary you hear Scorsese himself say that the criticism wasn’t an attack, it was a call to arms. It was an “I believe in you, you’re better than this; go make the movie I know you can make”.