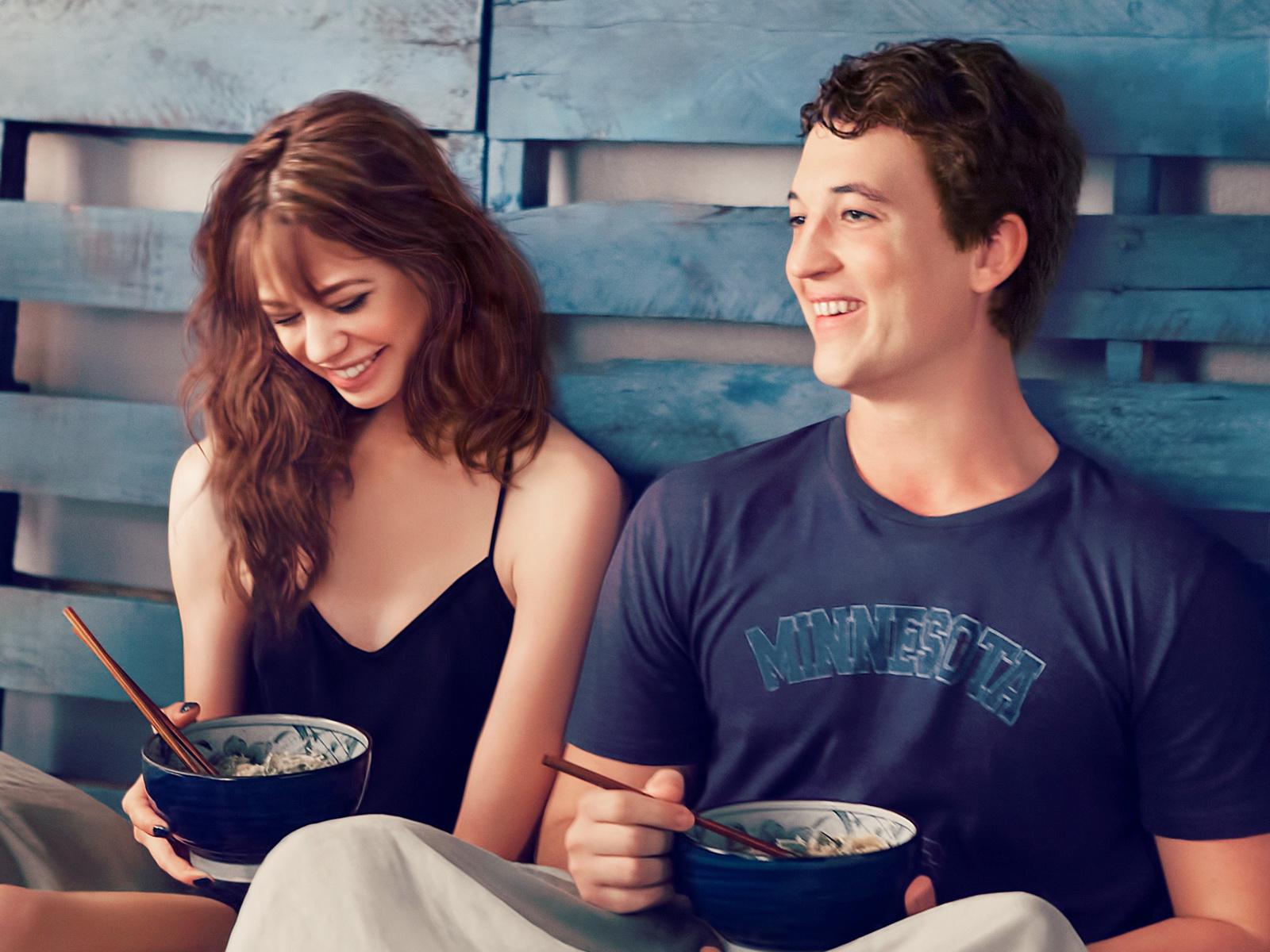 … that’s an order. I mean it. If you let awards-ready Sundance hit Whiplash go to wide release without already knowing and loving the work of one of the best young actors in Hollywood, I can guarantee you’ll feel like one of those people who hadn’t heard of Melissa McCarthy until Bridesmaids. From 2010’s Rabbit Hole to Footloose to last year’s breakout leading role in The Spectacular Now to, this, his second fantastic romantic dramedy turn of 2014 (with That Awkward Moment), Miles Teller’s work up to this point has been entrancing and well-regarded (he won our Emerging Artist My Cinema Award for 2013) but I predict that it’ll be his upcoming turn as a jazz drumming prodigy in Whiplash that is his watershed moment. In very limited release at the moment, Whiplash won’t be making its way to most movie goers for another few weeks (its Canadian release date is the end of November, more than a month after it hits New York and LA- how is that fair?!) so you have some time. Watch The Spectacular Now (where he does arguably his best dramatic work), take a look at Footloose or That Awkward Moment (for a taste of his comic timing), but be sure not to overlook his most recent under-the-radar indie because it’s as wonderful an introduction to the greatness of Miles Teller as you’re likely to find.

Screenwriter Mark Hammer kept it simple in crafting this simultaneously fresh and classic take on the romantic dramedy. Two dissatisfied twenty-somethings meet online looking for a one-night-only situation only to find themselves snowed in and stuck together for an extra 24 hours. With a few framing scenes in acts one and three, the central action of Two Night Stand consists entirely of two people and one apartment (extra points for production practicality). It’s easy to say that a film like this flies or dies with its casting, and that’s definitely true. Teller and Analeigh Tipton are well matched and the low-fi feel of Max Nichols’ tonally insightful direction is captured perfectly in Teller’s naturalism (probably my favourite quality of his). Both actors steer clear of contemporary rom-com character tropes (particularly impressive in Tipton’s case because those big eyes and lanky limbs can easily tilt into a Manic Pixie arena) and ground every moment- romantic, goofy, dramatic or otherwise- in a strong sense of reality.

But while it’s Teller’s charming and true performance that really drew me into Two Night Stand, and the film certainly could have gone very wrong with lesser actors or a director with a heavier hand, Hammer’s script is really what makes the movie more than a well-executed generic love story trying to distinguish itself with a cutesy sense of modernity (here’s looking at you, F Word). Alec and Megan feel like real people, neither unrealistically desirable in keeping with rom-com tradition nor overly-quirky and inoffensively flawed in keeping with post-modern rom-com trends. There’s a relatable mundanity to these defensive, directionless, guarded people and what they want from the world. Megan is a recent pre-med grad whose melancholy reason for not applying to med school is very common in the real world but belittled and under-explored in modern Hollywood mostly because of politics. Alec, similarly, works at a bank and doesn’t have many aspirations beyond that. These aren’t underdogs who need to find love to gain the courage to really follow their dreams, they’re just people hoping to be happy. There’s something really honest and charming about that.

Beyond, perhaps, its simplicity, Two Night Stand is not breaking a lot of ground- its study of gender differences (though insightful in generalized ways) owes a lot to When Harry Met Sally and its final snow-draped scene quickly brings up memories of Bridget Jones– but it’s witty and sweet and captures something that feels very real between Tipton’s quick-tempered Megan and Teller’s expertly indelicate Alec (there’s even a standout supporting character in the form of unexpected oddball Cedric, played by Scott Mescudi). I would have ended the final scene a few sentences earlier on the delightfully casual murder accusation rather than wrapping the happily ever after in such a neat bow but the slightly cheesy and definitely predictable trappings that surround the heart of this story just aren’t that important. The best romantic dramedies are about intimate, honest connection and that’s what Two Night Stand gives you- two people in one apartment and your best opportunity yet to fall in love with Miles Teller.