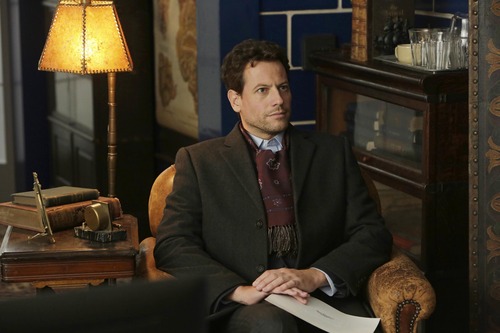 Ioan Gruffudd stars in Forever is ABC’s new police procedural with a twist. Gruffudd plays Henry Morgan, an immortal medical examiner who helps solve cases while also trying to figure out a way to die.

The show slowly reveals Henry’s backstory through flashbacks. It’s not overwhelming, and gives enough pieces of the puzzle that is Henry so he’s not a complete enigma, but not too much information that the audience knows everything. Forever balances these flashbacks with Henry trying to understand his gift/curse and him solving crimes with NYPD officer Detective Jo Martinez, played by Alana de la Garza. A lot of the show’s enjoyability comes from their unorthodox partnership and watching them play off each other. Another great relationship is that between Henry and Abraham, his adopted son, played by Judd Hirsch. Due to Henry’s eternal youth, Abraham looks older than him, and has experienced things in his life Henry will never be able to play. It’s more of a fraternal relationship than a father/son one, with both men having a different perspective on life than the other, and thus having different strengths.

One of the show’s biggest problems is it feels like it’s trying too hard to be an immortal version of Elementary. They’re both set in New York City with a British male lead who has a female partner, and Henry’s powers and methods of observation are obviously Holmesian. (Maybe I’m projecting because I really want Elementary to come back right now). Other than the immortal angle, Forever is pretty much a standard police procedural. That’s not a bad thing. If you know you don’t like police procedurals, then this probably isn’t the show for you. If you do, it’s worth checking out, because it’s a well done police procedural. Gruffudd is a very charming leading man, and so far, the show has done a good job weaving together and connecting the three main storylines.

A downside of the immortal storyline is that in first few episodes, it felt like they were gratuitously killing Henry to demonstrate, hey, guess what, he can never die permanently! They also give Henry a lot of one liners where he very hints at his condition, but everyone else is clueless. It’s not that they’re not funny, it’s just that the show has to be careful not to overdo it. One of the things that’s done well with the immortal storyline is how well grounded it is in the show’s universe. This is a realistic, modern day New York City, and so Henry searches for keys to his immortality in science. Of course with immortality, there will always be some degree of fanaticism, but the show does a good job of limiting suspension of belief.

There is also apparently another immortal being out there who calls himself Adam, because he has been around for over two thousand years. (Henry reacted perfectly with an eye roll). Adam is obsessed with Henry and keeps stalking him. It’s not really clear what he wants, but it’s probably nothing good. It’ll be interesting to see that storyline develop.

Forever has a lot going for it, with strong leads and an interesting premise. As with any procedural, it faces the danger of becoming formulaic, but so far, it has enough surprises to keep it entertaining.